The elephant in the room

November 26, 2021 by Venessa Anthony No Comments

The extraordinary gazette issued on 19 August 2021, which effectively legalised the commercial use of elephants, private ownership of elephants, low standards of welfare, and most significantly allowed for the registration of elephants illegally caught from the wild, has been the talk of the town amongst activists and the general public alike. 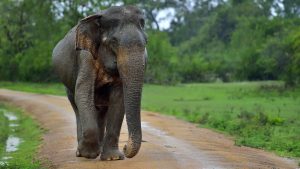 Several members of animal rights organisations and wildlife conservationists petitioned against this gazette, along with the decision made by the Magistrate Court to return 15 illegally captured elephants to suspects, as requested by the Attorney General (AG).

Recently, the fate of 38 young elephants, along with the concept of elephant smuggling, and the welfare of captive elephants was put in the hands of the appeal court, who heard the public litigation against the gazette in question, in the presence of animal lovers, conservationists, and activists. This landmark decision could impact not only the country’s wildlife, but also demonstrate how the rule of law will stand in the face of power and corruption, it is understood.

Failure of the gazette 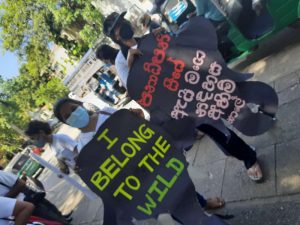 Speaking to Rally for Animal Rights and Environment (RARE) Founder Maneesha Arachchige, she explained that the gazette consists of three parts. “The first is about maintaining standards of welfare for the elephants, the second is on regularisation of registration, and the last is on gifting elephants to temples.”

She stated that the country has already seen the repercussions of the second section, where the AG had advised the Criminal Investigation Department (CID) to withdraw the cases filed against elephant smugglers and everyone keeping elephants illegally without licences.

“The regulations leave room for a three-month grace period for people to register their elephants, which then encourages people to smuggle elephants and allows pardon for those who have committed crimes against wildlife,” she explained, adding that this is why the second section has already backfired.

Upon this request made to the Magistrate by the AG, 14 out of 15 requested elephants were released – all of which were alleged to have been illegally stolen from the wild, back to their captors. Meanwhile, a court case on another elephant named Sujeewa and her calf was set to be taken up on 16 September, which actually favoured animal activists. Arachchige informed us that they were able to save Sujeewa and her baby calf.

Shedding more light on this topic, a Wildlife and Nature Protection Society (WNPS) official claimed, on the condition of anonymity, that on 6 September 2021, based on the advice of the AG and submissions made by the CID, Colombo Additional Magistrate S. Prabhakaran issued an order to release 13 wild elephants stolen from the wild back to those who had abducted them. The official further explained that on 13 September 2021, the WNPS, along with several other conservation organisations, made a representation by way of a motion against the said order, also in the Magistrate’s Court.

“The learned counsels, on behalf of the WNPS and other conservation organisations, submitted to the court that the said order given by the Magistrate was against the basic principles enshrined in the laws of Sri Lanka, specifically the Fauna and Flora Protection Ordinance. The counsels pleaded that the court reverse the order issued on 6 September,” the WNPS official stated, sharing the goings-on in the courtroom.

Arachchige claimed that just last month, another five elephants were attempted to be released, but their lawyers stepped in and did not allow for this to happen. The WNPS too, is closely monitoring the system in order to ensure no more lapse in safety for these gentle giants are made.

What’s next for our elephants?

Arachchige explained the impacts of the decision on two levels, noting that firstly, the elephants referred to in this court order now face the most tragic of lives at the behest of man.

“The gruelling ‘training or taming’ they will undergo is unimaginably cruel; following that, the elephants will spend their lives deprived of virtually all natural behaviours and instead face death in the chains of slavery. What the future of these elephants holds is not really life, but merely existence,” she explained. 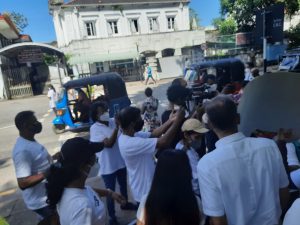 She also highlighted that these 14 elephants were illegally captured and therefore, both the catchers and the keepers, along with anyone else implicated in the racket, should be tried before a court.

“If this doesn’t happen, it sets a dangerous precedent. If wildlife smugglers are rewarded rather than punished, where is the deterrent? Where is the justice?” Arachchige questioned, adding that elephant smuggling is a big business with a lot of money to be made, and that when the law and new regulations favour and incentivise smugglers, we can only expect to see more illegal captures occurring, which will be truly devastating for our already threatened wild elephant populations.

For further comments, Brunch attempted to reach out to the Department of Wildlife Conservation (DWC) for their views. However, as the DWC is a party to the Magistrate Court case, officials have refrained from commenting on this matter until the case is concluded.

Colombo Fashion Week 2019 kicks off with the Emerging Designers show

February 28, 2019 byJennifer Anandanayagam No Comments
With its runway rolled out at none other than the Hilton Colombo, day 1 of CFW 2019 – the Emerging Designers Show – roared to life at 7.30 PM in the outdoor area behind the hotel’s Curry Leaf restaura

Showing film in the new normal