The fear of getting tested for Covid

August 1, 2021 by Dimithri Wijesinghe No Comments

We have lived with Covid-19 for some time now and words like facemasks, vaccination, and new variants have become commonplace. However, with the evolution of the virus and the relatively haphazard vaccination rollout, things aren’t exactly at a point where we can all yet relax, especially in Sri Lanka with the threat of a fourth wave sweeping the nation; we are certainly not out of the woods just yet. 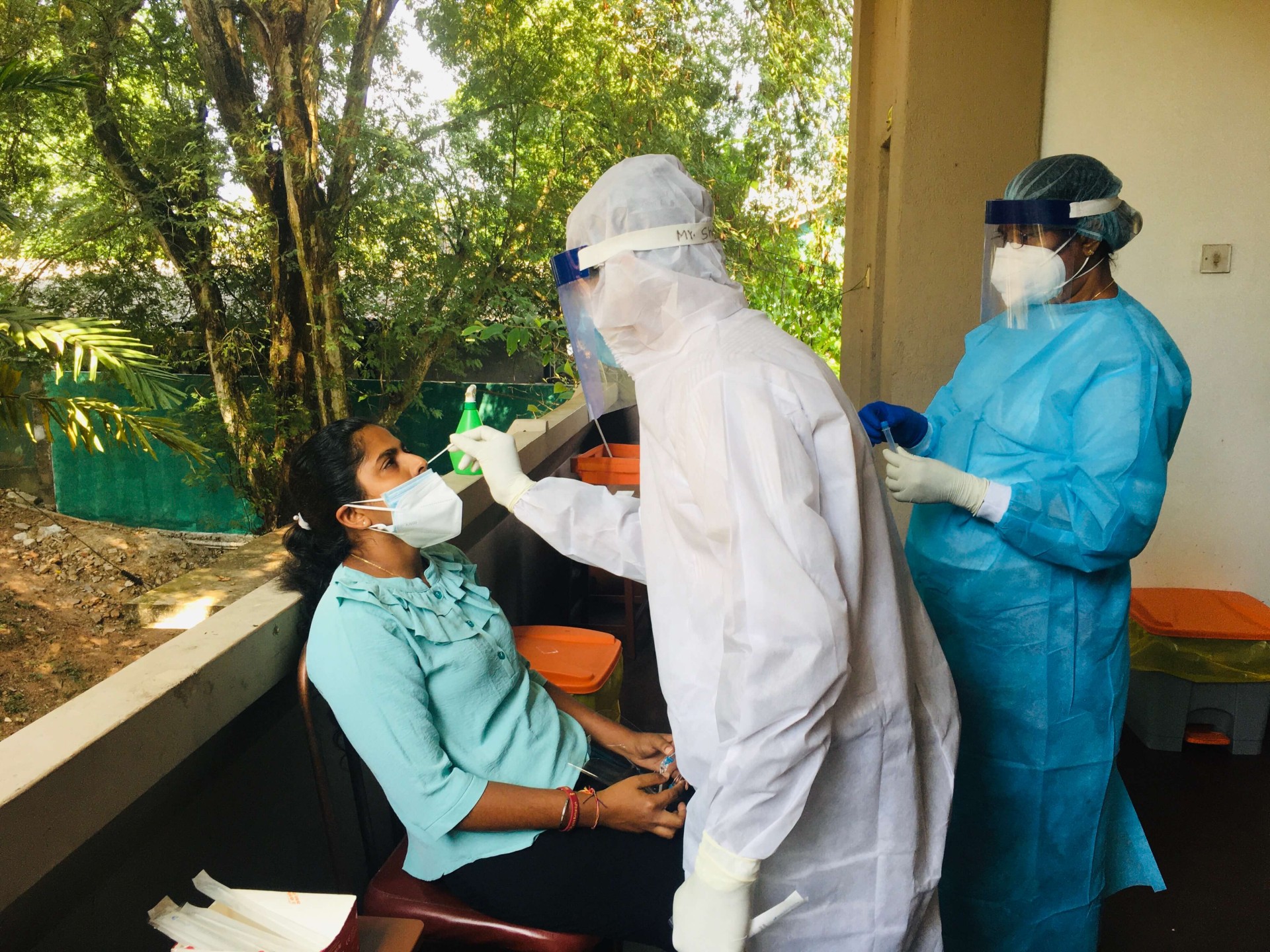 Considering this reality of “living with Covid”, something we’ve all had to come to terms with is the dreaded “Covid test”. Be it the rapid antigen test or the polymerase chain reaction (PCR) test, many of us have gotten tested at one point or the other. However, looking at the international practices, since there is a lesser capacity for random testing in Sri Lanka in comparison, due to various reasons, primarily due to a lack of resources, there’s a considerable portion of Lankans who have avoided getting tested.


We spoke to some members of the public for their thoughts on why it is that they’ve purposefully avoided getting tested, and if there is indeed a “Covid test fear”. There have been numerous instances where doctors have shared that some of their patients have entirely ghosted them in their efforts to avoid getting tested for Covid.
From the many public comments we received, it would seem that reluctance to be tested for Covid-19 is not unique to returned travellers in hotel quarantine or people living in areas considered to be “hotspots”. It would seem that most people, when they experience the more commonly expected virus symptoms, make all efforts to avoid getting tested.


Speaking with Janega Galappaththi, a lawyer working at a law firm in Colombo and who has already had to take a Covid-19 test, she shared that this fear is very prevalent, and that even when she had to get the test last year, she wished to avoid it at all costs. However, for the greater good, she chose to get tested. She said that the medical test result is “not a neutral piece of information”, and she believes that people may refuse medical testing on occasions they have symptoms or refuse undergoing a screening if they don’t have symptoms because they want to avoid the consequences of a positive result.


This motivation to “avoid the consequences of a positive result” has been the common factor amongst many of the public who shared their thoughts with us. Alternatively, there were also those who wanted to avoid the perceived burden of the test procedure itself. However, those were few and far between. Many wished not to be told to quarantine or to have to take the necessary precautions that come with a positive status. And while it may sound somewhat selfish or akin to individualist thinking, many of them had their reasons.


Harindi Perera, who is an IT support person, shared that while in her profession, remote access isn’t that much of a concern, most people cannot afford to have to quarantine, and many relate a positive test to potentially losing money or work. She said: “Particularly if they are not showing any symptoms, and they are not experiencing any difficulties, and if they end up with a positive result after a random test, it feels as though they’ve just been dealt the worst possible cards, even though it is necessary to prevent the spread.” 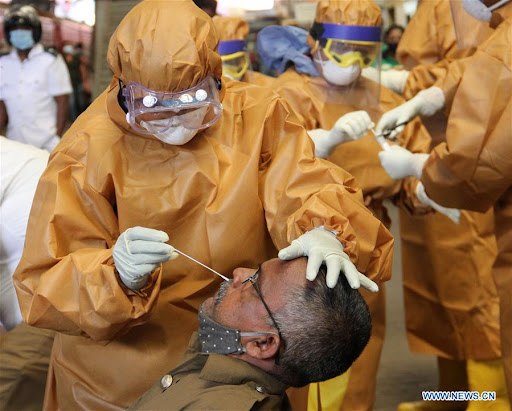 It appears that many reasons for avoiding testing are also structural; for a workforce, it would mean a higher burden associated with having to isolate while waiting for test results, which can take 24-72 hours. Then there’s the issue of job security. If people can’t attend work as they have to either wait at home for test results or recover from sickness, they may lose their job altogether.


We also spoke to a hospitality industry employee who was quarantining alone in a hotel, who shared that what she dreaded most was a positive result on day 10, which will mean a longer stay in isolation. She said: “Hotel quarantine was not an easy experience, particularly because I was doing it alone.” She said that an extension of the time spent in isolation, at a point where the end is in sight, was an awful thought and so, avoiding testing was a preferable option.
Amitha Edirisinghe, a resident of Matara, shared that he avoided going to the hospital due to the fear of getting tested. He shared that he is not the only one and that many of his friends avoid hospital visits because they are scared they’ll get pulled in to do a random test if the doctors found them exhibiting some form of symptoms similar to that of Covid.


Random sampling from communities and performing the rapid antigen test has become a debatable issue. Sharing his thoughts on the matter, Vaccine and Infectious Disease Forum of Sri Lanka Council President Dr. H.T. Wickramasinghe said that of course there is a fear of the test and the consequences are less than favourable, however, it is a necessary evil, and Sri Lanka does not in fact carry out widespread random tests.


Dr. Wickramasinghe said that if patients are being admitted to a hospital, or are scheduled for surgery, then they will most definitely be penciled in for a Covid-19 test. He said that this is absolutely unavoidable and a definite necessity. “If you have to do surgery, then the entire staff is put at risk if you have the virus, and so you will most definitely be tested prior to scheduling for surgery,” he said, adding also that “in case of hospital admission, during your incubation, hospital staff will work very closely with the patients, and if we do not have the positive or negative (Covid-19) status, then you will be contaminating the entire wing, perhaps even the ward, including the equipment, and all the personnel will be put at risk”.


He also stated that if the patient tests positive, then their plan or strategy on how to treat the patient will also have to change drastically, and so for all of those reasons, if you are scheduled to be admitted to hospital or going in for surgery, testing would be unavoidable.


He shared that he too has had some patients who have gone to great lengths to avoid getting tested. “I recently had a child who was exhibiting some trouble in his lungs, and the antibiotics weren’t really responding as expected, so I recommended a Covid-19 test. However, following that interaction, the parents have avoided all of my attempts to contact them,” he said.


We also spoke to some hospital administrators who shared that they have encountered some patients who are terrified of being forced into getting a Covid-19 test. However, they said that if you are not exhibiting symptoms, and there is no risk factor, “exposure to Covid risks previously, etc.”, then you will not be forced into getting a Covid test. They said that it is quite troubling to see that patients choose to bear their symptoms because of their fear of the consequences of a positive Covid test. They encouraged patients not to be so concerned about the consequences of the positive test and to come to the hospital to get their ailments addressed and referred to by a doctor. “If it turns out you have Covid, is it not better to know for sure?”

Trvelkitty – taking any chance to hit the road

August 6, 2021 byNews Admin No Comments
Bhagya Madushani, better known as @trvelkitty on Instagram, is a travel enthusiast who recently faced some difficulty early this year when her travel page on Instagram was hacked and she was unable t

September 28, 2020 bythemorningeditor1 liberty No Comments
An electric bicycle designed and manufactured in Sri Lanka, a first for the island, Rhoda AT (All Terrain) is a bicycle range that’s designed to promote the cycling habit in the country while also fun