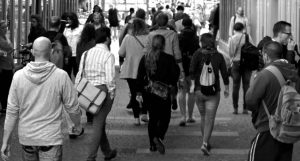 In his opening remarks, ICRC Delegation in Colombo Head Loukas Petridis commended the important role that the families of missing persons continued to play over the decades, to keep the issue at the centre of the political debate on their missing relatives, to find answers, and to change the system.

University of Minnesota Professor Emeritus Dr. Pauline Boss, in her keynote address, focussed on ambiguous loss, and stated: “Ambiguous loss is the most complex type of loss because there is no certainty, and thus, no resolution. Although loss and grief continue, many families of the missing learn to live well despite unanswered questions.”

Highlights of the presentations focusing on the theoretical and practical provisions of psychosocial support to families of missing persons in Sri Lanka and around the world from the University of York Centre of Applied Human Rights research fellow Dr. Simon Robins, University of Colombo Department of Sociology Associate Professor and Clinical Psychologist Dr. Gameela Samarasinghe, and Consultation Task Force on Reconciliation Mechanisms Expert Advisory Panel member Ananda Galappatti follows:

Families of the missing have a range of needs; the need to know the fate of the missing is the dominant one, but there are a range of other needs that emerge during the interactions which are relevant to a psychosocial approach. Dr. Robins, in his presentation, focussed on how families articulate their needs. While the most obvious need and the most visibly targeted during psychosocial interventions being an answer, if it is the breadwinner who is missing, that creates the need for economic support.

“The need to address social stigma, having missing relatives stigmatised in community and often within the family, there is always a gendered impact to that. With mostly men missing, it is the women who are stigmatised as a result. Families also have a need for acknowledgement and recognition. Victims seek their experience and the missing person being valued and acknowledged, and accountability is clearly a part of that,” Dr. Robins added.

However, he pointed out that the impacts should not be generalised, as there is a big difference between the needs of the urban and the rural populations, and a big difference between the needs of men and women. Dr. Robins also noted that, on a global scale, the most marginalised are particularly the poor, women, and those from rural areas, who often struggle to have their needs heard.

“Mental health and psychosocial support (MHPSS) is a concept we prefer to narrow understandings of mental health, because it emphasises the impact on the social, cultural, and psychological. We seek to understand these through psychosocial wellbeing and how all of these can influence that wellbeing,” Dr. Robins elaborated.

While a very small percentage would need dedicated clinical interventions, especially for people who are suffering from mental illnesses and need psychiatric support, a majority would need social support, though they are functioning quite effectively, but they would have various impacts. (See image)

“The continuation to hope and search is seen as a way of honouring the memory of the missing person. In MHPSS interventions, we have to respect that hope and not say that they are deluded or misguided. As long as there is no evidence, they have a right to that hope. In practice, families find themselves caught between hope and despair: The wanting an answer and fearing they would get the worst answer.”
Dr. Robins observed that most of the time, people oscillate between these understandings, where they would begin a sentence with “I know he is dead…” and finish it with “but I really look forward to the day he walks through that door” – and that represents ambiguity. Their need for an answer is more of trying to give meaning to that ambiguity. Not only do they seek an answer, but they seek an explanation of what happened to their loved one. They need to link it back to why they were taken.

“While psychosocial support interventions should not be considered as a means of closure, but should be used to build resilience among the surviving family members and the community around them. During our interventions, we guide them to use their memory as a therapeutic tool to honour their missing in an appropriate way. It could be through a monument, a spiritual ceremony, or through music and art, or even through meetings.”

Four transitional justice mechanisms were proposed to be established by the Government of Sri Lanka in September 2015 at the UN Human Rights Council 30th session. The mechanisms included an Office on Missing Persons (OMP), Office on Repatriations, Truth Justice Reconciliation and Non-recurrence Commission, and a judicial mechanism comprising of a special court and an Office of the Special Counsel to address the legacy of human rights violations during 1983-2009.

The CTF was mandated to gather views of the families of the disappeared on how they thought the transitional justice mechanisms should be designed, how it should be established, and how it should function. Between 2016 and 2017, the families that came forth and shared their experiences helped shape the transitional justice mechanism whilst understanding their psychosocial needs, and coping with distress.

CTF Expert Advisory Panel member Ananda Galappatti focused on the ongoing and new challenges that are arising from the State that produce other threats to the psychosocial wellbeing of the families.
“The MHPSS sector has experienced a lot of challenges which have witnessed a decline in coverage and a reduction of quality of services; though it has been revised to a certain extent in the past years, the recovery has been slow.”

Galapatti, in his presentation, also looked at the State’s transitional justice and reconciliation mechanism in the context of the OMP. He stated that the OMP Act of 2017 provides provisions for psychosocial support and services. Since the commencement of operations of the OMP, he noted that there is a significant commitment from within the OMP to integrate psychosocial support across all the institutions and functions of the OMP.

“The challenges in establishing psychosocial support units across the country would be actually being able to recruit trained personnel with acquired skills. Working within the State, there are certain characteristics, both administrative and cultural, that may pose challenges for providing services that are optimal for the psychosocial wellbeing of those who engage in the process.”

Furthermore, the families of the missing persons over the years have built a deep mistrust in the State and would be reluctant to share their stories. There are many instances where the State has been unresponsive, and State services can be a source of difficulty and even subject to exploitation and abuse, when particularly vulnerable family members go to try and access some of their entitlements.

Galapatti also noted that State initiatives to engage families of the missing and disappeared may be subject to political consideration and would impose limitations in terms of addressing their psychosocial needs, given that these families too come from different political backgrounds which could place them in vulnerable positions.

April 25, 2021 byNews Admin No Comments
A significant percentage of the nation’s workforce are being forced from their homes, and away from their families to seek better economic opportunities elsewhere. Every year, over 100,000 women migra

May 10, 2020 bySarah Hannan No Comments
Small enterprises overlooked by the Government when relief packages to assist in the current climate announced.