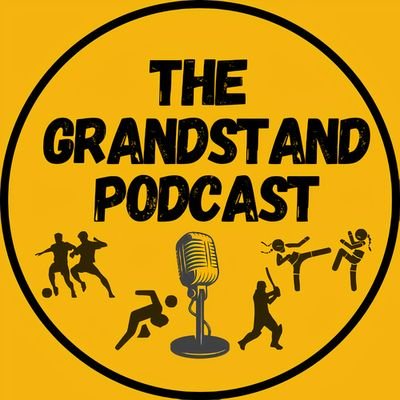 There is not much time left until the next Formula One (F1) season starts and fans everywhere are licking their lips at the prospects the new season brings for the iconic sport. Discussion is ripe and fans on all sides cannot wait to get their say on what has transpired last season and what will transpire next season. With that being said, there is no place better to join in on the discussion than at The GrandStand Podcast, a place where you can find in-depth discussions about all things sports.

We are delighted to announce our partnership with The GrandStand Podcast, as we will now bring you weekly updates on everything that goes down on this entertainment platform. Let us dive straight into this week’s focus: Formula One.

While many could start off the discussion by talking about the season that Mercedes had or Red Bull had, the focus was very different on the podcast. It was clear that the first order of business came about with discussing the terrible season that Ferrari had, which surely is not a discussion many Ferrari fans were looking forward to so soon. Rebecca Pavey and Talal Fauz were quick to weigh in on their criticisms with Ferrari’s season.

“Ferrari’s biggest issue this year was the lack of horsepower,” said Rebecca.

“It is not only Vettel’s fault, the car suits (Charles) Leclerc’s driving style more than (Sebastian) Vettel’s,” said Talal.

Talal and Rebecca were heavily critical of the shift in Ferrari’s technical structure, which brought disaster on both the management level and on the driver’s level this season for the team. The only positive that could be taken from this part of the segment was Talal’s optimism for Leclerc next season, which is only natural given his point that Leclerc was a better fit in the car than Vettel was and Vettel will soon be moving out as his time at Ferrari is coming to a bitter end.

But Talal retains some cautious optimism about what Vettel can still bring to the table despite leaving Ferrari. He believes that Vettel’s move to Aston Martin is an extremely good one for the team, as Martin can benefit greatly from Vettel’s experience as a four-time champion.

Sergio Perez is another point of interest, as he is moving from Racing Point to a new team much like Vettel will be doing next season. This one will be more closely monitored by Talal, who is a Red Bull fan, and he will be welcoming Sergio Perez into the team to race alongside Max Verstappen starting next month. Talal was still sympathetic for the manner in which Perez left Racing Point in the first place, however.

“This is one of the best seasons in Perez’s career; it is sad to see him leave Racing Point after his team triggered the exit clause in his contract,” said Talal.

But Red Bull needed changes like Perez, according to Talal. The reliance of the team on Verstappen was too much and there needed to be another prominent lead driver present at Racing Point who could alternate with him, which is why Vettel makes a good fit. However, the inclusion of Perez at Red Bull could be shaky if he does not get along well with Verstappen, which is one of Talal’s concerns for next season.

Emphasis was also put onto a couple more notorious drivers amongst the F1 community, which came in the form of judgement against the likes of Lance Stroll and Nikita Mazepin. The podcast was rather clear on their opinions of the two, referring to them as “paid drivers” who have benefited more from having rich parents who got them seats on the circuit rather than their own individual talents. Stroll was a little less criticised and given a bit of credit for his own talents, but the hellfire rained heavily on Mazepin from the F1 fans on the podcast. Mazepin has received heavy criticism on social media after a controversial video was posted on his Instagram page linking him to sexual harassment allegations, which is another reason why there was a lack of sympathy amongst the podcasters with regard to Mazepin.

“It is a bit unfair to have deserving drivers like Callum Ilott have his seat thrown away while ‘mediocre’ drivers like Mazepin get a seat in the F1. But that is the sport and money makes the sport go around,” said Talal.

But while many teams up till this point were met with mixed reactions from those on The GrandStand Podcast, there was a consensus amongst most that McLaren had an amazing season last year. Rebecca was particularly optimistic about McLaren, believing that they could possibly even challenge the title itself next season. But even with the positivity surrounding McLaren on the podcast, Talal still weighed in some scepticism as to whether their season was really that good in the first place.

The GrandStand Podcast definitely saved the best for last when they discussed the situation surrounding Mercedes and the upcoming rule changes that are set to take place in 2022. For those who do not know, Formula One is planning to implement a rule over the next few years which will place a cap on the amount of money that teams can invest into their season. This was naturally a largely well-received rule change amongst the podcast, as there was a clear consensus that the domination of the circuit by Mercedes has got so bad that it is practically a one-horse race now. As it is common knowledge amongst those on the podcast as well as with other F1 fans, Mercedes has the best equipment and has constantly improved upon themselves every year which has kept themselves miles above the rest of the competition.

But the discussion of Mercedes on the podcast was not just about their dominance in F1, as The GrandStand took a few minutes to touch upon the rivalry between Valtteri Bottas and Lewis Hamilton in the team. Rebecca was particularly vocal about Hamilton’s superiority as the lead driver despite the numerous advantages that Mercedes has over the other teams, pointing out that Bottas has started races in pole position but still not ended up with a podium finish. Despite the fact that those on the podcast were clearly frustrated with the manner in which Mercedes has a superior edge over the other teams with its car, there was still respect put on Hamilton for having a naturally superior edge as the lead driver over the likes of Bottas who cannot repeat his feats.

“Hamilton can win a race on three wheels while Bottas cannot do it on all four wheels with a perfectly good car,” said Rebecca.

If you enjoyed reading this article and you want to check out the podcast, then be sure to visit The GrandStand Podcast page at www.anchor.fm/the-grandstand-podcast and follow their Twitter page for frequent updates via @The_GrandStand. And be sure to check out the sports section every week with The Sunday Morning Happinez so you can get a copy of my write-up on their latest episodes, which I believe will be a worthwhile investment for any sports fan.

Fun things to do during curfew

April 12, 2020 byPavani Jayasinghe Munagamage No Comments
By this point, you are probably bored out of your minds. I know I am. Not having any routine or schedule has completely disoriented my sleep schedule; instead of waking up at 6 a.m., I am going to sle

The evolution of gaming: Introducing the PS5

November 29, 2020 byPavani Jayasinghe Munagamage No Comments
Gaming has certainly taken great strides in the 21st Century and is about to take another big one with the release of the PlayStation 5. Of course, the hype has not quite been what you would expect fo