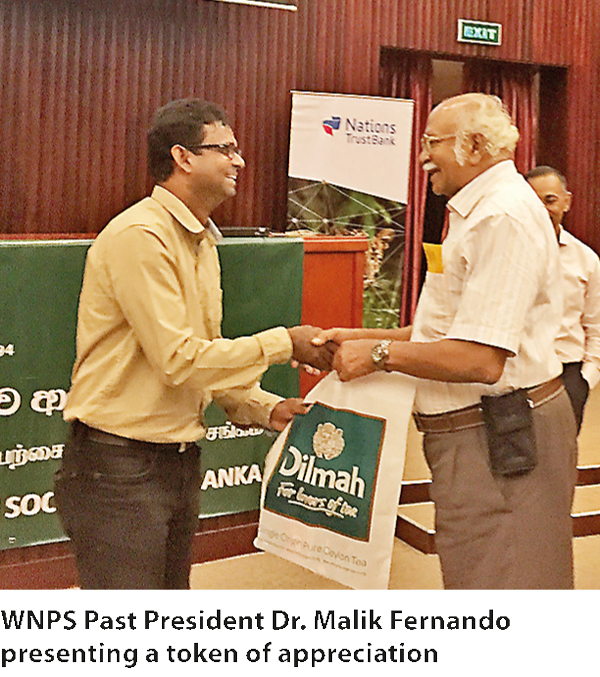 On 17 October, Dr. Sampath Seneviratne brought the whole auditorium to life with his amazing storytelling ability accompanied by captivating visuals. He also thanked the audience for attending as they had a full house, and that too for a session on birds! He jokingly pointed out the fact that it was leopards, whales, and elephants that were the biggest attractions in the past.

Why is it the Greatest Dance?

Migration is not unique to birds; we have other species like leatherback sea turtles, white sharks, bluefin tuna, African wildebeests, and monarch butterflies that move in millions. In fact, the European honey buzzards and white sharks have been migrating for thousands of years in millions at a time.

This proves that it has been happening through generations and that the older generations pass it on to the young of their kind. So why is the migration of birds the Greatest Dance? Modern science’s ability to capture this migration is what makes it possible for us to witness this process and identify it as a dance. 2,500 species of the 10,000 species migrate every year as a response to climate change and the availability of food, and each species migrates in thousands or millions.

There are early observations of migration in the “sandesha kavyas” of our local literature. They speak of using birds to pass on messages. This also suggests that other civilisations may have also known about this characteristic of birds and used them for the same reason. But before proper research was done and the fact that birds migrate was established, there were many myths to explain why they disappeared during a particular season; some believed they went to the heavens and returned and some to the oceans and back – until the time one white stalk returned with an African arrow stuck in its body. The arrow is said to have been from a tribe from Southern Namibia or South Africa.

During the migration process itself, the birds try and stick to routes over land areas. Sri Lanka is at the end of many routes and is therefore identified as a funnel. Teams from India have used bands and satellites to get this information and study these routes. Sri Lanka lacks these sorts of high-tech methods, but together with the University of Colombo and the Department of Wildlife, we try to band birds four times a year.

There is a misconception due to false facts spread by a small group of people that banding is harmful to the bird. We use trained wildlife rangers to capture the birds using nets. This practice is safe, specialised, tried, and tested. It is practiced across the globe. Once the birds are captured, we put a plastic or metal band around the birds’ feet. This band will have a serial number and the Wildlife Department’s details on it.

There is a global database that collects this information and it includes various websites and Facebook pages. If you ever see a bird with a band, please do contact the Department and give the information!

There are eight major flyways that all migrating species of birds use to travel. For example, the Eastern American Flyway, Eastern Atlantic, Eastern African, Black Sea Mediterranean, Central Asian, and the Pacific Flyways. The birds usually follow the land routes and not the sea. Sri Lanka plays a critical role in three of these flyways. The Bombay National History Society has done a lot of research on these routes and their migration patterns.

Fly me to the moon…

All bird species that use the Arctic Turn fly the distance three times that of to the moon and back in its lifetime! It sounds impossible, but he proved it with the calculation of the distances.

The longest sea crossing is done by the bar-tailed godwit. This species flies all the way from Alaska to New Zealand and they do it non-stop! And they are one of the few birds that use a different route when flying back to Alaska, crossing the Yellow Sea. Their use of this circular route is a display of very complex behaviour.

One of the most amazing observations of bird migration are bar-head geese that fly over the Himalayas. Their ability to fly over the Himalayas in very low-oxygen atmospheres is almost impossible to believe. In an area where even trees don’t grow because of the conditions, these birds cross this region every year. Naturally, they also become the highest flying bird species.

The work of ardent conservationists

Between the years of 2013 and 2015, millions of the Amur falcons were killed in India. The Bombay Natural History Society intervened and brought this practice of hunting birds for sport and enjoyment to an end. So much so, that when one satellite-tagged bird was shot dead, it made the news.

Their work is an inspiration to all conservationists who are trying their best to safeguard our wildlife. He then went on to list a few common threats faced by all migratory and non-migratory birds which include habitat degradation and loss, unplanned development projects, pollution, agrochemical usage, hunting, and target shooting.

In Sri Lanka, the main problems for migrating birds have been habitat loss and unplanned development. Birds coming back the following year are finding walking paths where mangroves used to be.

These birds flying these great distances only store enough fuel to make the entire journey or a certain leg of the journey. Most of them fall flat when they reach their final destination as that is the limit of their energy. When they arrive and the environment is alien to them with all their energy or food sources removed, they are unable to refuel and they die.

This problem is not limited to Sri Lanka. Over the last 30 years, one-third of the migratory birds disappeared in the European region. But we must not be discouraged, as with the help of conservationists, the Yellow Sea area was declared as a protected area, another area frequently used by migratory birds.

You can’t save someone you don’t know about!

There are many things that are yet to be discovered about these migratory species. How do they manage different temperatures? Do they sleep? Are their migratory genes the genetic component for navigation?

There is a lot more to learn, and with the advancement of technology we are able to study them more too.

He ended his lecture by sharing the story of his colleague from graduate school, Jessica Meir. She was part of the all-girl team that did a space walk on 18 October. She is also the first ornithologist to become an astronaut. In addition, it was her study of blood physiology of birds and how they respond to low-oxygen environments that led her to being an astronaut. It is a huge win for us! This too will bring more attention to the study of birds. 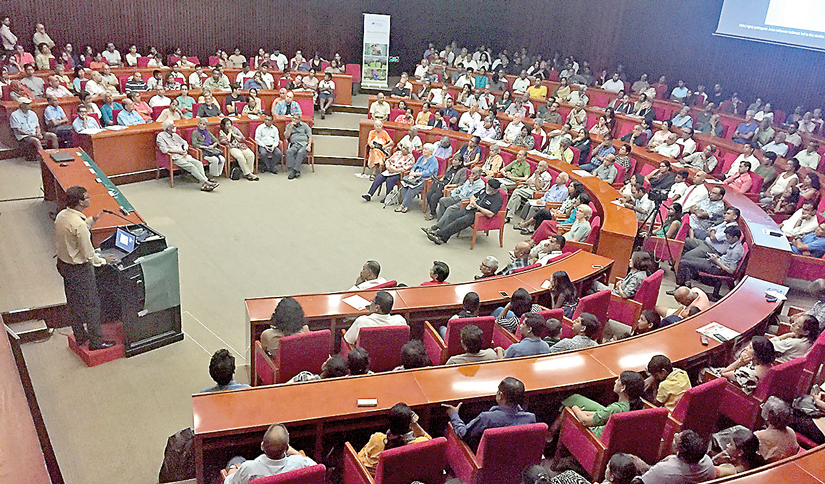 September 6, 2020 byJennifer Anandanayagam No Comments
The Independent Medical Practitioners Association (IMPA) celebrated the launch of its new website as well as the 2020 Sri Lanka Drug Index on 30 August.

Start your day with a little bit of everything

October 28, 2018 bythemorninglk No Comments
OZO Colombo is known for its understated, subtle, and elegant charm. Dedicated to provide a cosy atmosphere and a modern outlook, OZO is one of the leading luxury city hotels in Colombo.