The humble tale of an iconic director

2021 has been an interesting year for film in Sri Lanka, and young director Yasodhara Kariyawasam. With several incredible wins for her first works of art ‘Thé Kahata’, ‘Ekthara Adara Kathawak’ and ‘Parawarthana’, Yasodhara was put in the (well-deserved) spotlight for her unique style, tasteful artistic vision and gripping storytelling skills over the past year. 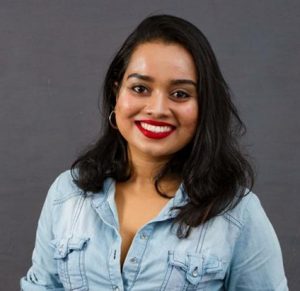 Yasodhara’s Ekthara Adara Kathawak won Best Film and Best Screenplay together with other awards such as Outstanding Performance (Ashan Dias and Christina Britto), and Best Editing, and was nominated for the Most Gender Sensitive Film award at the Agenda 14 Short Film Festival 2020. Her film Thé Kahata was the official selection for the Colombo International Women’s Film Festival 2020 and was also nominated for the Most Gender Sensitive award category of Agenda 14 2020. While her film Parawarthana was awarded Best Actress (Neriah Ruth) and Best Supporting Actress (Sahlah Anees) at Life Short Film Festival 2021, it was nominated for Best Film, Best Director, Best Screenplay, Best Production Design, Best Cinematography, Best Original Score, and Best Sound Design.

This week Brunch reached out to this amazing young female director to chat about the incredible year she had and what her future plans were.

Diving into themes that need to be explored

An LLB student currently reading for her finals, Yasodhara took several gap years during her law studies to pursue her passions in photography and film. She continues to learn the discipline of film through watching other films, following other directors and cinematographers, and trying to stay constantly inspired. Reflecting on her future education plans, Yasodhara observed that she wishes to pursue her future academic qualifications in other disciplines like psychology and criminology and not film, as she believes film cannot really be taught and needs extensive learning through various avenues. 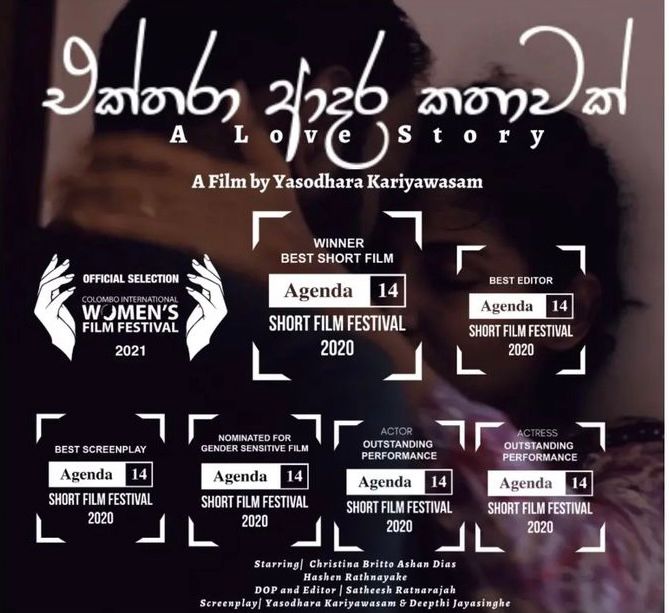 We asked Yasodhara if her films were special because they explore the crusts of controversial topics that are avoided by society, to which she said: “I do not think any of these are controversial topics. These are simply themes that are not explored or discussed by the majority and not given the attention they need. My main goal as a director is to create content that is relatable and something that makes my audiences feel all sorts of emotions. I want them to be remembered and act as an eye-opener. This is what I try to achieve through my films.”

When asked about how her artistic vision has evolved through her debut films, Yasodhara told Brunch that while she tried to focus on different components of a film each time through all three of her films, she believes that they are not exactly her original style of film creation. “The ́ Kahata mainly highlights imagery. I employed my knowledge in literary devices – mostly poetry knowledge – in creating it. In the case of Ekthara, I gave more prominence to dialogue, and in the case of Parawarthana I went back to imagery and my roots in poetry and quirks in that regard. However, I believe that these creations are not tapping into my true style as a director. These were my stepping stones into filmmaking and I learned a lot while making them. I am in fact still identifying my style and want to challenge myself to do better, and I have several new projects coming up in which I hope I will be able to get closer to finding my film footprint,” she added.

Speaking of her future projects, Yasodhara revealed that she is hopeful that they pan out the way she hopes they would and that she will be able to push herself to be better and pursue her passion while growing in strength. “However, I do not think my projects will be released this year as I am focused on finishing my degree, but there are things in the books; let us see how it goes,” she said. 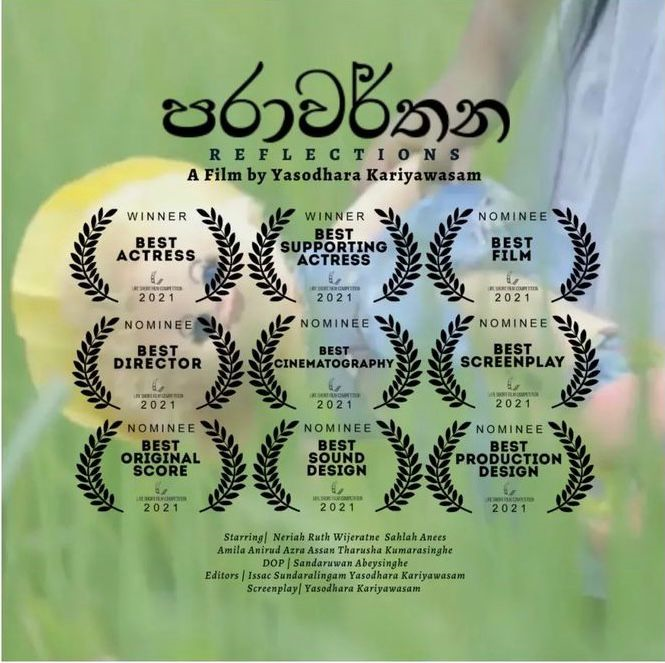 Yasodhara added that she is looking forward to working with new cinematographers and new actors, especially those who have studied drama and are passionate about performing arts. She is excited and is looking forward to working with Madhuni Alahackone in her new project. “I collaborated with her for a project not too long ago and the working chemistry was undeniable. It was very inspiring and I can’t wait to work with her again,” she said.

When asked about the film industry in Sri Lanka right now and how Yasodhara fits in, she said: “Speaking of the industry, my immediate reference point is the circle around me. There are so many talented young bloods and there is so much potential. Right now, there are several new films that are about to come out this year that seem to be really good and I am looking forward to watching them. However, I think the industry right now can do with more friendly, inspiring artistic competition which will challenge fellow artists and even the audiences to expect better from the industry. I’m not talking about film festivals or competitions. I’m talking about something beyond that.” 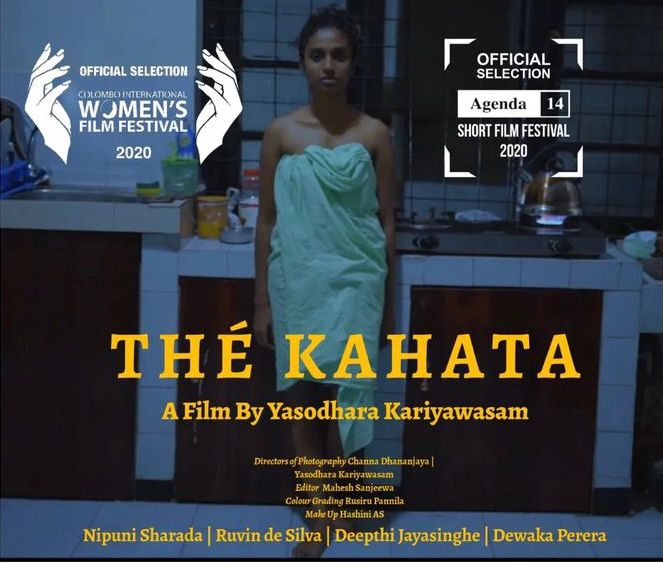 We asked Yasodhara if there was any criticism or advice she received that stuck with her and inspired her or affected her work. Responding, she noted: “One piece of advice from Vimukthi Jayasundara stuck with me. He pointed out that I’m yet to explore my own style in film. It stuck with me because it is true and it has made me see my future work in a different light. I don’t know if I will be able to find what I’m looking for anytime soon, but I don’t think I will stop looking for it.”

Finally, Yasodhara had a few words of wisdom to share with aspiring filmmakers and artists out there: “Do not let things like money stop you from achieving your dreams. If you have enough passion, that alone is enough to make you unstoppable. Start by mastering your script. That is 70% of your film. Gather some like-minded friends and make that film. I made Thé Kahata with a budget of Rs. 15,000 which was mostly my salary as a teacher back then. But that was the least of my worries. Every obstacle is going to look like an excuse to you once you put your heart and soul into your film. You can’t help but make that film. If not for the world, for yourself.”

The CAN Market Christmas Experience

December 15, 2020 byNethmi Liyanapathirana No Comments
The Christmas season is well and truly upon us and the Ceylon Artisan Network (CAN) Market, in this festive spirit, has launched the CAN Market Christmas Experience, aiming to promote Sri Lankan...

January 25, 2021 byRusiru Keppetipola No Comments
Wel Henage Shashintha Dilhani, an art teacher of Nalanda Maha Vidyalaya in Aviththawa, is the Lankan internet’s newest darling, gaining overnight fame and becoming a viral sensation for her most..