The issue of workplace violence

November 27, 2020 by Dimithri Wijesinghe No Comments

On 25 November, Wednesday, an engineer at a provincial office of the Road Development Authority (RDA) who was arrested over the assault of a female officer in the same office, was released on bail by the Gampaha Magistrate Court.

There is a video of the assault circulating on social media, where the engineer is seen assaulting a female management assistant at the office. State Minister of Rural Roads and Other Infrastructure Facilities Nimal Lansa stated in Parliament that following the incident, the officer was interdicted.

The Opposition called for an investigation into the government official assaulting a female employee in the RDA office. 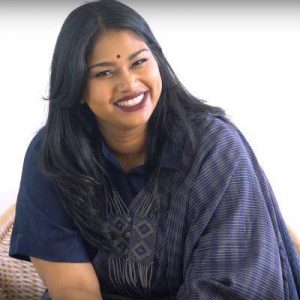 “Our society is still entrapped in gender roles, and we really do believe in our heart of hearts that women who face harassment have somehow violated those strict gender codes that we subscribe to” Activist and researcher Sharanya Sekararam

We reached out to Attorney-at-Law and Edhati Consultancy Co-Founder Tersha Abeyratne Nanayakkara, who shared her legal expertise on workplace violence.

Everyone has the right to work, to free choice of employment, to just and favourable conditions of work, and to protection against unemployment as set out in Article 23 (1) of the Universal Declaration of Human Rights. Having said that, it is a well-known fact that workplace violence is rampant beyond geographical borders; it is a global issue.

Nanayakkara shared that in Sri Lanka, workplace violence prevails, irrespective of gender. However, in the corporate setting, it is sexual harassment against the female workforce which is widespread. Unfortunately, many of the cases go unreported. It is the responsibility of the leaders of those organisations to create environments that are psychologically safe for employees to work in. In addition to health and safety practices at work, it is imperative for organisations to have policies and practices that prevent such actions followed by consequences to mitigate such offences. The legal provision set out in Section 345 of the Penal Code of Sri Lanka as amended by Act No. 22 of 1995 provides the protection for such victims and thus can be invoked in a court of law.

“I cannot stress the importance of introducing legislation to ensure that government bodies and corporations implement a zero-tolerance policy towards workplace violence,” shared Nanayakkara. 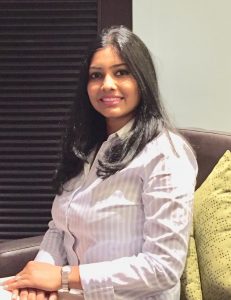 The Morning Brunch also spoke to activist and researcher Sharanya Sekaram, who shared her thoughts on the matter as well, referring specifically to this incident and also with regards to workplace violence in general, particularly various forms of harassment experienced by employees and how the power structure can make all the difference.

She said that in reference to the matter with regards to the RDA, as it is a state sector employee, things are a little different; you are governed under the Constitution. In this situation, the victim can file a Fundamental Rights (FR) action against the attacker. She pointed out, however, that it will also depend on the Ministry and Act it is governed under and to what degree it is considered a state institution; that is, how it is registered.

The laws that exist specifically for workplace-related violence are geared towards private sector employees. They are able to pursue the matter either as a labour matter that goes to the Labour Tribunal, and are protected by both the Shop and Office Act and the Industrial Disputes Act.

Then of course, there is the route of criminal justice if it is a Penal Code violation, where assault charges are brought against the perpetrator. The International Labour Organisation (ILO) and the Employers’ Federation of Ceylon (EFC) guidelines provide for the private sector organisations and their individual policies.

She also addressed the uproar about the accused being set out on bail and how there is a general disdain around the fact that he was allowed to essentially walk “free”. However, Sekaram pointed out that as far as legality goes, it is a bailable offense. She did say, however, that while it is not an ideal system, and bail being granted as a form of clemency in the criminal justice system is the law as it stands.

She also added that they are “not free”, as bail is a bond requiring you to show up to court when called and if you do not, you are considered a fugitive of the law.

She also expressed her thoughts on our justice system and the likeliness that victims can be afforded relief and perpetrators are brought to justice – she said that this will all only be in the news and be discussed for a week at best, and then it will be forgotten.

However, if this female state sector employee wishes to seek justice, then she would have to dedicate a minimum of five to six years of her life to this matter. She would have to suffer legal fees and various other expenditures, and if there is an appeal process, take it all the way up to the Supreme Court.

Sekaram said that the most important thing to look at in a system of justice is accountability – in this scenario, she said that we must ask what happens to this male state employee. Does he now go back to work, as he would have been someone who wrote the administrative service exam making him part of the roster?

Re-imagining travel in a mid-pandemic world

October 4, 2020 bythemorningeditor1 liberty No Comments
World Tourism Day fell on 27 September. As a nation that is one of the world’s top travel destinations, the marking of such a day was bittersweet, looking at this past year and the how the pandemic

January 5, 2021 byJennifer Anandanayagam No Comments
The Bonsoir French television programme presented by the French Embassy in Sri Lanka has entertained Sri Lankan audiences since July 1985. It ran for 25 years and finally closed down in 2010, leaving