Any weakness is seen as unmasculine : Aritha Wickramasinghe

Known globally as “Movember”, the concept of which was initially introduced by Australian charity organisation The Movember Foundation, it began as a month-long initiative that encouraged men across the world to grow their moustaches during the month of November to build awareness on men’s issues (Movember itself is a portmanteau of the Australian slang for moustache, “mo”, and November). 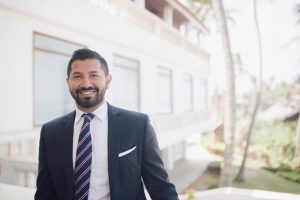 By encouraging men to get involved and grow their moustaches, Movember aims to increase early cancer detection, diagnosis, and effective treatments, and ultimately reduce the number of preventable deaths seen in men because of health issues that have been left unresolved for lack of awareness or reluctance to seek help and treatment.

This Movember, The Sunday Morning Brunch sits down with several influential Sri Lankan men for their perspective on men’s health, building awareness, and what we can do to make a difference. This week on the Movember series, we spoke with iProbono Country Representative and Equality Law Director Aritha Wickramasinghe on his views on men’s health issues, particularly men’s mental health.

What do you think are the biggest issues men face in terms of health and wellness?

Men are conditioned in society to abide by certain concepts of what masculinity means, and the concepts and ideas of masculinity are linked with the idea of being strong and well at all times. This extends to not wanting to seek help or advice when you’re uncertain for fear of showing vulnerability.

These values that men are brought up with are reinforced consistently throughout our lives including when we’re not well, whether physically or psychologically, acting as a deterrent and preventing men from seeking help because it conflicts with our conditioned idea of masculinity. The motion of seeking help is seen as weakness, and any weakness is seen as unmasculine.

Do you feel this is an issue men deal with on a global level?

It is something that is the case across the board. However, in certain cultures, where notions of masculinity are being challenged and redefined on a regular basis, you’re starting to see lots more change, with men being more forthcoming about their vulnerabilities and seeking help and understanding that this kind of vulnerability is not unmasculine in any way.

What is lacking in discussions around mental health?

The biggest thing lacking is that there just aren’t enough discussions and conversation being had at all. There hasn’t been enough male leadership that has stepped up to call for that kind of discussion.

This lack of discussion and lack of visibility on these issues is why we’re not seeing the change we need.

What can we do to provoke discussion and create safe spaces for men to talk about their health, and particularly their mental health, openly?

Having more avenues for men to seek help is very important. We also need to provide more information on the resources available for mental health support. We also need more counsellors who are trained to respond to the challenges that many men face.

While we need to make more resources available to everyone, we must also particularly address the cultural stigma on mental health in general, and in particular men’s mental health. We need to release more statistics on how mental health issues affect men. For example, more men die by suicide than women each year. We need to ask ourselves how we can stop or reduce that.

What message do you feel is most important to share this Movember?

Don’t be afraid to seek help when you need it. To seek help is a sign of strength and not a sign of weakness.

Sri Lanka has several crisis hotlines for those in need of mental health support. If you, or someone you know is feeling suicidal or is otherwise at risk emotionally or mentally, please reach out on the following hotlines:

Consent is a virtue: Is no one safe?

February 8, 2021 byNews Admin No Comments
In this day and age, consent seems to have become a factor that is hardly ever taken into account. Recently, a post on Instagram about a story of two sisters went viral. They wished to simply dine...

A celebration of youth in poetry

January 27, 2019 bythemorninglk No Comments
Edward Lear was an English artist best known now mostly for his literary nonsense in poetry and prose, especially his limericks, his poems can be characterised by his irreverent view of the world.