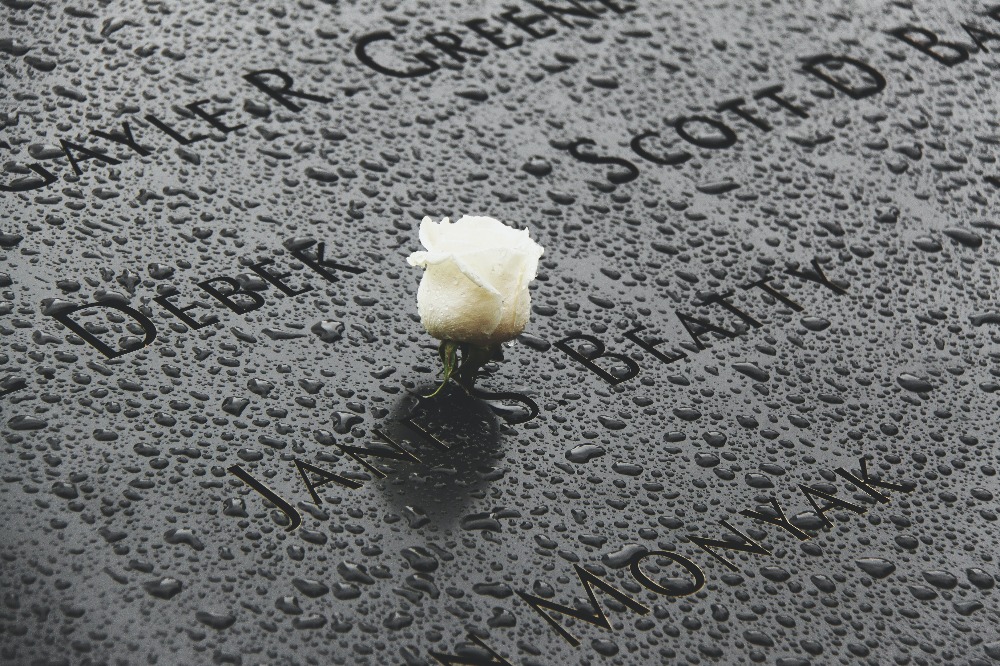 The Politics of Memorialisation in Sri Lanka: A panel discussion worth attending

January 18, 2021 by Dimithri Wijesinghe No Comments

The panelists will weigh in on issues and challenges pertaining to memorialisation in Sri Lanka, taking a look at the destruction of the Mullivaikkal Memorial (built in memory of the lives lost during the final stages of the war) and what that says about state erasure of memory and the absence of space for mourning.

Event moderator Bhavani Fonseka, speaking to The Morning Brunch, shared that the discussion was not only in response to what happened at the University of Jaffna where the memorial erected by students at the university was recently destroyed amidst protests. 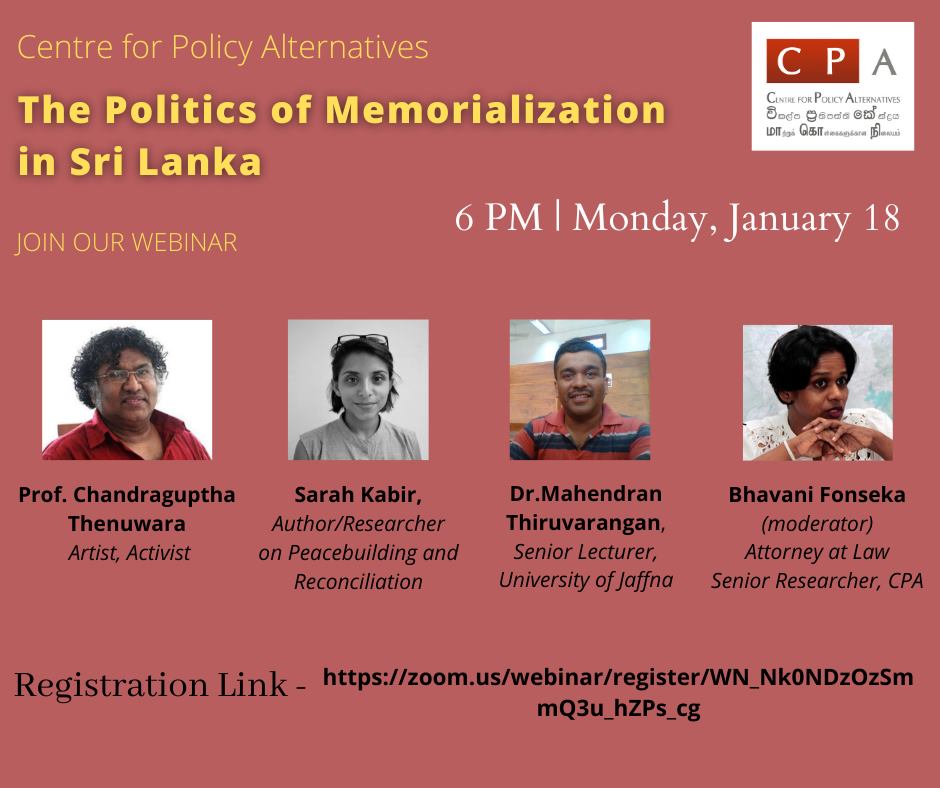 The structure was originally erected to mark the 10th anniversary of the end of the war and commemorate the thousands of civilians killed in the final stages, and was once condemned by the Government as a memorial to “terrorists”, saying it glorified Liberation Tigers of Tamil Eelam (LTTE) fighters who were crushed in 2009 at the end of a 37-year-long war.

Bhavani said that the discussion will be about memory, memorialisation, and what has been happening in the North over the years. Looking at it in a way that is not grounded on one incident, she said that they will discuss the way that memory and memorialisation is looked at, adding also that this particular incident, where the monument was destroyed, is not an isolated incident and that it has been happening across Sri Lanka over the years.

Speaking about what audiences can expect from the discussion and what will be their take-away, she shared that the panelists are all bringing to the table their own perspectives to the issue – Prof. Chandraguptha Thenuwara will share his experience having done work on memorialisation and memory for several years now,  and Dr. Mahendran Thiruvarangan will speak about what is happening in the North and bring forth the different perspectives that exist around the issue.

She added that because memory has perspective, there are different narratives within those different perspectives and therefore, they will also feature the invaluable contribution courtesy of Sarah Kabir who has researched peacebuilding and reconciliation. Kabir has captured different voices of those who have been part of the war.

Speaking to The Morning Brunch, Kabir too shared that while it is stemming from the incidents that took place in Mullivaikkal, they hope to have a broader discussion on the need for memorials in general, not only war memorials but commemorative days and understand the purpose and roots behind some of the memorials that have been erected, be it inter-ethnic or other.

Also, the point that there needs to be collective spaces, not just community-based places of mourning drawn in an ethnic line, but rather for everyone to gather and mourn. “Because at the end of the day, it is Sri Lankans who have killed Sri Lankans,” she said, adding that the feeling of loss has been felt by all.

Kabir added that there is great value in memory and memorialisation, and they hope to shed some light on the fact that it is an instrument in ensuring students do not get a one-sided view of history, and deprive them of the lessons that can be learned from history. The creation of these spaces is not done as an attack on the State and ideally it should be state endorsed, and it could inspire, and rather than push people into war, it could deter someone from picking up a weapon.

She concluded that they hope to also discuss some solutions and recommend ways forward for the problem at hand and provide some constructive feedback rather than just criticise what is being done.

Reproductive and sexual health mustn’t be an oversight

May 10, 2020 byJennifer Anandanayagam No Comments
Times of crisis bring forth concerns regarding women's reproductive health

Must make safe spaces for men to talk about their health: Nivendra Uduman

November 24, 2020 byNethmi Liyanapathirana No Comments
While May is the official month designated to celebrate and raise awareness on men’s health issues, November too has in recent years gained global popularity as a month in which to raise awareness.