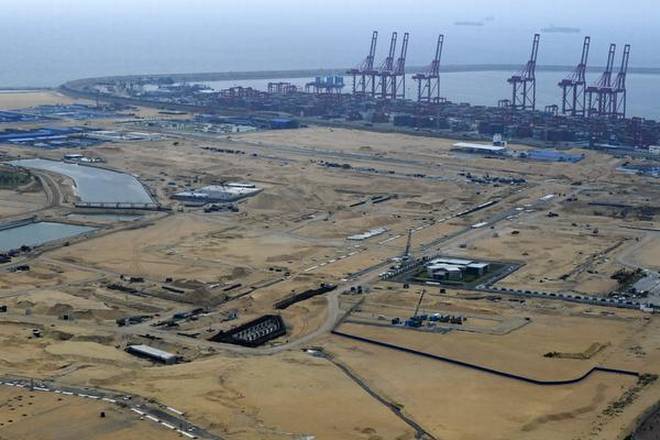 The Port City: The Concept and the Consequences

Public interest was aroused suddenly when a Bill titled the ‘Colombo Port City Economic Commission Bill’ was tabled in Parliament rather stealthily. This is to set up a special economic zone in Colombo on reclaimed land. Economic zones are not uncommon in the world. Their primary objective is to promote foreign direct investments (FDIs) and earn much needed foreign exchange. Many countries such as Singapore and Dubai in the United Arab Emirates have built their own economic zones and invited FDIs. We too had an economic zone established in 1978. It was the Greater Colombo Economic Zone in Katunayake, expanded later to Biyagama and Koggala. This was a success at the early stage. It was primarily catered to the manufacturing sector. These zones are governed today by the Board of Investment of Sri Lanka (BOI).

The need for FDI

In the modern context, no country in the world can survive in isolation. We are today living in a global village. Most of the developing countries do need foreign exchange for their imports. An effective and speedy way of earning foreign exchange is through FDIs. To attract FDIs, the country must have in the first place, political stability, peace and the required infrastructure facilities. The terms and conditions offered must be flexible and attractive. Financial cities make the most attractive offers. They are mainly service oriented. The Colombo Port City is intended to be one of them. However, it seems that many in Sri Lanka have only a shallow knowledge of the history, structure, legality and geopolitical consequences of this Project besides the benefits that may accrue. In the same breath, would it lead to an unwelcome surrender of the country’s sovereignty? Would it generate the financial gains that we expect it to? Would the lion share go to someone else? Is there an equitable distribution of the resources?

This idea of having a financial hub in Colombo was first mooted way back in 1991. In 2004, the Government of Sri Lanka (GoSL) planned to expand the Colombo Business District.

Sri Lanka received aid and traded with the United States (US) and with European Union countries. Presently, our export market is Europe and the US. However, a large part of our imports come from China. After the war ended, our economy was in a poor state. In 2009, the country secured a loan of US $ 2.9 billion from the International Monetary Fund. However, Western countries insisted on public sector reform, fiscal austerity and a commitment to address human rights violations. China then offered Sri Lanka a package of $ 6.1 billion that included neither reform nor pressure to address human rights violations.

China’s benevolence is not without logic. It is based on reason. Sri Lanka’s location makes it strategically important to China. The free Port of Colombo is a major transhipment hub for Chinese goods. Since 2010, a Chinese State owned company operated the biggest Terminal in the Colombo Port. The location of Sri Lanka is right at the centre of China’s One Belt, One Road Initiative (BRI). Therefore consolidating its influence in Sri Lanka remains a strategic priority for China and as a result, China has vigorously pursued infrastructure projects in the country. However, none of these were grants but loans at higher interest rates. Chinese State owned companies have been involved in all types of infrastructure projects, from ports to power plants in Sri Lanka. The regime under then President and incumbent Prime Minister Mahinda Rajapaksa enthusiastically grabbed them without being concerned about the consequences.

In 2011, an unsolicited proposal was submitted by the Chinese State owned China Communications Construction Company (CCCC). The GoSL entered into an agreement with the China Harbour Engineering Company (CHEC) which was considered as the Project Company to reclaim land and build a special economic zone. On 17 September 2014, it was launched. The President of China Xi Jinping in a State visit to Sri Lanka, inaugurated the Project. In 2015, the then Government unilaterally suspended the work of the Project. The GoSL’s legitimate concerns on geo political and financial implications and environmental impacts had not been adequately addressed by the previous regime under Rajapaksa. After obtaining clearance and making an environmental impact assessment (EIA), the Government lifted the suspension, a new agreement was signed with the GoSL and the Project Company and the work restarted in 2016. A total of 269 hectares were reclaimed from the sea. It is envisaged to complete all real estate construction by 2041.

The Colombo Port City is an ambitious attempt to create high end real estate for tourists and a single window economic zone with the ease of transacting business. Among primary objectives are: 1. To foster integrated ocean front and residential and recreational spaces that will attract tourists, professionals and entrepreneurs; 2. To create a tourism hub; 3. To create a business hub and attract international investors; 4. To function as a single window investment facilitator; and 5. To promote offshore banking. In short to have an international business and service hub. It will have a significant impact on the national economy in terms of employment generation, provided that the vacancies are equitably distributed. It is expected to generate 83,000 jobs.

The total extent is 269 hectares, and it is divided as follows: 91 hectares (33.8%) for public use such as roads, recreational parks, etc., and 116 hectares (43%) for the CHEC to draw investors and to recover the $ 1.4 billion spent for reclamation. Free hold land was converted to a 99 year lease by the 2019 agreement. By this agreement, all land was vested with the Urban Development Authority (UDA). However, with the passing of the Bill, all land will be vested with the Economic Commission. The GoSL share is 62 hectares (18%). In July 2019, the Parliament approved a motion to include the Port City within the Colombo District limits. Thus, it would be seen that the latest agreement entered into in 2019 by the then Government made far reaching changes. It asserted the authority of the Government and changed some clauses and thereby struck an equitable balance. The development of the Port City will have five different precincts: a. Financial district; b. Park Living; c. Island living; d. The marina; and e. The international island. The Port City when completed will have 5.6 million square metres of built space.

This was gazetted on 24 March this year (2021) and was put in the order paper on 8 April. This is a bill of national importance. The Ministers themselves say that it is a turning point for our economy. That is all the more reason that it should have been made public and all stakeholders should have been allowed to express their views. The conduct of the Government raised suspicions. The public began to view the Bill with circumspection, especially since it is done in partnership with China. As already shown, a lion share of the land has already been vested with China for their investment.

The composition of the Commission

With the passing of the Bill, seven Laws that are currently in operation will cease to operate in respect of the Port City including: the UDA Law and the BOI Law. The legislative authority of the Parliament to legislate on these subjects will be vested with the Commission.

Grant of exemptions and incentives

Certain categories of businesses of strategic importance will be eligible for tax exemptions and incentives. Once the Cabinet of Ministers approves the incentives and the exemptions, it will be placed before the Parliament only for information. There are 14 Statutes, listed in the First Schedule to the Bill.  All of them are tax related Statutes. The applicability of all or some of them could be exempted by the Commission in respect of these businesses. The incentives may last even for a period of 40 years. Some of the Statutes which would cease to apply are the Inland Revenue Act, the Value Added Tax Act, the Excise Ordinance, the Customs Ordinance; the Termination of Employment of Workmen (Special Provisions) Act and the Casino Business (Regulation) Act, etc. The Securities and Exchange Commission of Sri Lanka Act applies, however it is subject to modifications made by the Commission. These provisions patently violate the legislative sovereignty of the people as stipulated in Articles 3 and 4 of the Constitution. And also the Parliamentary control of finances.

By 2019, the Port City was included into the Colombo District. There is no Local Authority or Divisional Secretariat stipulated in the Bill. It does not fall within the normal administrative setup of the country. The criminal law of the land applies but whether policing is done by the Sri Lankan Police or the Chinese Police is not stated. With the passing of the Bill, the UDA Law ceases to apply. Therefore, all land will be vested with the Commission. Sri Lankans can invest as long as the funds have been raised outside Sri Lanka. Sri Lankans may utilise the retail facilities or services within the area of authority; however, they are required to pay a tax on the goods purchased when leaving the area of authority. It is clear that the Commission has legislative power and financial control to the exclusion of the Parliament. The currency used within the City is not the Sri Lankan Rupee. The GoSL could recoup its investments from monetizing its share of marketable land estimated to be worth around $ 2.2 billion, the cash flow of which will only be realised much later, as it depends on the success of the project.

A lack of a consultative process and the Chinese involvement has made the public view this project with justifiable suspicion. In its eagerness, the Government is totally blind to the political, national and international consequences of this project in its present form. The Government is in dire straits. Wittingly or unwittingly, it is caught up in China’s debt trap. With the passing of the Bill, the 2019 agreement which brought some sanity to the whole transaction, will be effectively abolished. The Commission will have wide and varied powers. It is the law maker, implementer and administrator. China will necessarily have the ultimate control of the Commission and the Zone. It is too early to assess the success or failure of this project. The rules are so relaxed that one can justifiably conclude that it can certainly lead to all kinds of malpractices. There will be a country within a country. Two laws and two countries with different currency.

The success of a special economic zone depends on a number of factors such as having clear objectives, bold policy innovation, good locations, customised design, effective management and the political stability of the host country. All these factors seem to be present in respect of the Colombo Port City. The greater share of the benefits will be received by China. Relaxation of the Parliamentary control over the legislative function and financial control appear to have gone too far so as to form a separate entity not controlled by the GoSL. China will have a permanent foothold in the country. The GoSL had no bargaining capital. We are caught up in the debt trap. The economy is in dire straits. We are on the brink of being declared a bankrupt country. We hope that this effort will salvage us; but, at what cost? Considering the strategic location of Sri Lanka, China will keep on tightening the grip it has over this country. Let us hope against hope that our motherland shall not become another administrative district of China.

(The writer is a President’s Counsel)

Universities to reopen under several phases: exams and practical classes given priority

October 26, 2021 byRuwani Fonseka No Comments
Vice-chancellors have been given permission to reopen universities, with examinations and practical sessions given priority from today onwards (26) in compliance with health guidelines, says the Chair