The power of PRIDE: How Sri Lanka is celebrating the LGBTIQ+ community this year

June is Pride Month, when lesbian, gay, bisexual, transgender, queer/questioning, and intersex (LGBTQI+) communities across the world hold events that celebrate and affirm different sexual orientations, gender identities, and gender expressions. Pride, as opposed to shame or social stigma, is an opportunity to celebrate and bolster LBGTQI+ rights movements across the world. Pride events typically take place in the month of June, although it is common for different communities in different parts of the world to celebrate pride in July as well.

The story behind pride 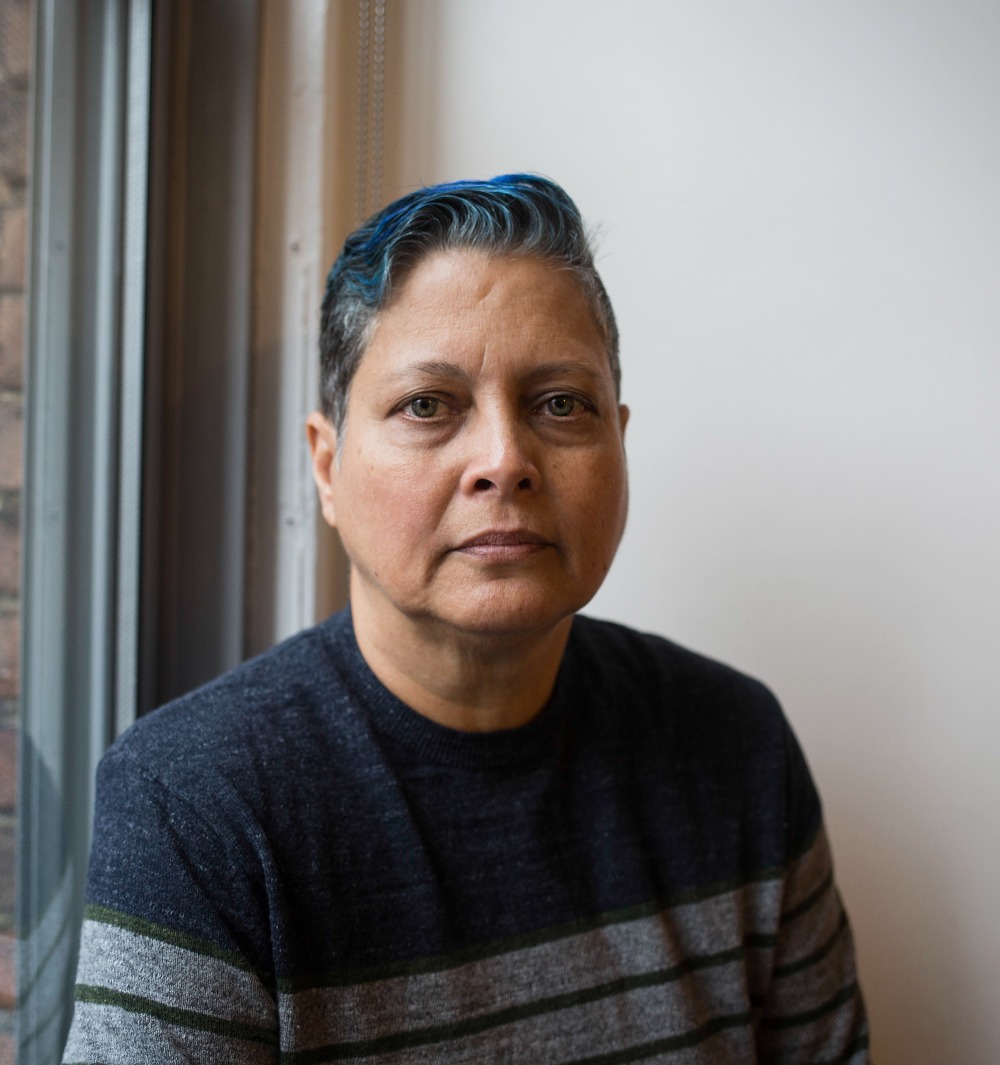 “Each year we put an event together and give a clear indication and message to everyone we know that this is a place, once a year, where we can get together safely and be with like-minded people”  EQUAL GROUND Executive Director Rosanna Flamer-Caldera

Brunch reached out to EQUAL GROUND Executive Director Rosanna Flamer-Caldera to learn more about the pride movement, from how it started globally, to Sri Lanka’s pride movement that EQUAL GROUND has driven since 2005 through Colombo PRIDE.

Flamer-Caldera explained that globally, the pride movement began in 1969 with the Stonewall Riots, a series of demonstrations and protests in response to a police raid on a gay bar in New York City, the Stonewall Inn, that saw the Police using violence against members of the LGBTIQ+ community at a time in US history where same-sex relations was still criminalised in many parts of the country. “The first pride march was held in New York City following the Stonewall Riots. Pride is basically the LGBTIQ community taking back their lives, celebrating their loves, being free to be who they are.”

In the years since the first pride march, pride in the US has evolved into much more of a carnival atmosphere, though the protest marches are still very much a part of celebrating pride. Speaking on pride in a larger context and its meaning to the LGBTIQ+ community today, Flamer-Caldera explained that, more than anything, pride is a space for the queer community and their allies to come together, and celebrate their lives and their identities.

In a local context, Flamer-Caldera first instituted Colombo PRIDE in 2005. “My first pride march that I experienced as a spectator was in San Francisco in 1978, where Harvey Milk was a grand marshal,” Flamer-Caldera shared, adding: “And there was something that made me feel so excited about being there. It gave me a sense of belonging, knowing that there were so many people like me out there. That was what started the idea of PRIDE in my head, and once we started EQUAL GROUND in 2004, my fellow trustees were like-minded as I was, and we decided that PRIDE was something we really needed to do.”

Colombo PRIDE started in 2005, with just a single event, a party for the LGBTIQ+ community that was a huge success, and from 2006, Colombo PRIDE expanded to include other events like its now-famous Abhimani Queer Film Festival, the kite festival, photo exhibitions, talent shows, and theatre forums, which first began when Flamer-Caldera invited a friend of hers, Jeffrey Solomon, from New York City, to visit Colombo PRIDE and do a one-man show – “Mother, Son” – and has grown in the years that followed. “Each year we put an event together and give a clear indication and message to everyone we know that this is a place, once a year, where we can get together safely and be with like-minded people,” Flamer-Caldera said.

The pandemic has made its impact felt in all arenas of life, and with social distancing as well as Sri Lanka’s current travel restrictions, a physical celebration of any kind is unwise. Last year saw Colombo PRIDE go digital for the first time, with the Abhimani Queer Film Festival taking place online, as well as a photo competition with the winning entries displayed in an online gallery, an online music and dance competition, and a virtual talk series titled “Stand Out in PRIDE – Let’s Talk on Social Media” that featured prominent members of the LGBTIQ+ community speaking on their experiences informally.

“Stand out in PRIDE was quite successful because it was a different approach that didn’t focus on just activism,” Flamer-Caldera said. “It showed that you can just be a queer person who has decided to come out and brave all the insanity that goes with coming out. It imparted that you don’t have to be part of an organisation or group to be an activist; you can be an activist without being an activist by celebrating your queer life on a daily basis, and saying this is me and you need to accept who I am, because I’m not going to change.”

Colombo PRIDE 2021, like last year, will take place mostly virtually across the months of June and July for added impact. Colombo PRIDE’s theme this year, “Power, Respect, Inclusion, Diversity, Equality”, embodies the spirit of the LGBTIQ+ community in Sri Lanka – resilient in spite of the many complexities that exist in this country today.

This year, partnering with Sri Lanka’s emerging organisations and groups across the country, Colombo PRIDE expands and encourages the LGBTIQ+ community to embrace pride islandwide. “When we started having PRIDE and up to now, unfortunately, we have had a few detractors, even within the LGBTIQ+ community, who like to criticise. EQUAL GROUND was instrumental in bringing pride to Sri Lanka and building our own version of PRIDE,” Flamer-Caldera shared. “We don’t have marches in the streets, we have other events and celebrate our queerness in a safe and fun way. PRIDE is for everyone, and this year, we felt that we really need to bring everyone together because the queer community has unfortunately been fragmented, and Covid-19 has made matters worse, so we discussed with other prominent activists and decided – why not do this together?”

As mentioned above, a number of organisations have partnered with Colombo PRIDE 2021, with the list still growing. “Everyone is welcome to join us in the collective,” Flamer-Caldera said, adding: “Each group will have one or more of their own events, with EQUAL GROUND and our partners getting together with them, helping them put their event up, sharing their posts and basically supporting one another to reach across Sri Lanka as much as possible.” 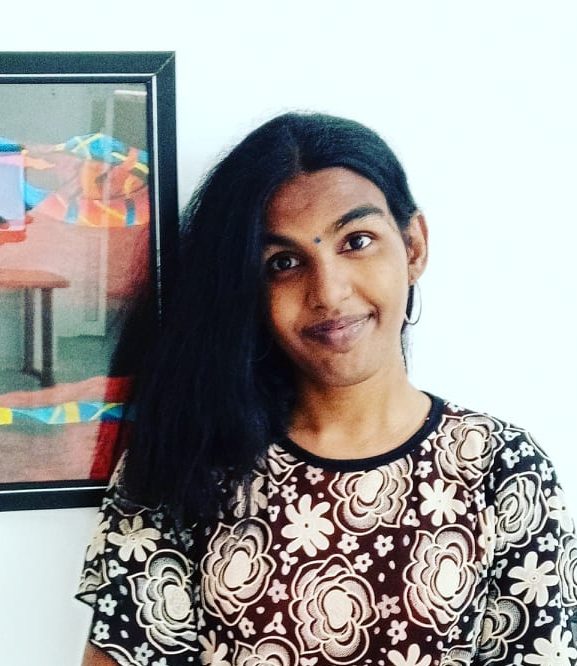 “We know our community members have been working tirelessly to combat queer/transphobia, all while being disproportionately affected by the pandemic situation. JTN is launching a series of activities to lift up community spirits locally in conjunction with Colombo PRIDE 2021”  Jaffna Transgender Network Founder Angel Queentus

Part of EQUAL GROUND’s event line-up that they will be hosting for Colombo PRIDE 2021 includes the Abhimani Queer Film Festival, with Flamer-Caldera sharing that Canadian-Indian filmmaker Deepa Mehta has reached out to EQUAL GROUND and approved a screening of her film adaptation of Shyam Selvadurai’s seminal LGBTIQ+ coming-of-age novel Funny Boy, which will be screened to mark the opening of the Abhimani Queer Film Festival – date to be confirmed of course, due to Covid restrictions. “We are determined to screen, so even if it means waiting till November, that is what we will do!” quipped Flamer-Caldera.

To learn more about some of the other events that will be part of Colombo PRIDE 2021, Brunch reached out to one of Colombo PRIDE 2021’s partners, the Jaffna Transgender Network (JTN). JTN Founder Angel Queentus shared with Brunch that celebrating PRIDE this year means “celebrating resilience and re-energising the community spirit. We know our community members have been working tirelessly to combat queer/transphobia, all while being disproportionately affected by the pandemic situation. JTN is launching a series of activities to lift up community spirits locally in conjunction with Colombo PRIDE 2021,” adding that in recent years, the North has seen an increase of LGBTIQ+ visibility and activism, although this is not yet at the scale of a co-ordinated Pride Month effort.

Some of JTN’s virtual activities as part of Colombo PRIDE 2021 include a photography competition, an essay competition, and “Pride Achieve”, an online panel discussion and Q&A with Padmashri Dr. Nartaki Nataraj.

“The joint effort to celebrate PRIDE 2021 is a step in a hopeful direction,” Queentus said, adding: “JTN and our community members are thrilled to be celebrating Pride Month through this joint effort! Happy PRIDE 2021!”

Équité Sri Lanka Executive Director Adhil Suraj shared with Brunch that as a man who is out and proud, to him celebrating pride is about remembering the things we have to celebrate about being LGBTIQ+, and about working to end the stigma and discord that comes with being LGBTIQ+. Suraj shared that he has been involved in PRIDE events since 2017, especially in the music and dance festival.

With Colombo PRIDE 2021, Suraj shared that Équité Sri Lanka’s youth-based advisory committee will be organising several online events, including an online drag race, a queer talent show for song, dance, and drama, where participants can send in three-minute video clip submissions, and an online campaign where Équité Sri Lanka will collect statements and quotes about PRIDE from members of the LGBTIQ+ community. 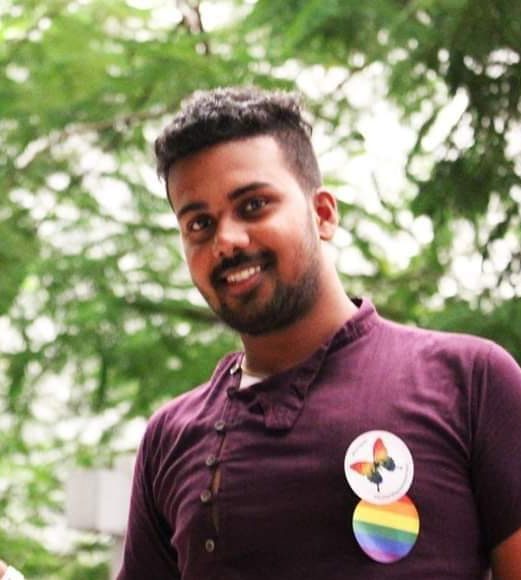 “This time is special because we’re all celebrating together in the virtual space, with all these different community organisations working together after a long time for a common cause. It is an opportunity for the pride celebration to send a message to eliminate the stigma and discrimination of the community”  Équité Sri Lanka Executive Director Adhil Suraj

“Last year was the first time Colombo PRIDE was held virtually. This time, there are lots of organisations engaging and partnering with Colombo PRIDE,” Suraj said. “This time is special because we’re all celebrating together in the virtual space, with all these different community organisations working together after a long time for a common cause. We have the community capacity, and we need to share our capacity with other organisations. It is an opportunity for the pride celebration to send a message to eliminate the stigma and discrimination of the community.”

Suraj also stressed that all Colombo PRIDE events are for everyone, from the LGTBIQ+ community to allies to the general public; there are no age limits, gender barriers, or barriers of any kind.

Flamer-Caldera commented that the issues that the queer community are faced with are faced by every single person within the community, regardless of their background or where they come from. “We really need to work together to show a united front and show we mean business when we say we want our rights,” she said. “We have so much to contribute to our country, and it doesn’t play well when our countrymen and women put us down because of who we are and who we love.”

September 9, 2018 byJennifer Anandanayagam No Comments
Colombo Swimming Club (CSC), which was in the news for all the wrong reasons just over a year ago, has bounced back bigger and stronger with the recent unveiling of its newly constructed swimming pool

Have fun in the kitchen

November 4, 2018 bythemorninglk No Comments
Sashika : Whenever I find myself in a cooking rut, I decide to try something new - Here are some of my more successful experiments.