The prehistorian who unearthed the history of Sri Lanka bids farewell

A legend, a pioneer, and the last of his league, Dr. Siran Upendra Deraniyagala passed away on 5 October 2021. He was a renowned contributor to the field of archaeology and his research has benefited many countries across the world. Customarily known for his study of the prehistoric era, Dr. Deraniyagala discovered and documented many jaw-dropping facts over the years. 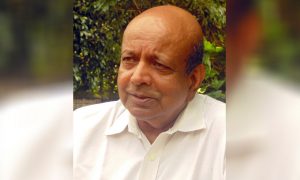 Dr. Deraniyagala’s findings also paved the way for history to be rewritten accurately. He was an influence and a mentor to many young archaeologists and students. Furthermore, his mentees held him in high regard for the paternal qualities he possessed, proving the impact he had on them.

His demise has left a great void in the field of archaeology and research, and in the lives of his admirers alike. While we join hands in paying tribute to the memory of this legend, we also appreciate and acknowledge his priceless contribution to archaeology and service to our nation.

The birth of a trailblazer 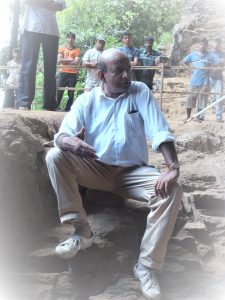 Dr. Deraniyagala received his primary education at S. Thomas’ College, Mount Lavinia. Thereafter, he obtained his Bachelor’s and Master’s degrees in Architecture and Sanskrit from Trinity College, Cambridge, UK. He also completed a postgraduate diploma at the Institute of Archaeology, University of London, where he was a prize student. Following in the footsteps of his father and grandfather and starting a career as an archaeologist, he went on to complete his PhD at Harvard University in the US.

Dr. Deraniyagala joined the Archaeological Survey Department of Sri Lanka in 1968, holding many appointments, including the position of the Director General of the Department. He also oversaw many great explorations and excavations at sites such as the citadel of Anuradhapura, the Fa Hien Cave, and Iranamadu Formation.

While the research and practices introduced by Dr. Deraniyagala are effectively used by students and trainees of archaeology even at present, many of his academic publications are also circulated worldwide. Evidently, his influence had brought about countless positive changes to various aspects related to archaeology.

The end of an era

Department of Archaeology Director General Prof. Anura Manatunga, speaking to Brunch, reminisced on many of his fond memories of Dr. Deraniyagala. “He was a great man and one whom I had the pleasure of knowing personally. He supported and guided me throughout these years. Hence, our teacher-student relationship turned friendship dates back to over 35 years,” he said.

Having met him as an undergraduate of the University of Kelaniya during an excavation in Mannar, Manatunga experienced Dr. Deraniyagala’s professionalism from the beginning.

Dr. Deraniyagala is remembered as a great scholar who devoted much of his time to the subject of prehistory. He was also acknowledged for his boldness in selecting this rare field of study that was also highly technical and difficult in nature.

“He represented the third generation of some of the greatest scholars produced by Sri Lanka. He taught us even up to our master’s degree. I also received training under him at the Anuradhapura citadel excavation,” added Manatunga.

Manatunga emphasised that not even his retirement was able to stand in the way of Dr. Deraniyagala getting involved in prehistoric work. Pottery typology was known to be his latest field of interest.

He went on to express his regret over missing a phone call of Dr. Deraniyagala on the day he passed away. “He had tried to contact me, but unfortunately due to another engagement I was unable to answer nor return his call on time. I do not know the reason he reached out to me nor will I ever.”

“Though new archaeologists will emerge from other generations, and continue his work, we feel empty without Dr. Deraniyagala. This feeling will dominate our thoughts for a significant period of time. Hence a huge tree has fallen down,” he stated.

Gone but not forgotten

“Though he never formally taught me, I worked under him and under his guidance on numerous department-run projects. We used to have many interesting discussions,” he said.

A majority of archaeologists do not possess both academic and practical knowledge simultaneously. Jayawardene recognised this feature to be the secret behind Dr. Deraniyagala being a frontrunner in his field of expertise. “Though there are many theoretical archaeologists, they were not as well trained as Dr. Deraniyagala. While his grandfather was a historian, his father was a prehistorian like him. Hence, he had a great foundation and introduction to this field,” he added.

Among the many characteristics of Dr. Deraniyagala, who he had the pleasure of working with for over 30 years, Jayawardene recalled Dr. Deraniyagala’s sense of humour and personality. “He was very jovial, but also serious when he needed to be. He helped a lot of people with their academic work and fieldwork and also inspired many others,” he said.

Commenting on his work and recordings being utilised for teaching purposes, he stated: “One cannot do anything without referring to his work on prehistoric findings and the beings that existed then. It is written in such a way that is accessible to any archaeologist and all others interested in archaeology. Hence, it is well explained and can even be understood by the laity.”

Among the personalities who dominated archaeology in the late 20th and early 21st Centuries, Dr. Deraniyagala secured a significant place. “In my opinion, he understood the fields of archaeology, excavations, and interpreting data very well. Most professionals do not possess undergraduate level qualifications, which makes a significant difference. It ultimately comes down to understanding what comes out of the ground when you dig. It is about understanding excavations vertically and horizontally as you go down,” stated Jayawardene.

The assessment of the work of an archaeologist can only be made by another with a similar education, training, or qualification. Such assessments cannot be conducted by mere historians nor any other academics. Colleagues of Dr. Deraniyagala, assessing his work, consistently recognised the bottom-up training he received over the years and at the premier schools he attended. They also praised the humility surrounding his work and success.

November 16, 2021 byNews Admin No Comments
The Ballet School of Colombo held its inaugural exams this August in the fields of classical and jazz ballet in affiliation with the Commonwealth Society of Teachers of Dancing (CSTD), marking the fir

Virtual travel – the next best thing?