The show must go on… but how?: Jerome De Silva on theatre and the pandemic

Theatre is one of the most spellbinding arts, a truly immersive audio-visual experience, and veteran theatre practitioner Jerome De Silva is a master. With over 50 years of experience in Sri Lankan theatre, Jerome has over 75 productions under his belt. He is also the Founder of WorkShop Players, one of Sri Lanka’s foremost English amateur theatre groups, which is famed for bringing some of the best of Broadway musicals such as Oliver!, The Sound of Music, Evita, The Phantom of the Opera, and most recently the highly acclaimed Les Miserables to the local stage.

Jerome is also the first individual from English theatre to be awarded “Kala Keerthi”, Sri Lanka’s highest national honour for the arts. Brunch chatted with Jerome on how he and WorkShop Players as theatre practitioners have handled the pandemic. 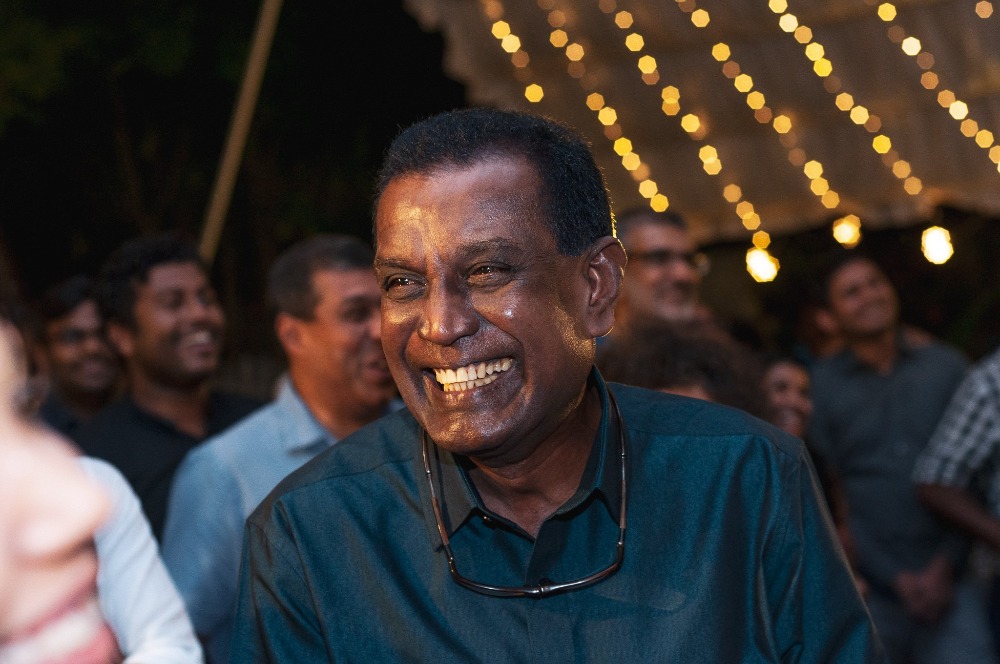 “We need state support for all the arts because otherwise there’s no future for the artists in this country and the arts could die out in a few decades, which would be very sad because, culturally, we’re such a rich country” Veteran theatre practitioner Jerome De Silva

What has the pandemic been like for you on a personal level and also for independent theatre professionals?

For me, the pandemic was frustrating at times. The year 2020 was going to be a very busy year. I had a lot going on with at least 12 productions coming out, and not just with WorkShop Players.

The Lionel Wendt WorkShop Players group is made of mainly Sinhala actors from Sri Lankan universities and takes a serious approach to theatre. We studied the major practitioners like Stanislavski, and eventually, we brainstormed and created our own musical drama, Akuna. What we developed was a trilingual performance that was not just political satire, but something bigger. The Lionel Wendt Little Stars WorkShop Players group also developed a production which was a funny take off of Shakespeare’s A Midsummer Night’s Dream. These productions were both set to come out in 2020.

How did you and the teams you work with manage the pandemic?

We were rehearsing for everything and had finished some stuff just before the first lockdown took place. After the first lockdown, we started again before being interrupted by the second lockdown. In January this year, we started physical rehearsals and all that again. Our trilingual production Akuna was actually supposed to be staged last weekend on 4, 5, and 6 June. We had blocked everything and were doing run-throughs. We were ready to perform A Midsummer Night’s Dream, which was going to take place in the first week of July.

I am currently acting for Kevin Cruze in his upcoming production of Agatha Christie’s Witness for the Prosecution; we’re rehearsing online, but have not finalised dates for the production yet.

In general, we kept working through the pandemic, and after the first lockdown, everyone got used to working online – even the schools brought their extra and co-curricular activities online. After the first few weeks in March, we kept going and never really stopped. At that point, the pandemic actually worked well for us in that we learned a new methodology of doing all these things, from academic subjects to co-curricular activities, and it was interesting that this shift had happened.

We continued all through the first lockdown, then the second, and into the new normal, working around regulations like 50% of audiences being allowed into theatres, and then 5%, by building in this like matinee shows and so on, so we could cover costs. But then this third wave happened. Personally, the first part of the pandemic was okay for us as artists, even though we had to postpone things and adjust to a new process, but with the second lockdown and now with this, we’ve gotten a bit bored with it. Even with teaching online, at the beginning, we used to have 100% attendance for online classes, but now, over time, it has dropped down to 50%. With a thing like drama, there’s only so much you can do online – you need that physical presence – and however much we have adapted to take things online, it’s not the same thing as sharing a space together. We’re all emotional, passionate people, especially those of us in the arts, and we need to be together.

I wouldn’t say we’ve come to a standstill – of course, we couldn’t have public performances and we’ve not been able to do a production and everything has been postponed again, this time hopefully to September. It has been more frustrating than tough that we’ve had to go through this, especially because everyone was keyed up.

What has the core WorkShop Players group been up to during the pandemic?

Because of the pandemic, we couldn’t do what we normally do – what people call “October show” – because our shows usually take place in October. We had planned a production for 2020, most likely Fiddler on the Roof. We’d discussed royalties and all that, but in the end, we couldn’t do anything.

I should also point out that WorkShop Players is ever-changing, the average age of the group is 18-21 (of course, at almost 70, I tip the scales badly), with people joining and leaving frequently to pursue their education and other passions in life. With every production, about 85% of the group is new.

Why is theatre and performance arts important, especially now?

There are two lots of people in my life of drama: One lot who are dedicated to drama, like, for example, the Lionel Wendt WorkShop Players, for whom drama is a professional livelihood. For them, it is their life. The cast and crew of Akuna, for example, is a group of 70 people from all parts of the island who are entirely dedicated to drama. They’re from our university campuses, some are teachers of drama, and for them drama is the most important.

Then you have the other lot, like the core WorkShop Players, who pursue drama more for passion as a hobby. It’s something they do because they love it. For them, its escapism, it builds their recognition and their personalities, and they’re often well employed in other fields.

With the Lionel Wendt WorkShop Players group, something I keep asking them is “why the devil are you choosing drama?”, because it just doesn’t pay in this country. But for them, that is what they were made to do.

Sri Lanka has hardly any state support for the arts, especially drama – it is in the doldrums. We have tremendous award-winning talent, from actors to dancers to writers to designers. The sad fact, especially with the pandemic, is that we now have highly accomplished people with nothing to do, and schools are also closed so they cannot teach anywhere either. This is what leads to talented performers forced to resort to getting into some hot, killing costume of a cartoon character outside a supermarket or something like that for the sake of a small salary for them to live.

The only real solution I can think of is a national drama troupe or something like that. Most countries have it, and it is something I am waiting and hoping to meet someone with authority to speak about. I’ve been on the executive committee of the Arts Council of Sri Lanka, which governs other arts groups like drama, dance, art and sculpture, literature, and intangible art forms like angampora, mask-making, and other indigenous art forms that can’t be stored in a museum. There is more state support needed for these arts. We have the people, and we also have the spaces and theatres to rehearse and perform, but we need the money. We need sponsors and state support more than anything. Now we can’t get sponsors because of the pandemic and corporations also being down.

We need state support for all the arts because otherwise there’s no future for the artists in this country and the arts could die out in a few decades, which would be very sad because, culturally, we’re such a rich country.

Fancy yourself an intellectual? Then go see the Billionaire