April 22, 2020 by Dimithri Wijesinghe No Comments

As Sri Lanka is an island nation, it comes as no surprise that we pride ourselves in our seafood cuisine where no crustacean has been coveted as much as the famous Sri Lankan crab.

With the rising popularity in specifically crab-centric restaurants, it’s really become commonplace for visitors to ask: “What’s the best place for crab curry?”

Crab curry has become almost synonymous with seafood in Sri Lanka, so much so that in the most recent season of MasterChef Australia, as they kicked off their 12th season, an all-star season bringing back former high-achieving contestants titled “Back To Win”, one of the chefs – Dani Venn – prepared a Sri Lankan mud crab curry that wowed the judges and won her the show’s highly coveted immunity pin.

The task given to the chefs was to prepare a finale-worthy dish and Dani plated up a “taste of Sri Lanka” featuring a mud crab curry, pineapple curry, and some homemade roti and sambal. The dish blew the judges away and got Dani her latest record-breaking win for a third immunity pin.

Considering the dish’s origin, that is as it comes from Jaffna and is originally known as the Jaffna crab curry, we reached out to Thushara Innasithamby of My Sister’s Kitchen who specialises in Jaffna cuisine, to share a little history about the famous mud crab curry.

Thushara shared that while originally the curry was known as the Jaffna crab curry because the crab used is the mud crab and is specifically found in seaboard areas like Batticaloa and the Jaffna Kayts areas, the crabs now available for retail and the crabs used in restaurants and most households outside of Jaffna are farm crabs.

She said that it is traditionally prepared in a masala paste, and as it has its origins in Kerala, India, its most unique component is an interesting balance of salty and sweet flavours as the dominant element is tamarind, which gives it a certain sweetness that creates a balance of flavour that is not so commonly seen in other parts of the world. She said the blending of the mustard seeds and the tamarind is very unique to us in preparing this dish. 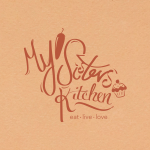 In reference to how MasterChef contestant Dani prepared it however, Thushara said that usually when you make the Sri Lankan mud crab curry, you pair it with a white curry such as brinjal or murunga curry, adding also that Dani served the dish with homemade “roti” while in Sri Lanka it is almost never served with roti and is more traditionally paired with white rice, pittu, or string hoppers. Although, she did mention that at present in Colombo, it has become quite popular to have it with pol sambal, dhal, and roast paan.

She also shared that while everyone is talking about this crab curry, it is certainly a watered-down, mild version. Because if you are to make it the way it was intended, as they use a sizable amount of chilli, you should ideally have smoke shooting out of your ears. “That is the way you should have it,” she said.

Thushara shared that it is nice to see foreign platforms with large audiences handling traditional curries like that with respect; how Dani shared that she has a personal relationship with our island, stating that she met her husband here and has continued to admire Sri Lankan cuisine and utilise our spices in her everyday cooking, is a positive thing.

30 years of empowerment and inspiration

November 21, 2021 byNews Admin No Comments
30 years is a milestone in any context, and earlier this month, one of Sri Lanka’s best-loved brands, Selyn, celebrated its 30th anniversary.

August 18, 2019 bythemorninglk No Comments
Having schooled at a convent, Thashi Jayaweera’s personal traits were questioned not only at her school, but also by the people in her village and her extended family.