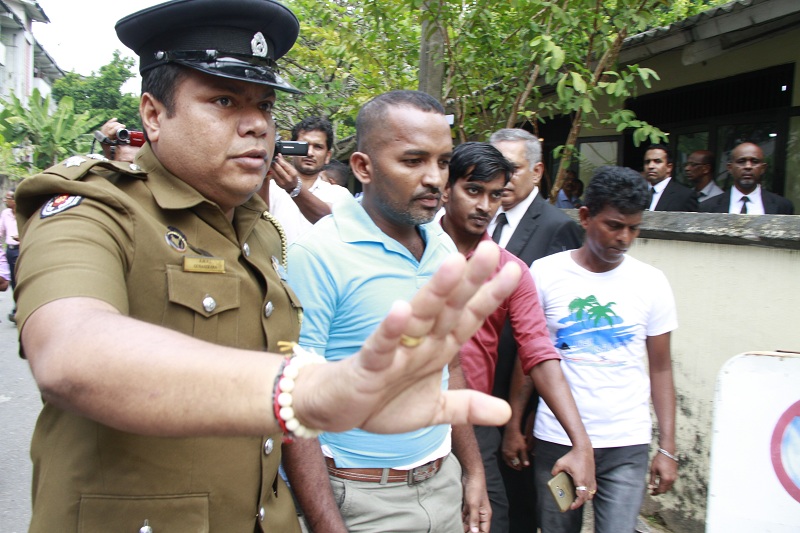 A photographer attached to The Sunday Morning newspaper was assaulted by a security officer of Chief of Defence Staff (CDS) Ravindra Wijegunaratne outside the Fort Magistrates’ court today.

The photographer, Indika Handuwala was assaulted when Ravindra Wijegunaratne was coming out of the court for lunch after appearing to make a statement regarding the case on the abduction of 11 youth.

Handuwala was assaulted when he attempted to take a photograph of Wijegunaratne leaving court.

Wijegunaratne’s security had then attempted to push Handuwala and several other journalists aside and one officer then punched Handuwala in the chest.

Police on duty at the the court had then detained the security officer who assaulted Handuwala and recorded a statement over the incident.

All Govt. workers to return to work 02 August

July 30, 2021 byAazam Ameen No Comments
All Government institution heads have been instructed to make arrangements for employees to return to work as normal from 02 August, the President’s Media Division (PMD) stated today (30).