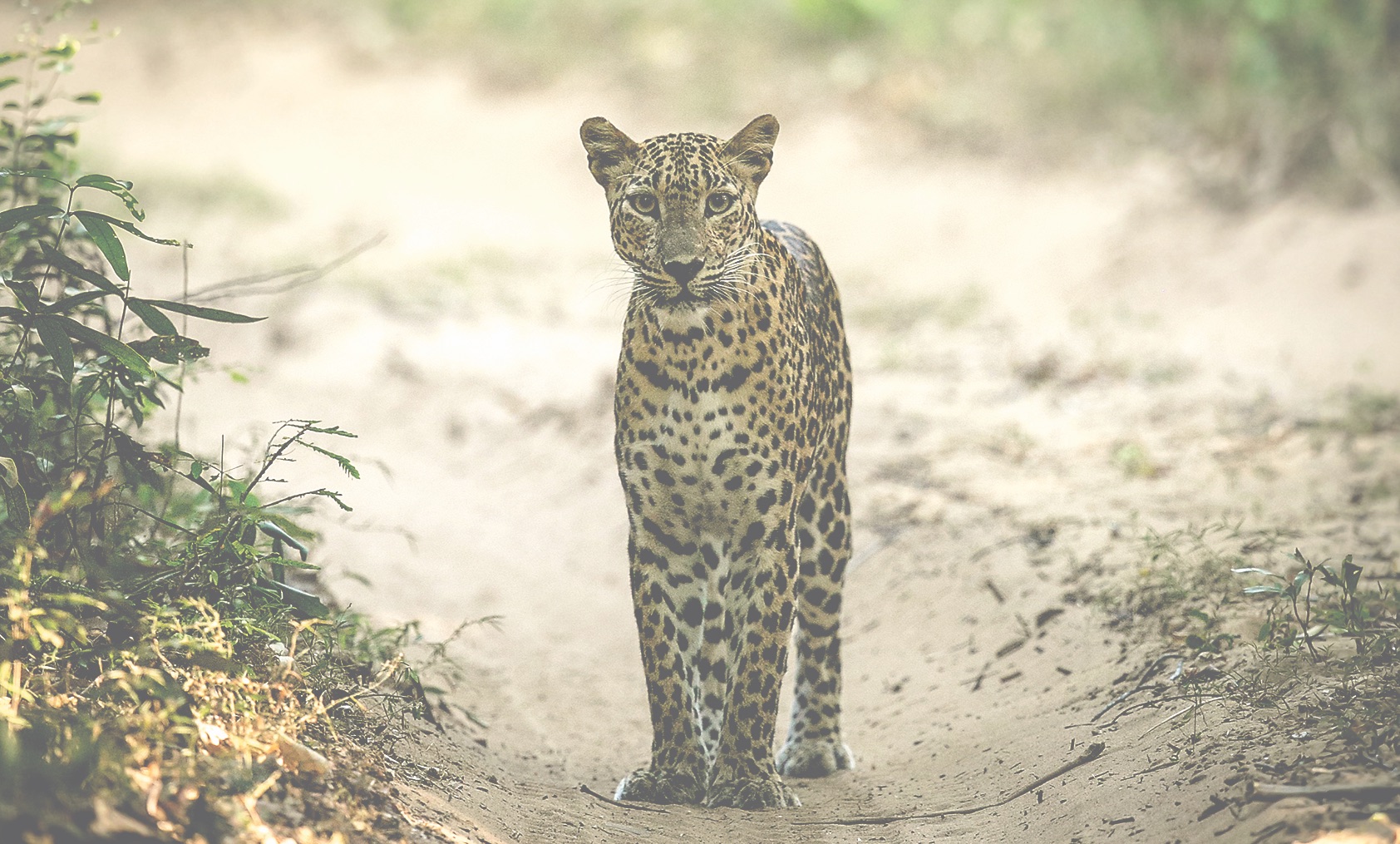 October 4, 2020 by themorningeditor1 liberty No Comments

The Sri Lankan leopard (Panthera pardus kotiya), a beast with a tawny yellow coat adorned with dark spots and close-set rosettes, and a more eye-catching veneer as opposed to the commonly cited Indian leopard, could be said to be one of Lanka’s most valued attractions.

These apex predators are adored by locals and foreign folk alike, as they rush to Wilpattu and Yala from all parts of the world, many a time with the sole purpose of going on a safari to catch a glimpse of these magnificent creatures.

Alas, it is said that Sri Lanka’s existing leopard population is less than 1,000, and with each passing day, the number only seems to be dwindling. It is not news that the Sri Lankan leopard is shortlisted as “Endangered” on the IUCN (International Union for the Conservation of Nature) Red List since as early as 2016, and the general public has been made aware of this heart-wrenching news of the population of Lanka’s most famous big cat being on the decline through the headlines time and time again.

Two endangered leopards, including a rare melanistic black panther, were killed after getting caught to traps, within less than a span of a week. Another was found severely injured in early June 2020.

To add fodder to the already blazing fire, on 25 September, the Ududumbara Police arrested three individuals transporting parts of a leopard; they were carrying a severed head and different parts of the beast’s body for sale, and 17 kg of leopard flesh in total.

In conversation with WWCT Co-Founder and Managing Trustee Anjali Watson and WWCT Founding Trustee and Principal Investigator Dr. Andrew Kittle, The Sunday Morning Brunch learnt that the recent heinous event is not exactly a new occurrence.

“It was a shock to see, as this sort of thing is gruesome, especially coming on the heels of the shot leopard that was still being dealt with,” shared Watson and Dr. Kittle.

“However, we do know that dead leopards are occasionally butchered for their parts here. It appears that it is usually animals that are accidentally caught in snares where the perpetrators opportunistically butcher to try and sell the parts. These parts are the teeth, claws, and skins, although flesh is eaten as well in some areas. In this instance, the skin was very poorly removed, which suggests that this was not a professional operation.

“Of course, this is the kind of thing that needs to be carefully monitored as there is always the potential for wider and more intense demand to arise. Also, we know about these animals because they get intercepted and there are obviously animals that are killed that are not known about.”

Being truly reprehensible in its regard, the recent surge in leopard deaths, specifically those intentionally leading to entrapment through the utilisation of wire snare traps, could be linked with the increasing demand for bushmeat, possibly within Chinese communities and residents in the Central Highlands in Sri Lanka where there is talk that consuming leopard flesh is a cure for asthma.

However, Watson and Dr. Kittle said this cannot be confirmed, stating: “It is not possible to determine if this is the case at this juncture. There has long been a fairly limited local market for leopard meat – both for consumption and for various medicinal beliefs – as well as for teeth and claws for amulets and jewellery. But this does not seem to have been a widespread practice.

“There is also a well-known and well-established demand for other types of bushmeat (e.g. wild boar, deer, sambar). Many people may have partaken in this with the incorrect belief that it has no impact. Whether this incident represents an example of this longstanding but relatively low-level trend or whether it represents an increase is uncertain. Again, monitoring of this is critical.”

If a widespread demand for commercialised bushmeat is on the rise, however, which at present is questionable, it is an avenue for many more multifaceted sub-issues to arise.

Speaking to The Sunday Morning Brunch, conservation biologist Dr. Sriyanie Miththapala stated: “If there is indeed a rise in bushmeat demand in Sri Lanka, it is imperative that there are some targeted awareness programmes to show how dangerous it is to eat bushmeat: SARS-CoV-2 has shown us that.”

Laws and penalties in place

According to Section 31, Subsection 2 of the Flora and Fauna Protection Ordinance (FFPO), the Sri Lankan leopard is a strictly conserved species. If an offence is committed against the Sri Lankan leopard, the perpetrators can be arrested even without a warrant on a non-bailable offence with up to five years in jail.

The main cause for these untimely leopard deaths and fatal injuries are wire snare traps. The black leopard deaths in 2009 and 2013 were both due to these traps, and this seems to be the case for the recent leopard in question as well, before its body was abhorrently dismembered.

WWCT data from 2010-2020 shows that of all the leopards that get caught to these wire snare traps, 90% secure a sure ticket to the afterlife. Forty-seven leopards were trapped in wire snares over the past 10 years, and that has accounted for 42 leopard deaths in itself.

“There is legal provision about snaring with penalties set in that regard that could be increased in severity. Implementation of law is key and there is now a concerted effort to improve on this,” explained Watson about Sri Lanka’s current stance on wire snares.

“The illegalities and severity of this crime need to be known better by the public. Capturing an animal in a snare is bad enough, but escalating to selling its parts, even opportunistically, is a much greater crime as this is the type of activity that is causing the global extinction crisis we currently face.

“We are attempting to create increased awareness about this issue together with the authorities – to put out the message that this cannot be tolerated and will be dealt with more strictly. Increased ground patrolling and thereby the removal of snares, and spreading awareness on its illegality and indiscriminate destruction, are a must.

“There also needs to be a concerted effort to understand where Sri Lanka falls in terms of the commercial wild meat trade, which could be on the rise here as it is internationally.”

In addition to these major threats, Watson and Dr. Kittle, through extensive research and proactive measures undertaken for the Leopard Project of the WWCT, gathered that the loss of habitat and fragmentation is a continuously pointed out major yet silent threat. The clearing of small parcels of forested and mixed land-use areas in addition to the reckless behaviour of safari cab drivers in national parks are among other issues.

“To be honest, comparing it to other countries we have worked in, Sri Lanka is not too bad,” expressed Watson and Dr. Kittle.

“The fact that the public care about these issues is in itself evidence of it. The recent incidents are due to the changing environment of the pandemic, which resulted in increased destructive land use practices (land conversion to vegetable plots) and food security issues. This could become the new norm as people get used to these negative actions. It is therefore important to act now to ensure these issues do not escalate.”

Dr. Miththapala’s comments were much similar to Watson’s concerns. However, she stated that the prompt action that was needed to counter wildlife crimes and injustice against animals in general had to be “a part of a much bigger picture addressing a range of issues”.

“We have rampant habitat destruction and degradation, overexploitation of natural resources, pollution, invasive alien species spreading in various parts of the country, and we are experiencing the impacts of climate change. As a result, over 1,300 species of flora and over 1,200 species of fauna are under threat. The underlying driver of these changes is that we have many people in a very small area of land. The population density is 336 persons per square km, with almost double this density in the wet zone. There is also poverty distributed differently in different parts of the country.”

Digging deeper into this detestable crime against wildlife, organisations such as the Serendipity Wildlife Foundation extended their willingness to investigate the recent climb in leopard deaths using modern and cutting-edge technologies such as artificial intelligence (AI), biometrics, facial recognition, surveillance, and open-source intelligence technology. While they say a possible foreign link to these killings is a rising question, it has yet not seen the light of day.

“We understand that they are investigating the possibility of foreign links, but I don’t know if they necessarily suspect it,” stated the WWTC experts. “The leopards are prey to snares. It is only in this last incident that there has been a situation where the carcass was cut up for possible sale, and as mentioned before, there is a small local market that needs to be addressed and dealt with.

“Yes, there is, as we all know, illegal international trading of wildlife – which is the third largest illegal cross-border trade (after human trafficking and the illegal drug trade) – and a very close eye needs to be kept on how this is to impact our wildlife as Sri Lanka’s exposure as a nation increases.”

Moving forward into a more progressive world in which animal rights are considered as important as human rights, the journey towards curbing the magnitude of this prevalent issue is much more than a mere walk in the park.

Increased awareness on its illegality and educating the country’s constituents on its Penal Code is crucial.

“Information on fines and jail terms of setting snares needs to be widely disseminated so as to discourage the setting of these snares. These penalties also need to be implemented. Also, better land use planning needs to be done so that vegetable plots are not put wherever people like and in areas used by wildlife, as this does not benefit either the people or wildlife.

“Alternative methods for vegetable plots that are not as destructive need to be looked into. Also, why poaching is occurring, so as to understand the difference between the need for food security and commercial novelty consumption, as each needs to be dealt with in its own right,” affirmed Watson and Dr. Kittle on possible preventive measures.

“We need to improve our communication about conservation, and we need to create awareness about why the Sri Lankan leopard is important ecologically, economically, and culturally. We need to show clearly the links between ecosystem wellbeing and human wellbeing.

“Leopards are apex predators and therefore, they not only influence the functioning of ecosystems, but also provide umbrella protection to all other species with the ecosystem,” said Dr. Miththapala in her final remarks.

As inhabitants of an island with such marvellous creatures that add to our nation’s attraction, we need to truly be proactive and not just say: “Save the leopard!”

September 8, 2019 byThe Sunday Morning No Comments
On 11 September, the Wildlife and Nature Protection Society of Sri Lanka (WNPS) will host a discussion on the assessed threats of and proposed conservation actions for the wild cats of Sri Lanka

May 28, 2019 bythemorninglk No Comments
When the Universal Declaration of Human Rights was being drafted, libertarian democratic countries like Britain and America were not in favour of bringing forth provisions that opposed hate speech.