August 6, 2019 by themorninglk No Comments 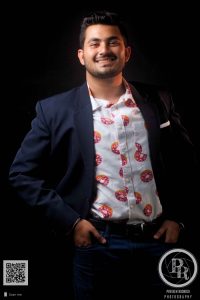 The Voice by Ishan De Lanerolle is delighted to present Eksath De Alwis live in concert on 10 September at the Lionel Wendt Theatre from 7 p.m. onwards.

Eksath has been a part of the community for a period of one and a half years, and this is set to be his first full-length show.

“My concert was the very first one in this series, and that was last year in September.

This is my second concert, although this is my first solo performance,” he said.

Speaking to Eksath, we learnt that his most preferred genre to sing is classical, although he has taken a liking in listening to all genres.

He is set to perform an assortment of 15 songs of legendary artists such as Engelbert Humperdinck, Jim Reeves, and Tom Jones. Instilled with a wide vocal range, Eksath will invariably be a voice to look out for.

Ishan is renowned to have initiated the concept of organising concerts for his students and they have taken part in numerous concerts over the years – Different Voices 1 with 105 students as well as a show which took place on 1 and 2 June featuring 212 students from various age groups are some of them.

Apart from this, he also conducted a series of concerts where he would feature three of his students and one guest performance.

May 20, 2019 byJennifer Anandanayagam No Comments
Veteran actress Nita Fernando won Best Actress in the Foreign Language Films category at the 2019 Nice International Film Festival of France, held on Saturday 18 May.

July 31, 2019 byRandev No Comments
Dr Jean Arasanayagam, a world-renowned Sri Lankan poet has passed away after a brief illness yesterday (30).