President Gotabaya Rajapaksa on 22 May said a presidential task force would be appointed under the Defence Secretary to conduct a comprehensive survey of archaeological sites in the East and to take measures to preserve these.

The Department of Archaeology of Sri Lanka is the guardian of all such monuments of the country’s heritage. Accordingly, the President is currently conducting discussions with the Department, which is represented by its Director General, Dr. Senarath Dissanayake. 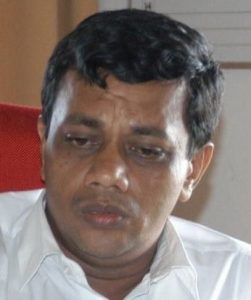 Dr. Dissanayake, speaking to The Sunday Morning Brunch, explained how there are so many monuments in the country which need to be attended to, but appreciated that at least some of the sites which are of great value to our country’s heritage were receiving this kind of care.

When it comes to the project itself, much is yet undecided due to the fact that there is still more research to be done. The project will not be conducted in the North Central Province, which houses the cities of Anuradhapura and Polonnaruwa. Dr. Dissanayake shared that while these two cities and its monuments are of immense importance, there are also many more places within the island that are of equal importance. Hence, the project will be conducted in the Northern and Eastern Provinces.

Dr. Dissanayake expressed that these areas were largely unobserved and barely cared for as historical locations over three whole decades as a result of the civil war. The type of conservation that needs to be done, according to him, is twofold.

First, chemical conservation through which paintings and frescoes are properly maintained, such as those in Sigiriya. While these frescoes of the beautiful women in Sigiriya are the most popular in our country, Dr. Dissanayake shared that there are around 3,000 more “painting sites” in our country which need chemical conservation. This chemical solution and the natural material used in its composition preserve the image when carefully applied by archaeologists and other experts.

He then spoke about the other form of conservation that needs to be done. Dr. Dissanayake shared that even with regards to the paintings, the most important aspect about conserving historical monuments is maintaining their authenticity, which will be done through architectural conservation. The original form in which the buildings were created, its primary architectural structure, must at all costs remain the same. Hence, the preservation of ancient ruins in these parts, which for decades has been ignored, is sure to be a difficult task.

Dr. Dissanayake shared that the Presidential Task Force put together for this project will consist of individuals who can aid in the way of labour, knowledge, and expertise, the last group of which will consist largely of local archaeologists under the department. For other purposes, the President along with the Secretary of Defence have promised the full support of all three defence forces of the country – the Army, Air Force, and Navy.

While Dr. Dissanayake is overjoyed at the opportunity to have at least some of these timeless valuables under his jurisdiction, he spoke about the many more that could use this kind of attention. Sri Lanka, according to Dr. Dissanayake, is a nation with one of the highest archaeological site densities in the whole world. The sites add up to about 250,000 he said, and while these include the 34,000 village tanks, ruins, colonial sites, and other monuments from the country’s recorded history, it does not include Sri Lanka’s prehistoric sites. According to Dr. Dissanayake, if prehistoric sites were to be considered as well, this number would rise to about an overwhelming million.

He said that settlements in Sri Lanka are believed to date back two million years and that there is in fact material evidence to prove it. However, he is sorry to say that out of these millions of sites, the gazetted ones only amount up to about 16,000. He said it would take around 10-20 years to gazette it all.

Aware of the fact that our country cannot completely focus on one thing, Dr. Dissanayake continued: “For a developing country, there are other things to worry about. Funding is the largest problem.” The Archaeological Department prioritises a number of sites which should receive more urgent focus. Dr. Dissanayake shared that a great factor they consider when working on a project is whether or not the item is in critical condition. If so, it becomes a priority. Another factor they consider when funding a certain project is whether or not the location is a World Heritage Site.

Dr. Dissanayake remains hopeful, as some kind of support is being extended to the department to conserve the richness of our country’s history.

October 1, 2020 bythemorningeditor1 liberty No Comments
Sri Lanka is famous for its tea and tea plantations. Thé Kahata is a photography exhibition that captures the lives of the workers of these plantations through the lens of their own youths.