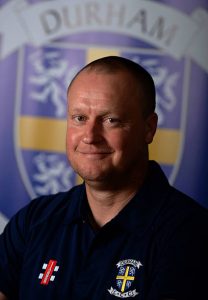 Lewis will join the national team during the ODI leg of the ongoing New Zealand tour and will remain with the team, until the end of the 2019 World Cup.

SLC media release on the appointment issued on Thursday:

Lewis, before taking over the SLC role, was the Head Coach of the Durham County Cricket Club.

Durham, under his wings, has won the Division One County Championship (2013), Royal London One-Day Cup (2014) and also has become the runner-up of the NatWest T20 Blast 2016.

He will join the national team, during the ODI leg of the ongoing New Zealand tour and take over duties from Mr. Thilan Samaraweera.

Lewis will remain with the team, until the end of the 2019 World Cup.

“With his expertise and experience, I believe, Lewis will be able to bring in the required impetus to our batting, which needs stability,” said SLC CEO Mr. Ashley De Silva.

August 29, 2021 byRevatha No Comments
Major sports happenings on the day

September 26, 2019 byRevatha No Comments
The ICC’s decision to suspend Zimbabwe has cost them the important tour of India next January, when they were scheduled to play a three-match T20I series