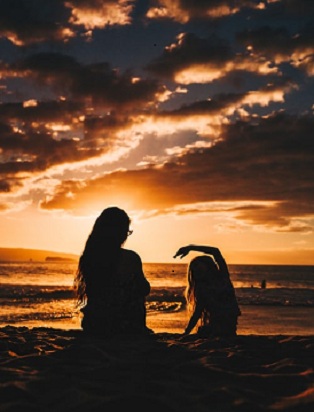 There are some mothers who manage to raise their kids amidst the most unimaginable and greatest difficulties. Many of their stories show how unfair and cruel society can be in a nation where mothers are said to be so greatly respected and adored.

This Mother’s Day, which falls on 10 May, perhaps we could learn to appreciate and honour our mothers and continue to do so even after this day passes.

Six years ago, while Mayuri was pregnant with twins and she and her husband were eagerly waiting for their birth, she had to face a terribly unfortunate event that changed her life forever. One day, her husband suddenly disappeared.

Mayuri’s husband was a simple owner of a fruit shop which he had to rent since he and Mayuri could not afford to buy a place of their own as they lived with their family. Sometimes, in order to make some extra money, he would work as a driver for a minister whom Mayuri refers to as “Bertie”.

Mayuri was beginning to get alienated by those around her. “I was shunned and condemned by family and friends, especially my husband’s family,” she recalled. Portraying another example of a mother’s love, it was only Mayuri’s mother who continued to support her. Sometime after the twins were born – a boy and a girl – Mayuri ached to find answers about her husband’s disappearance. “I didn’t know what Colombo was, but I got on a train and came here with my babies. He is my love, the father of these two children, and I could not simply forget about him.”

Now she lives in Meethotamulla after getting a job at the general hospital. However, when she first arrived in Colombo, she had to live on the streets with her children. Somehow she managed to put the kids into two schools, believing their education is of utmost importance so that at least someday, the two of them might be able to find some comfort in this world.

She said her job is tedious and she is awfully underpaid. However, she cannot ask for an increment because she is unable to go to work everyday as she needs to stay back with her kids sometimes.

Mayuri feels that she could take better care of her children if she could at least find a small safe house to raise them in. She has gone to many politicians asking for aid but they always say they would give her things if she works for their party. Even still, at the end of the day, they leave her with nothing. She’s even had to face court charges for loitering around with two children. 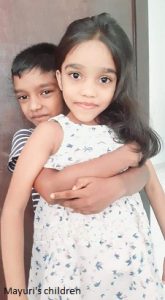 She told them that if she was to be thrown into prison, to have her thrown in along with her kids because she can’t bear to be away from them. Mayuri also argued that there were so many drug dealers and rapists out there who run around committing crime but go unpunished. “Why did they have to target an innocent woman like me?” she asked rhetorically.

Just at 38 years of age, Mayuri has severe nervous illnesses and diabetes. Despite having beauty, she showed how her thick black hair has now begun to fall as a result of the Rs. 3,000 rupee medication she has to take regularly. She thanks NGOs and other charitable individuals for helping her get her medicine and keep her children fed, and especially thanks her own dear mother for always spending her pension on her.

Puwanalojini is another exceptional lady who helped in the projects conducted by World Vision Lanka. In 2009, she protected her baby from war itself. While in Mullativu where she lived after getting married, she gave birth to her son,Thavalojan in the midst of Sri Lanka’s gruesome civil war. They were farmers there. However, being civilians here did not help them from the cruelties of war, as that same year when her son was born, she lost her arm.  Puwanalojini also unfortunately lost her husband around the same time but, she held on bravely, for the sake of her baby boy.

After the war ended, she went to live with her parents in Vaharai (or Vakarai) in Batticaloa in the year 2010. Trying to find some way of coping with the loss of her husband, she learnt how to ride a bicycle with a single hand. As her son was growing up, she discovered that she had a passion for sports. Inspiring her son to never give up, she now takes part in sporting events at regional, provincial, and national levels and never fails to obtain a place. 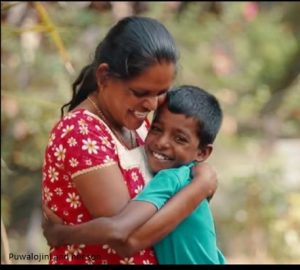 “Thavalojan, her son is Puwanalojini’s biggest cheerleader even when she travels for athletic events in the country. Her love for her son pushed her forward to be a better mother, eventually making her a community leader,” recalls World Vision after observing the pair.

Last year, she came in at second place in long jump at the National Games. She has also formed a group within her community consisting of those with disabilities and is also considered a leader in her community. She has managed to get her son the rightful education he needs and will continue to inspire not only her son, but also many other mothers with her ability to find herself once again by doing what she loves.

Here are a few messages from some mothers of Sri Lanka: 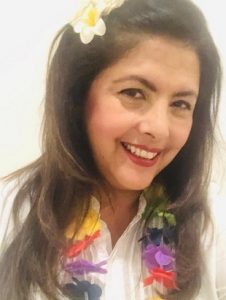 To every mother who stays at home, who goes to work, who is kind to herself, who learns from her kids and teaches her kids to be a better person, who negotiates her way to getting results, who laughs and hugs and makes a safe place for her kids to fall – you are the mighty heroes who make the next generation better than the last. It’s the hardest and most rewarding job. You sustain the family through this challenging time. You are the stability, safety, and comfort for every child. Like the frontline workers, you are the champions. Happy Mother’s Day from the dream team and to the entrepreneurial mothers in the dream team.

Alma Flores – Owner of Sabores, a taste of Mexico 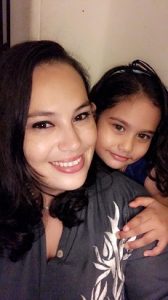 To all the mothers on this day, you are amazingly strong! Don’t give up, there is someone following your footsteps…Thank you for all your love, patience, and kindness, for all the advice and all the unconditional love. Happy Mother’s Day!

Aysha Asad – Owner of A Drop of Treacle 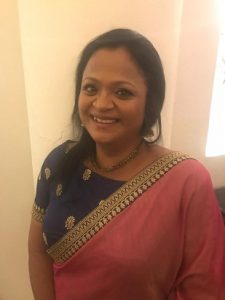 Being a mum is a 24/7 job and for every mum out there, the struggle is real, the balance is real, the tears and frustration are real. Yes, some may have given up their dream and aspiration to bring up tiny little humans, but always remember that you’re doing an amazing job by educating and moulding the next generation into amazing global citizens. Thanking all the mums out there and wishing them a very happy Mother’s Day! 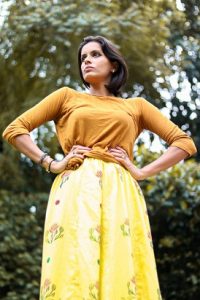 The idea that we should celebrate mums because “they give 1,000% in 24/7 balancing, juggling, sacrificing” is so fundamentally wrong. No person in any role should have that expectation or that pressure. A mum is a woman. A woman with her own life, dreams, ambitions, loves, and hobbies – all things that need to be fulfilled by her and those around her. She simply cannot give life to her children till she has a life to give. We are not mothers because we give birth, cook, clean, and taxi our kids around. We are mothers because we lead from the front, we show our sons and daughters what a woman can be, what a woman can do, and that even the sky isn’t a limit.

Let’s celebrate this Mother’s Day by finding ways to support every mother we know to be free from dated harmful stereotypes, and support every woman to be the most she wants to be.

Havens of prayer and security, now no more?

April 28, 2019 bythemorninglk No Comments
Places of worship, safe havens, were now left with doubt and heartache as the entire nation was shaken by the Easter Sunday bombings. The attacks were a sequence of coordinated explosions that hit th