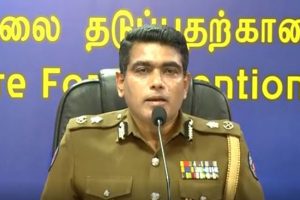 Further, he stated that more Rapid Antigen tests will be done on those associated with school transport to minimize the risk of COVID-19.

He further stated that a total of 7,828 institutions were investigated during the course of this operation.

During the last 24 hours, 24 persons were also arrested for not wearing face masks and not adhering to social distancing.

August 6, 2020 byTSM Web Desk No Comments
The overall voter turnout recorded in 12 electoral districts had crossed 70%, with the highest turnout of 76% observed in the Hambantota and Batticaloa Districts at the parliamentary election,

March 17, 2020 byTSM Web Desk No Comments
The government is currently in discussion to shut down the Bandaranaike International Airport (BIA), The Sunday Morning learns.