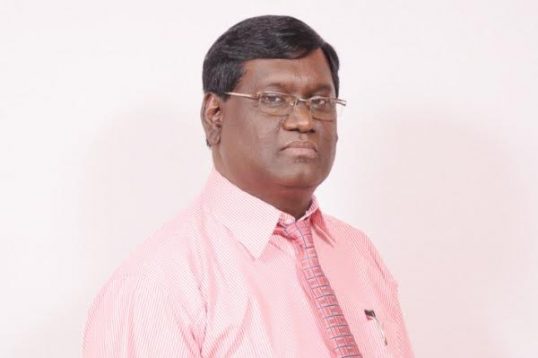 TNA support will be decided after nominations: Dr. Sivaprakasam Sivamohan

The Tamil National Alliance (TNA) said that while it would not field a candidate at the presidential election, a decision on whom to support at the polls would be made after nominations are handed in.
TNA Parliamentarian Dr. Sivaprakasam Sivamohan told The Sunday Morning that he did not believe former Defence Secretary Gotabaya Rajapaksa would get the support of the Tamil people.
Below are excerpts of his interview with The Sunday Morning:


How are you gearing for the presidential election and will you be fielding your own candidate or supporting a candidate or another party or alliance?

I don’t think we will be fielding anyone. Usually we don’t field any candidates. Up to now, we still haven’t decided on whom to support. After the nominations have been made, the TNA will decide on behalf of the Tamil people who we will be canvassing for.

Actually, the last time, we fully supported President Maithripala Sirisena, but he has failed to fulfill his pledges. He is yet to attempt that. I don’t think the Tamil people will believe the promises of a candidate in the future.


What do you think should be the main focal points of the candidate looking to contest and win support at the next election?

Anybody who is going to contest should follow United Nations Human Rights Council (UNHRC) resolutions and the right of the people to live in peace and harmony. Our people should be able to live peacefully. If this person is intending on keeping the Government under military influence, I don’t think he will get the support he needs.


There is already speculation that former Defence Secretary Gotabaya Rajapaksa will be the presidential candidate of the Sri Lanka Podujana Peramuna (SLPP). How do you see his move to contest at the election?

The Tamils were mostly affected during his period as the Defence Secretary. On a human rights angle, our people are still suffering because of the consequences of the decisions taken by the then Government. No answers or remedies have been given to the people affected by the war. From the side of the Tamil people, I don’t think they will give any support to Gotabaya Rajapaksa.

It doesn’t matter whether it’s a new face or an old face. If it is an individual who would strive to maintain justice and law and order in the country, we will give our support.

‘COPE Chair’s performance not determined by whether he is in Govt. or opposition’ A: Prof. Charitha Herath

March 30, 2021 byNews Admin No Comments
Usually, the true state of Public Enterprises reaches the public when the Parliament’s Committee on Public Enterprises summons various institutions to inquire upon them. The COPE sessions are being he

A lesson in ‘Dutch courage’

July 14, 2021 byNews Admin No Comments
Dutch Prime Minister Mark Rutte on Monday (12) openly acknowledged that his Government had made an “error of judgement” when it decided to relax Covid-19-related restrictions by end-June, which turned