To the polls again. Yes. Again!

Sri Lanka: A nation fighting below its weight class

It was in November 2019, just nine months ago, that we went to the polls to elect a President. We head to the polls again on 5 August 2020 for our general election to elect the representatives of the people in Parliament, that once august assembly.

August: The month and the meaning

The word “august” to some means magnificent or majestic and marked by dignity or grandeur. To others, august is not just the eighth month of the year, it describes something esteemed or regal and originates from Augustus Caesar, the first emperor of the Roman Empire. To yet some others, august means respected, hallowed, illustrious, prestigious, honoured, acclaimed, of repute, of high standing, lofty, high-ranking, royal, etc.

The October 2018 revolution and my mother of 97

If the definition of august as described above was to refer to our Parliament, that, of course, is not what we saw in October 2018. My mother lived in our ancestral home after we flew out of that warm and secure “nest” she created in Colombo and any home we stayed in. Given the constitutional crisis and its implications, I was constrained in my travels to see her. That was because I had to be at hand in my capacity as the chairman of an apex regulator – an appointment made by the government, which had just been usurped. 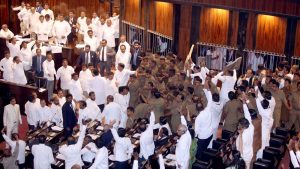 Sadly, my mother left us for good during those days, and I yet cannot get over not having visited her for weeks. I will never get over that, because she was not simply a mother; she was a mother-in-law, grandmother, great grandmother, homemaker, friend, guide, mentor, teacher, a jack of all trades, and a master of many and much more. Also a tennis player and an avid cricket fan, she got out at 97!

I was on the road again on the Southern Expressway, after almost three-and-a-half months of being constrained in doing so due to the horrendous coronavirus. There were restrictions not because of a military conflict, a southern insurrection, a tsunami, floods, or earth slips (there was one on the Southern Expressway a few days before, but had been cleared), but because of an unpredictable pandemic.

Heading Down South to my ancestral home in Getamanna, Beliatta in the Hambantota District, I sang Country Roads, Take Me Home thrice – to myself, of course, lest my chauffeur thought I was high on the beauty of a country, which I intermittently remarked about. I urged him to save and travel so that he too appreciates and protects what we have. I shared with him many stories about the many countries I had travelled to and the positives we had. We both lamented about not being blessed with a political leadership that we could truly look up to.

Protecting what we have

Whenever I travel on this highway, I get nostalgic and necessarily so. I have advised my personal drivers as well as Bank of Ceylon (BOC) and Securities and Exchange Commission (SEC) chauffeurs – all good simple, family men – to travel out at least to India or to any country in South Asia so that none of them takes what we have been born into for granted. Whilst being thankful to the Rajapaksa regime for the Kottawa to Godagama stretch constructed a few years ago, I am thankful to the 2015-2019 Good Governance regime for the completion of the extension to Hambantota via our village (Getamanna), with an exit at Beliatta.

It was an absolute joy; I travelled on the highway all the way to Kahawatte, Beliatta and then just 15 minutes after the Kahawatte exit, I was at the gate of my ancestral home. Door to door, it took me less than two hours and 15 minutes to visit my place of birth – my ancestral home. Yes, as the song goes, “to a place I belong”, which none of the five of us – my brother and three sisters – have ever walked away from, and hopefully never will. We will hand over the baton to our children – there are eight of them and all married, making it 16, and some have children, so 19. I for one know that they will maintain our home and enjoy it. I am sure they will.

The many travels on Galle Road

I reminisced about my father who travelled so much on the old Galle Road, up and down, starting each journey either way at 4.30 a.m., sans highways and power steering, yet never tiring even once. Much of it in our Opel Kapitan, in which I learned to drive. But what kept running in my mind as I passed the paddy fields, forest reserves, and much more was that we are a nation of great beauty. We opened the economy in 1977, one year before China and 14 years before India, but yet, 43 years on and 70-plus years after independence, we are still fighting below our weight class. 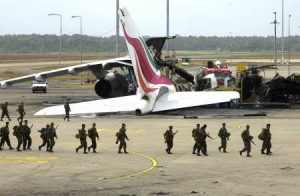 The attack on our only airport is regarded as the boldest terrorist attack by the LTTE (Liberation Tigers of Tamil Eelam). It was believed that the LTTE timed it to coincide with the rioting of the tragic events of “Black July” in 1983. The aftermath of the airport attack, including President Kumaratunga’s invitation to 600-700-plus professionals to the lawn of the President’s House, which I attended, I will reserve for future reminiscences. But here’s something more relevant for today, which was triggered by this event.

Ambassador Wills at the Ceylon Chamber in August 2001

Ambassador E. Ashley Wills presented his credentials to President Chandrika Bandaranaike Kumaratunga in November 2000. He had served in New Delhi (India), Brussels (Belgium), Belgrade, Yugoslavia, was Political Advisor to the Commander of American Forces in Grenada, Bridgetown (Barbados), Durban (South Africa), and Bucharest (Romania). He graduated with honours from the University of Virginia in 1971, and a MA in Economics from Johns Hopkins University. He was an accomplished career diplomat. 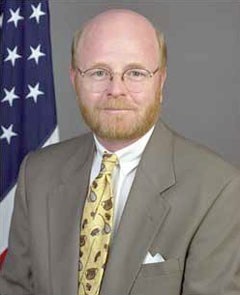 My anecdote of almost two decades ago is about Ambassador Wills’ remark that we should negotiate peace which will enable us to develop the country since “Sri Lanka is fighting below its weight class”. He said this at a special session in the main auditorium of Sri Lanka’s oldest Chamber, the Ceylon Chamber of Commerce (CCC), in August 2001.

Seeking tariff concessions for us

I was a member of the Main Committee of the CCC, and while many typically remained silent, I engaged Ambassador Wills in a dialogue. Having thanked him for his encouraging sentiment, I inquired whether the US would give us a helping hand to get up and walk again by considering lower tariff entry to a broad range of our exports. I referred to the manner in which the US granted the Bahamas and the Caribbean countries almost zero duty entry under the Caribbean Basin Initiative (CBI). Canada granted similar concessions to the Caribbean under the Caribcan scheme.

These Caribbean Basin incentives were to prevent the Bahamas and the many Caribbean countries – such as Jamaica, Trinidad, Barbados, Haiti, Granada, to name a few – going the way Cuba did. I was very familiar with these schemes and in fact had applied for CBI status for a client of my firm Deloitte. When the US customs bureaucratised, I wrote to and met with the US Ambassador in Nassau, Bahamas. The Ambassador swiftly intervened and my client was granted CBI status.

Ambassador Wills was a trifle taken aback with my request for special status for a country I thought he was in solidarity with and passionately referred to as “fighting below its weight class”. Nevertheless, he regained his composure and from the podium instructed his staff to explore the possibility of similar concessions for Sri Lanka. Prakash Mirchandani, who supported my request and spoke about the need for Sri Lanka to have strong lobbyists, will certainly remember this.

And in solidarity with the US

I think it might be useful, in lighter vein, to complete my reminiscences of that time. To demonstrate my solidarity with the US, I wrote to the Ambassador, in my capacity as the then President of CA Sri Lanka (Institute of Chartered Accountants of Sri Lanka). Having conveyed my condolences on the deaths of many in the twin towers, who sadly included colleagues of Deloitte New York I had frequently visited, I invited Ambassador Wills to the year-end Annual National Conference of CA Sri Lanka. I did not get a reply and learned that he had been recalled to Washington DC for a briefing.

I met him many weeks later at a Thanksgiving dinner of the Sri Lanka America Society (SLAS) at the home of the Deputy Chief of Mission of the US at Albert Crescent. I was a former Treasurer of SLAS. I approached him once more; he recalled the invitation and by the end of the year graced our annual national conference as the Chief Guest. We all got a chance to “debrief” him as it were at the cocktails we hosted. I make bold to say that the statement he made then, “Sri Lanka is fighting below its weight class”, could well be said even today.

New orders pick up across industries in June

July 19, 2021 byNews Admin No Comments
Driven by a strong recovery in new orders, manufacturing activities recovered marginally during June 2021 from the adverse impacts of the third wave of the Covid-19 pandemic, according to the Central

October 19, 2019 byThe Sunday Morning No Comments
A Sri Lankan’s love for food is one of the many reasons the country’s food and beverage (F&B) industry is diverse and sees the rise of several restaurants each year.