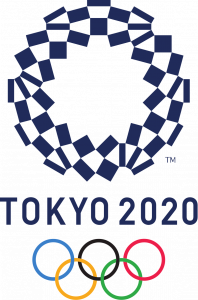 When sportsmanship exemplified what Olympic Games is all about! The scene was the final of the men’s high jump on Sunday (1) at the Tokyo Olympics. Italy’s Gianmarco Tamberi was facing Qatar’s Mutaz Essa Barshim in the final. Both of them jumped 2.37 m and were on par! Officials gave three more attempts to each of them, but they were unable to reach more than 2.37. One more attempt was given to both of them but Tampberi withdrew from the last attempt due to a serious leg injury. 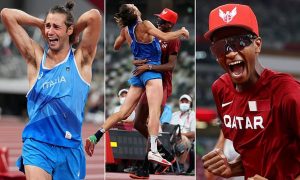 Italy’s Gianmarco Tamberi (on left) and Qatar’s Mutaz Essa Barshim: When sportsmanship exemplified what Olympic Games is all about in the final of the men’s high jump on Sunday (1) at the Tokyo Olympics.

The moment when there was no other opponent in front of Barshim, he could have easily got away with the gold, alone. But Barshim asked the officials, “If the gold can be shared between the two of us, if I withdraw from the final attempt?” The officials checked the rules and confirmed, “Yes, then the gold will be shared between the two of you.” Barshim then had nothing to think about and announced his withdrawal from the last attempt. The gold medal is shared for the first time in Olympics! Seeing this, the Italian opponent Tamberi ran and hugged Barshim and screamed. An amazing moment in world sport, even at the highest level like the Olympics: a touching moment when humanity won over fierce and cutthroat competition.

The reigning world champions U.S.A. were stunned with a 1-0 defeat at the hands of Canada in the first semi-finals of the women’s football yesterday (2). The decisive moment came in the 75th minute when Jessie Fleming scored the winner through a penalty for Canada.

Now Canada has a chance to win the gold in their first-ever appearance in the Olympic final. The Americans, who came as favourites, have won the women’s football gold four times before. Prior to this defeat, they have not been beaten by Canada for over 20 years. The second semi between Sweden and Australia stayed goal-less until the break yet Sweden won 1-0 eventually to book berth in the final. The bronze-medal match between U.S.A. and Australia will be on Thursday (5) at 1.30 p.m. Sri Lanka time. The gold-medal match will be on Friday (6), between Canada and Sweden, scheduled at 7.30 a.m.

Simone Biles will compete in today’s (3) beam final with the American taking up her final chance of an individual medal at an Olympics where she has withdrawn from four other finals. Biles, 24, has not competed since last week’s team final, where she performed on vault but no other apparatus before saying she wanted to protect her mental health. The pre-Games favourite, a four-time Olympic champion, has been suffering with the ‘twisties’, which gymnasts describe as a kind of mental block. Biles won bronze on the beam at Rio 2016.

* Transgender Hubbard out of weightlifting

Transgender athlete Laurel Hubbard made Olympic history but failed to record a successful lift in the women’s +87 kg weightlifting yesterday. She became the first openly transgender athlete to compete at a Games in a different gender category to the one in which they were born. But after a failed attempt to lift 120 kg and two failed efforts at 125 kg in the snatch, her competition ended.

* Thompson-Herah on course for sprint double

Jamaican Elaine Thompson-Herah is on course to complete a sprint double after equalling her personal best to qualify for the women’s 200 m final. The 100 m champion clocked 21.66 seconds to lead the qualifiers for the final with silver medallist Shelly-Ann Fraser-Pryce also safely through. Thompson-Herah looked impressive in her race but in the final, as well as Fraser-Pryce, Marie-Josee Ta Lou of Ivory Coast and impressive Namibian teenagers Christine Mboma and Beatrice Masilingi will all challenge. The 100 m bronze medallist Shericka Jackson failed to make it to the semi-finals after dramatically easing down too soon in her heat, missing out on qualification by four one-thousandths of a second.