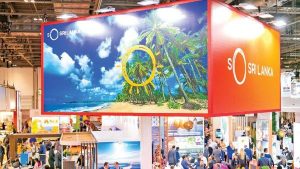 The new Minister of Tourism and Aviation Prasanna Ranatunga is expected to prioritise and expedite the long-delayed global tourism promotional campaign, the then Ministry Secretary S. Hettiarachchi told The Sunday Morning Business early last week.
Accordingly, the Cabinet approval for the promotional campaign is most likely to be obtained within two weeks and the campaign will be partially implemented subsequently.
“Nothing is hindering the implementation. Even the funds are all cleared,” he added.
Hettiarachchi noted that during the initial discussions soon after assuming duties at the Ministry, Minister Ranatunga noted that he would mainly focus on digital and social media for tourism promotion activities.
However, Hettiarachchi is no longer the Ministry Secretary, as  President Gotabaya Rajapaksa on Wednesday handed over appointment letters to new Secretaries of 20 new Ministries, including S. M. Mohamed as the Secretary to the Ministry of Tourism and Aviation.
Further details and possible changes in the promotional campaign initiative are yet to be discussed with the Minister and it is expected that the Minister would make significant changes to the initial plan.
“The Minister would bring some new ideas. He already had discussions with the industry stakeholders and also had separate discussions with Sri Lanka Tourism Promotion Bureau (SLTPB) and Sri Lanka Tourism Development Authority (SLTDA) officials,” Hettiarachchi noted.
Further, he added that proposals with regard to the promotional campaign already approved during the previous Government and not yet implemented have to go to the new Cabinet of Ministers for approval.
On 11 August, The Sunday Morning Business first reported that the tourism recovery campaign would not be ready in time to attract winter bookings due to the delayed procurement process.
The Rs. 415 million, 45-day campaign was to target Sri Lanka’s biggest tourism source markets to counter the negative perception of Sri Lanka created following the Easter Sunday attacks and to position it as a safe and attractive destination.
The recovery campaign, first announced within two weeks of the Easter attacks on 21 April, was only submitted for Cabinet approval in late May, along with the long-term global promotional campaign. Approval for both campaigns was received on 28 May.
However, the campaign ran into trouble when rival advertising agencies alleged that a proper procurement procedure had not been followed in the awarding of the contract to Wunderman Thompson.
The discourse built by these allegations ultimately led the Attorney General’s Department to investigate the matter and conclude that proper procedure had not been followed. It was pointed out that a committee should have been appointed to review the proposal prior to the cabinet paper being submitted and not after, as was the case. The campaign was subsequently abandoned due to the delays caused by these issues.
The absence of a consolidated tourism recovery campaign aimed at the winter season resulted in hotel and tour bookings for the season being lower than anticipated, even after accounting for the impact of the Easter Sunday attacks.
The Hotels Association of Sri Lanka (THASL) President Sanath Ukwatte told us that compared to last year’s hotel bookings for the winter season, this year’s bookings witnessed a 50% drop and the fall was mainly due to a lower number of bookings from European travellers.
Meanwhile, an official from the Sri Lanka Association of Inbound Tour Operators (SLAITO) told The Sunday Morning Business, on condition of anonymity, that tour bookings for this year’s winter season dropped by 20-30% compared to that of last year.
Senior tourism industry figures opined that even after the Easter Sunday attacks, the winter bookings could have been higher if there was a well co-ordinated, single global campaign carried out by tourism authorities.

SL should go to IMF : Deshal

February 10, 2021 byNews Admin No Comments
Sri Lanka faces a key macroeconomic challenge in 2021 in the aftermath of the Covid pandemic in managing to pay maturing external debt without depleting foreign reserves to a critical level.

Furthering your career in quality engineering: An insider perspective

October 6, 2021 byNews Admin No Comments
Delivering software products with exceptional quality is essential for technology organisations building mission-critical systems. If an application is not delivered to exacting standards of quality,