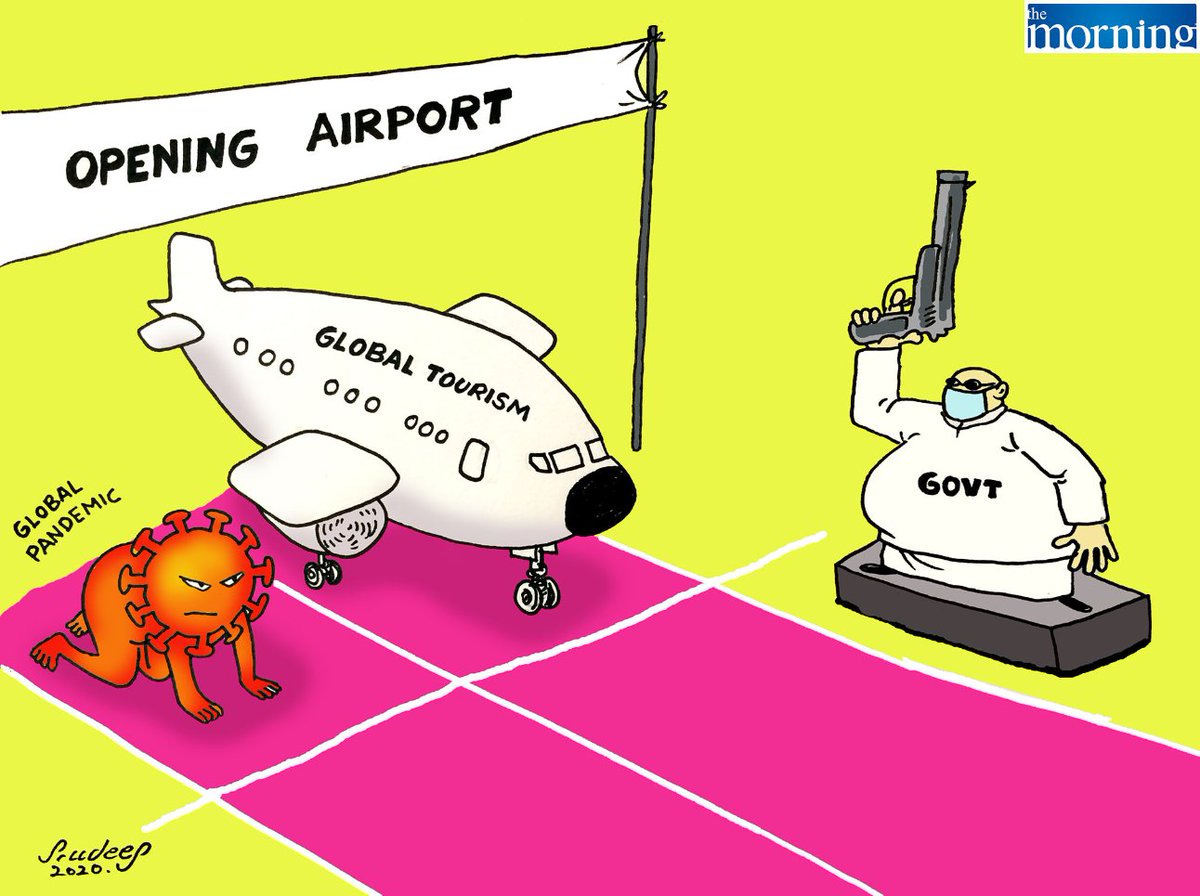 Tourism post Covid-19 lockdown, a slow recovery with $ 1 b target 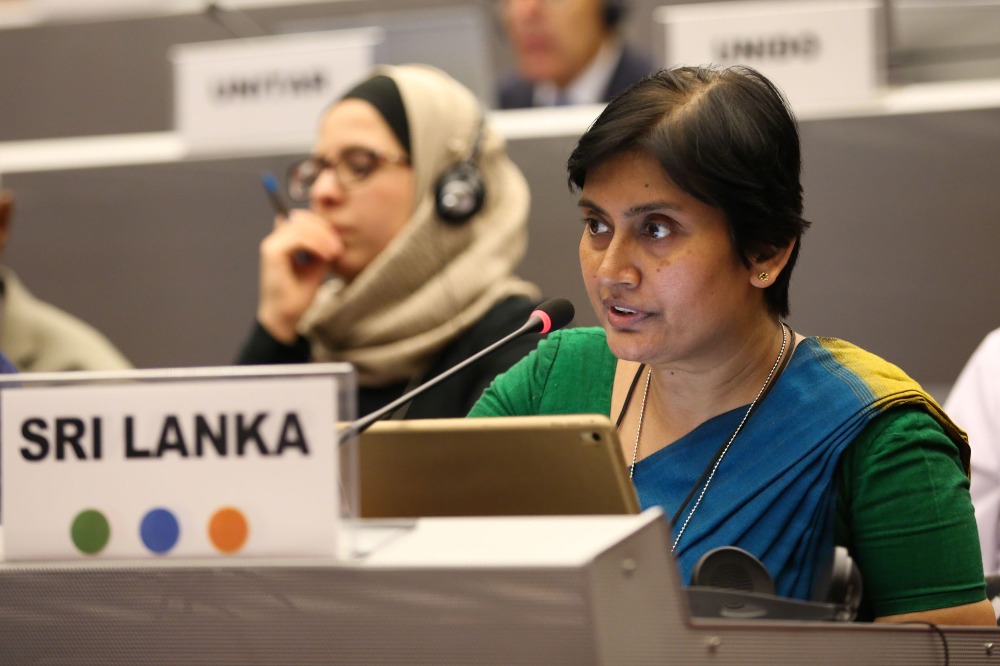 “Our tourism is slowly picking up, but the unstable nature of the current environment is making revenue projections unpredictable”  SLTDA Director General Dhammika Wijayasinghe

Two months since its reopening, Sri Lanka has managed to attract over 2,500 international tourists to its shores. The initial pilot project launched in December 2020 and the complete reopening of the airports in January 2021 have resulted in tourists from markets such as Europe, Asia-Pacific, and the Americas arriving in the country.

Since the launch of the tourism pilot project by Sri Lanka Tourism on 28 December last year, over 2,500 international tourists have graced the island as of 11 February, with the month of December accounting for 393 tourists, January 1,682 tourists, and 425 tourists arriving in the first two weeks of February, according to SLTDA data.

Tourists first started visiting the island in December last year, when a flight carrying 185 tourists from Ukraine landed at Mattala Rajapaksa International Airport (MRIA) for the first time since March 2020 for a pilot project carried out by Sri Lanka Tourism, aiming to attract international visitors. Following 11 more similar flights, the country fully reopened its airports for tourists on 21 January 2021 to all its tourism markets, except the UK due to its higher number of cases and the emergence of a deadlier variant of the virus.

In an earlier statement given to The Sunday Morning, the Sri Lanka Tourism Promotion Bureau (SLTPB) stated that while only 1,640 tourists came down as a part of the pilot project, the project’s initial aim was to accommodate around 5,000 Russian and Ukrainian tourists to generate $ 10 million of tourism revenue to Sri Lanka, with hotels offering an all-inclusive package no less than $ 100 per day. These tourists were each expected to spend $ 1,500 during their stay in the country.

“Our tourism is slowly picking up, but the unstable nature of the current environment is making revenue projections unpredictable,” said SLTDA Director General Dhammika Wijayasinghe, speaking to The Sunday Morning.

She explained that Sri Lanka Tourism aims to make at least one-fourth of its average yearly revenue in 2021, which amounts to around 500,000 tourists and an overall revenue of $ 1 billion. However, as of now, both monthly and quarterly revenue projections are unavailable.

Wijayasinghe stated that the SLTDA expects a slow pick-up in the first quarter of 2021, especially since the Sri Lanka Tourism app is yet to be launched. She went on to state that once the app is launched, it will act as a catalyst for Sri Lanka Tourism and accelerate its recovery.

The introduction of the travel app “Visit Sri Lanka” was announced by Sri Lanka Tourism in June 2020, where they stated the app is being developed with the aid of the United Nations Development Programme (UNDP) and the Information and Communication Technology Agency (ICTA).

Future versions of the app will also include the ability to buy tickets for government-run tourist destinations such as Sigiriya; and access maps, registered hotels, sports centres, tour guides; a review system, and will also aid local health authorities to keep track of tourists entering each district.

According to Sri Lanka Tourism, “Version Zero” (v0) of the app has been ready and awaiting authorisation from the Immigration and Emigration Department to be linked with the online visa process since August 2020. Wijayasinghe stated that they expect the app to be launched within the next two weeks.

Despite international tourists returning to the country, the Sri Lankan hotel sector is still struggling on its road to recovery. Hotels outside the 52 Level 1 hotels have reported difficulties running their properties due to the lack of both international and domestic tourists.

Speaking to The Sunday Morning, two hotels located in Unawatuna and Ella, two prominent tourist destinations in Sri Lanka, stated that the tourism industry’s “bio-bubble” initiative has excluded many of the smaller players and the restrictions put on local tourists are cutting further into their revenue.

They explained that due to the rules limiting gatherings and the cancellation of revenue-generating events such as New Year’s Eve and Valentine’s Day parties, the hotels are not able to make ends meet.

Speaking to us, The Hotels Association of Sri Lanka (THASL) President Sanath Ukwatte shared these concerns and stated that many local tourists are reluctant to travel due to the ongoing travel restrictions in certain areas, adding that guests only patronise hotels on long weekends. He went on to state that the cancellation of big-ticket events such as Valentine’s Day parties and dinners result in a further loss of revenue to hotels that are exclusively catering to locals.

Sri Lanka Tourism Development Authority (SLTDA) Director General Dhammika Wijayasinghe stated that many of these hotels are refusing to become Level 1 hotels due to those hotels not being able to entertain domestic tourists. Another issue she pointed out was that currently, after a guest leaves the hotel, the staff has to self-quarantine for 14 days before serving another guest.

“According to the guidelines, whether a guest tests positive or negative, the entire staff has to be under quarantine for the next two weeks, which is not ideal for smaller stakeholders.”

April 4, 2021 byNews Admin No Comments
The holding of the long-awaited provincial council (PC) elections is facing further delays, as the Government couldn’t reach a final decision on the electoral system as expected at last week's Cabinet

July 29, 2019 bythemorninglk No Comments
The inquiry into the Easter Sunday terrorist attack by the Parliamentary Select Committee (PSC) took more twists and turns this week