A proposal has been made by the Sri Lanka Tourism Development Authority (SLTDA) to increase the validity period of tourist visas to six months from the current period of one month, according to the SLTDA.

The proposal has been submitted to the Cabinet of Ministers and is likely to be taken up this week, SLTDA Chairperson Kimarli Fernando told The Sunday Morning Business last week. 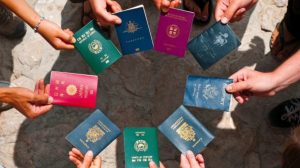 “Normally you have to pay $ 35 to get a one-month visa and pay again for an extension, which is a hassle. So I have suggested charging a one-time fee of $ 35 for a six-month visa,” Fernando added.

The extension has been proposed due to lengthy quarantine procedures tourists have to adhere to as per Ministry of Health guidelines when they visit the country and also to encourage tourists to stay for a longer period, according to Fernando.

She stated that the international travellers who arrive in Sri Lanka after the country eventually opens for tourism will be required to go through a compulsory 14-day quarantine period at selected hotels according to the Ministry of Health guidelines.

After completing the initial 14 day period, tourists can be moved to another set of selected hotels, where they get to visit designated tourist hotspots during specified hours while undergoing the second 14-day quarantine period. As the quarantine process alone takes 28 days, the SLTDA believes a visa valid for just one month would not suffice.

Further, when a visa is extended to six months for the same cost of that of one month, it is believed that tourists tend to stay for a longer period, increasing the tourism revenue for Sri Lanka.

According to the Department of Immigration and Emigration, prior to the lockdown, tourists were granted a 30-day visa. A person who applies for a short-term visit visa must obtain Electronic Travel Authorisation (eTA) before entering the country.

Every bonafide tourist who enters Sri Lanka within the period of the landing permit granted by the immigration officials can apply for a visa extension before the expiry of the visa. The short visit visa may be extended up to 90 days from the date of arrival at the first instance and a further 90 days at the second instance.

The country’s tourism came to a standstill after the closure of the Bandaranaike International Airport (BIA) in March, following the local outbreak of the Covid-19 virus. Nevertheless, following the lifting of the seven-week lockdown imposed by the Government to control the local spread of the virus, domestic tourism began to pick up bringing the occupancy rates of hotels to 20% until the recent “second wave” of the virus, which began on 4 October with the detection of the Minuwangoda cluster.

June 25, 2021 byNews Admin No Comments
A lawsuit is expected to be filed by the Consumer Affairs Authority (CAA) against Laugfs Gas for releasing 18-litre Liquefied Petroleum (LP) gas cylinders to the market without obtaining prior approva