Tourists advised to travel to airport early owing to protest 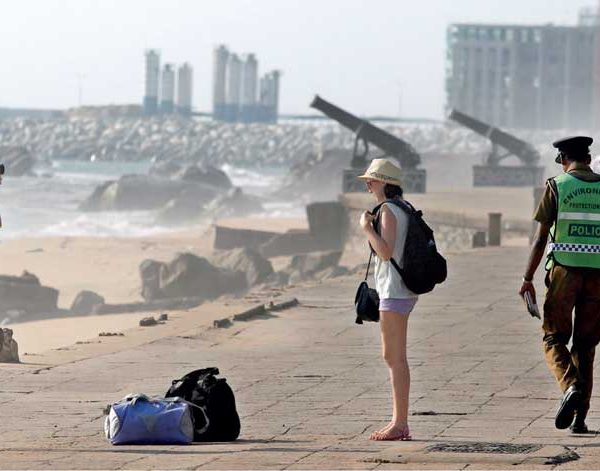 Tourists have been advised to travel to the airport early owing to the joint opposition protest in Colombo.

The City Hotels Association said that tourists staying at hotels in Colombo have been advised to make early travel arrangements owing to possible traffic on the streets.

The City Hotels Association said that Hotels in Colombo have made arrangements to ensure guests, especially tourists, are not inconvenienced by the protest organised by the Joint Opposition which is currently underway in Colombo.

“The hotels are experienced at handling these situations and have made their own arrangements such as informing tourists to be at the airport earlier than originally planned,” Colombo City Hotels Association President M. Shanthikumar told The Morning.

The majority of tourists who stay in Colombo hotels are business travelers.

Shanthikumar added that city hotels have handled these kind of situations in the past and therefore have the necessary experience.

He also said that the Colombo City Hotels Association has not received any communication or directives from the Government regarding the protest.

Gas prices soared due to non-adherence to LPG pricing formula?

October 12, 2021 byAazam Ameen No Comments
The prices of domestic gas cylinders would not have skyrocketed if the LPG pricing formula which was agreed upon with the companies was followed, says the Chairman of Laugfs Gas PLC, W.K.H. Wegapitiya

February 25, 2022 byNews Admin No Comments
Parliamentary proceedings were suspended for 10 minutes yesterday (24), following a protest staged by the members of the Opposition.