Toxic femininity: Is ‘women bringing women down’ even real?

Feminism and toxic femininity have made headlines more times than any of us would like to speak about, and they still do. We often hear about how women tear down other women and perhaps there are instances where this does happen. But how has this become something of a mundane occurence in our society? Have our ideologies of gender roles become distorted? Are we assigning personal shortcomings and insecurities to others so as not to bear the consequences of self-realisation? We spoke to Shehara Jayatilaka, Yasodhara Pathanjali, and Jessica Fernando on self-worth, toxic femininity, and the idea of competition among women. 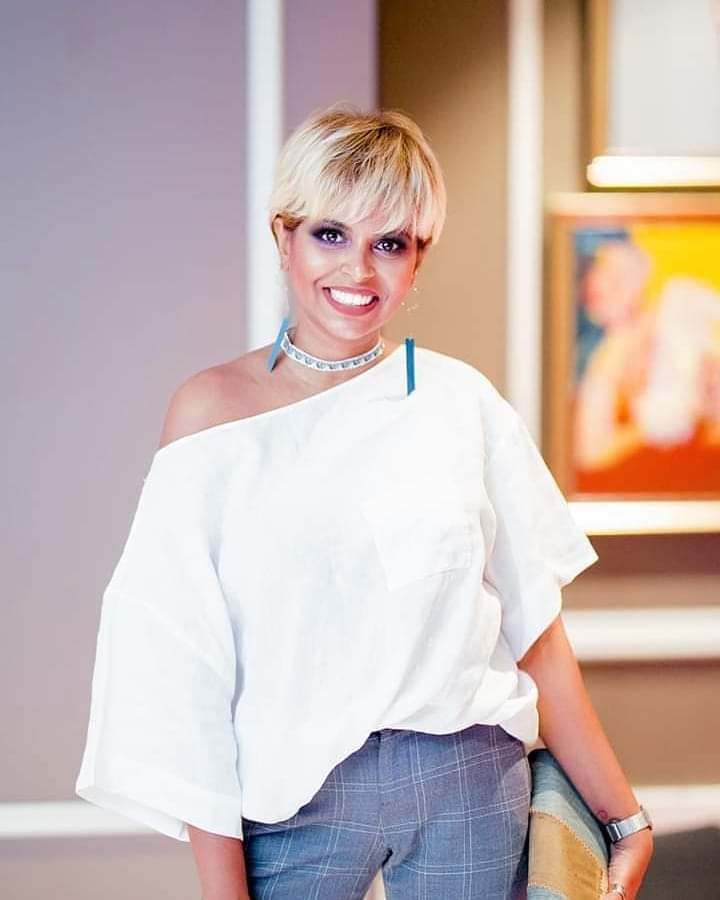 “Men egg women on, saying things like “oh, she is better than the other”, so men are enablers of toxic competitiveness among women”  Jessica Fernando

How do you think we can, as women, help build up and nurture the self-worth of other women?

Shehara: I think on a very basic level, which is probably the hardest, we need to put in the work to understand ourselves better. It will help us understand our strengths, skills, and how we react to situations in society. We’d be able to contribute to society and to uplifting other women as a whole. It’s always better to pour from a full cup than an empty one.

Yasodhara: I’m very uncomfortable about gender. People are people. Especially after the Mrs. Sri Lanka for Mrs. World pageant, there’s talk about how we should uplift other women. I am unaware of the emotional background to this and I won’t presume to know either, but as women, we should not be held to a standard that nobody else is. If you want to be ugly, territorial, or jealous, you can – albeit it not being a positive outlet. Gender doesn’t matter. Stop toxic behaviour because it is toxic, not because of gender. Women should not have this burden of being expected to be gentle and nurturing.

As a woman, what has your journey been like to recognise your self-worth?

Shehara: I was only able to understand self-worth through challenges and overcoming hardships. It helps make you see that you may have a unique frame of mind and skillset that may not be identical to anybody else’s. Falling sick, and certain losses that I have experienced in life, brought me down to realise what I was doing wrong and understand what my weaknesses were. I may not have been reacting to things in the most healthy way. I had anger issues and may have not been so kind to people, so I needed to be accountable for those toxic habits about myself and become better. It made me see that everybody around me is important. But most importantly, I realised that I need to love myself before I try to please everybody else.

Jessica: Based on my personal experience, I don’t think it is linear. It’s a battle. Mine came from surviving tough life experiences alone; I come from a single-parent family and seeing the struggles my mother went through to raise me and knowing that I did not want to face the same hardships without fighting against it. Building my self-worth is an ongoing process.

Do you feel that social media deprives women of their self-worth?

Jessica: I think it is a double-edged sword that has given women a platform, but can also make certain people question their worth. But that is why, I think, people with strength of character have a responsibility to educate others on this. A lot of my self-worth also stemmed from social media; I was told that I was too headstrong and outspoken for a woman, and I am 37. So I didn’t grow up with it. But it gave my inner voice a projection and a platform.

What is toxic femininity to you?

Yasodhara: I think anywhere we include gender pronouns and roles is toxic. Your genitals have nothing to do with your skills, your character and so on. Each person’s values, personality, and characteristics are separate from their biology. Gender brings in unnecessary layers of rules, obligations, political, social, and cultural agendas. In fact, I identify as a “parent of two children” and not a mother of two daughters. 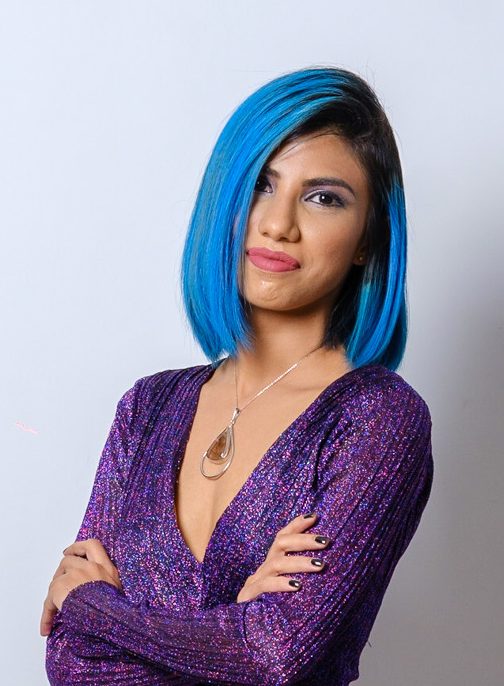 “I think on a very basic level, which is probably the hardest, we need to put in the work to understand ourselves better. We’d be able to contribute to society and to uplifting other women as a whole. It’s always better to pour from a full cup than an empty one”  Shehara Jayatilaka

How do you define feminism?

Yasodhara: Feminism is a term that gets a bad reputation. It’s misused and misunderstood. But to me, what we need is equality regardless of boundaries; I prefer to talk about equality, because when we break it down into categories, we are digressing and not investing in the right cause. I feel that these separations shouldn’t exist.

Where does toxic femininity come in when it concerns a subject like women bringing women down? Is it something that stems from social norms that compel women to perhaps compare themselves to other women, or is this psychologically rooted?

Shehara: In any walk of life, any gender bringing any gender down is sad and stems from jealousy and the lack of self-confidence. I grew up around environments like this and at one point, was like that as well. But it brought me to the realisation that there was something lacking in me and that I wasn’t confident in myself, which resulted in thoughts of wanting to bring somebody else down which I thankfully noticed was absolute rubbish. I believe that we need to identify the toxic thoughts and work on ourselves when we feel this, rather than bringing somebody else down.

It is often stated that there is a lot of competition among women in terms of career, relationships, friendships, and so on. When would you say that this is unhealthy or healthy?

Shehara: I don’t like the word competition because it has been spoken about to me in such a toxic way, even when people say that competition is important for self-improvement. I think that the only person I need to compete with is myself so that I can be a better version of myself. If you are comparing yourself to another person, that could become toxic, because you are not understanding yourself that well. I think holding a rivalry against another is unproductive. Maybe the idea of competition differs according to context, but either way, all we need to do is work on ourselves and set goals for ourselves. Getting inspired is great, but trying to compete with another person is unhealthy. The only exception I can think of is say, you and a friend are competing with each other, where the both of you are mutually aware and you both want to do better. That would be healthy and friendly.

Jessica: I think it’s a misconception because men are competitive too, but we give this spotlight to women because women are expected to be nurturing and gentle. When we step out of these boxes and become ambitious, it is viewed as toxic. Competition can get toxic but it is not gender related. Another aspect is that when women compete with each other, men egg them on saying things like “oh, she is better than the other”, so men are enablers of toxic competitiveness among women. Competition is healthy and allows us to grow and progress, especially in terms of career, but it is unhealthy if you are harming anybody in any way and discriminating or abusing another.

Jealousy and insecurity are normal human emotions. But how can we deal with it without hurting another person?

Shehara: These are feelings that we all go through. But understanding the meaning of these two words is the first step to understanding the repercussions on ourselves. I’m just going to say it – these are unnecessary feelings. They burden us, worry us, and make us forget the present. Be aware that we’re human and it’s natural to feel these, but before you go too far, stop yourself, be thankful for your own skills and achievements, and stay focused on your path.

Jessica: Insecurity stems from the lack of communication. If we can all communicate in person, (because texting may not be the best medium), it will help. Insecurity exists in career, relationships, or otherwise. Communication is the key to understanding, empowerment, and education. Communication enables unbiased views in any matter. Everything is not black and white. 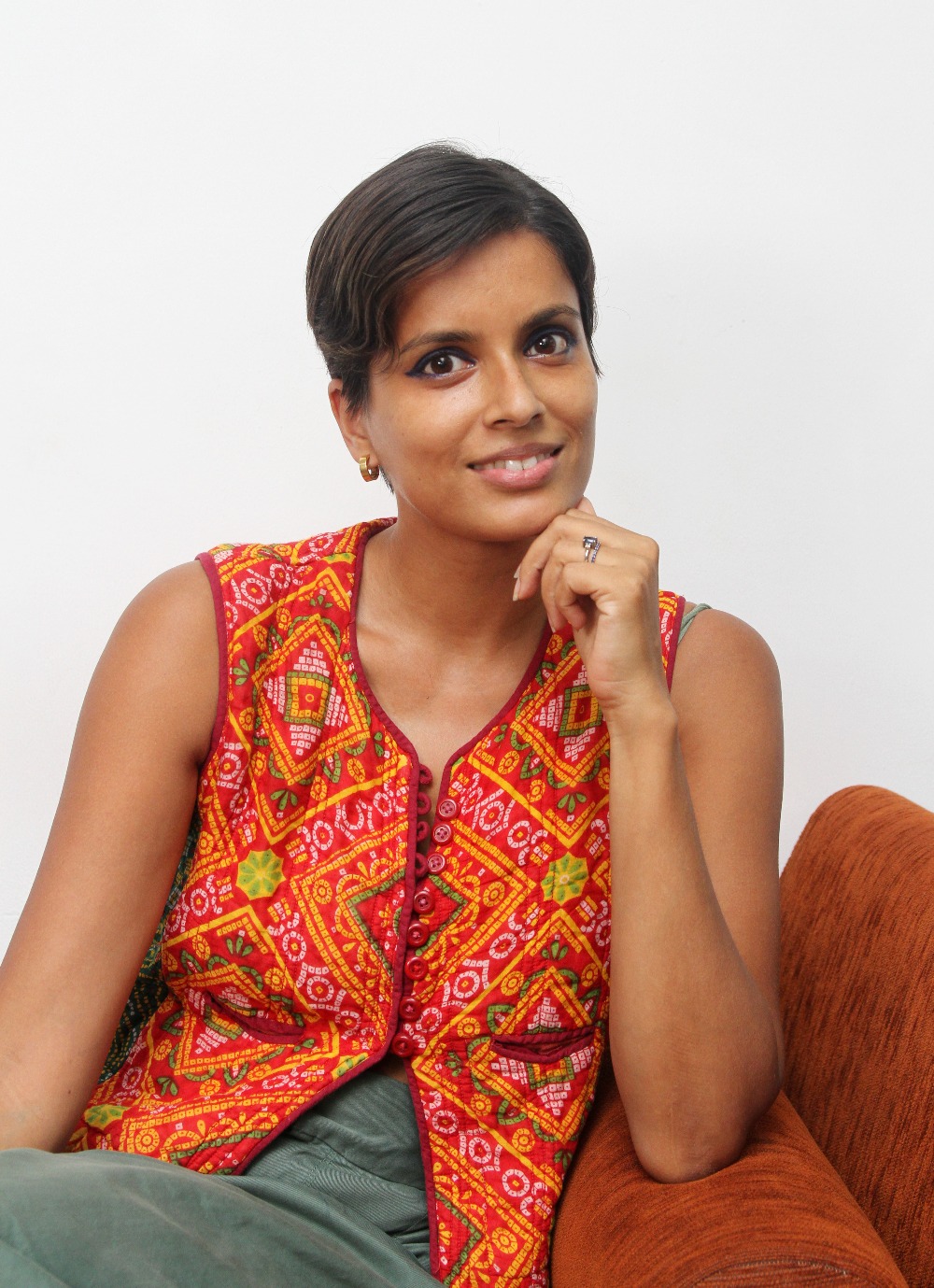 “I know that men can and will talk poorly of other men. I think it’s just that we talk more about what women talk about, while we may not really talk about what men say. For example, if a woman does this, it is seen as cattiness. But what’s the vocabulary for men?”  Yasodhara Pathanjali

There is a common belief that women speak ill of other women. Do you agree, and how can we strive to refrain from toxic behaviours that can impact one’s inspiration? Has society pitted women against other women?

Jessica: This for me comes down to nurturing, grooming, and empathy. If we lack empathy, we cannot nurture another, or understand the consequences of our words and actions. Some people grow up with families that nurture empathy and some don’t. Abusive families also significantly impair the empathy quota of a person. I will not put others through pain I have felt. Some believe in being blunt, but do fine tune how you express things. Think of whether the way in which you deliver your truth is helpful, productive, and empowering. We can then move forward together.

Yasodhara: Girls from a younger stage are asked “who is prettier?”, “are you friends with the ugly one?”, and such nonsense. So from a very young stage, boys and girls are brought up with a different way of measuring up against each other. We are definitely taught to treat our own genders differently. I know, however, that men can and will talk poorly of other men. I think it’s just that we talk more about what women talk about, while we may not really talk about what men say. For example, if a woman does this, it is seen as cattiness. But what’s the vocabulary for men? Why do women have this additional pressure? For example, if you have a happy, healthy relationship, there is nothing that anybody can do to steal it away from you. If you are really good at your job, another woman cannot steal it away from you. I think that’s impossible to do so.

It seems like an easy statement to make, but it cannot be a coincidence that so many of the conflicts that we grapple with as a society comes down to working on and understanding ourselves. As a culture-bound society, we’ve endured stringent gender roles that treat men, women, and inter and intra-gender relationships in contrasting ways. Perhaps, the answer to toxic femininity doesn’t lie entirely in how we choose to conduct ourselves as women in society alone. Perhaps it has a lot more to do with how we treat and feel about ourselves as human beings, irrespective of gender. After all, we do teach others how to treat us by how we truly feel about ourselves inside. We leave you with food for thought. Is toxic femininity over-hyped? If it does exist, do the roots lie embedded within our self-worth and trauma and not in the hands of another woman?

September 3, 2019 byThe Sunday Morning No Comments
It is not untrue to say that every individual goes through a number of pitfalls when travelling the path that is life, and it is only human to be faced with a sense of darkness and pain when falling

October 21, 2019 byThe Sunday Morning No Comments
On 10 October, Meenagaya, the Colombo-bound night train from Batticaloa to Colombo, hit a wild elephant between Welikanda and Manampitiya.