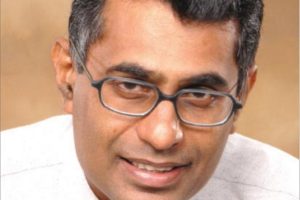 The Colombo Additional Magistrate has imposed a travel ban on former Minister of Megapolis and Western Development Champika Ranawaka and his driver over a  motor traffic accident that took place in February 2016.

Colombo Additional Magistrate Chandana Kalansooriya said due to insufficient evidence Ranawaka could not be named a suspect.

However the Minister’s driver was named a suspect in the case.

According to the Police, CCTV footage of the accident was found to have been erased.