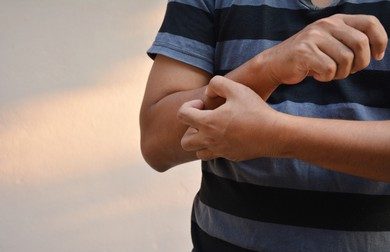 Treating individuals with impulse control disorders, which are characterised by the inability to control one’s actions, could prove challenging for Sri Lankan medical professionals, according to a local case report.

The report notes that these individuals cannot avoid behaviours that result in a negative impact to themselves and may bring harm to others, as there is increasing anxiety before such action, followed by a feeling of relief or happiness subsequent to the action.

The four-year-old pre-school boy in question had been referred to the Child and Adolescent Psychiatry Clinic at the Teaching Hospital in Anuradhapura by the Consultant Dermatologist. The child had presented with multiple abrasions (an area damaged by scraping or wearing away) and lacerations (a deep cut or tear in the skin or flesh) over his face and both upper limbs. His face was severely deformed due to multiple scratch marks.

Further, the boy was also not co-operative in the clinical interview and therefore, the collateral history was taken from his mother and siblings. His family members were severely distressed by the condition, with the mother showing signs of depression due to her only son’s behaviour.

There was no history to suggest attention deficit hyperactivity disorder (ADHD), autism spectrum disorder, any intellectual disability, or Munchausen by proxy/factitious disorder imposed on another (a psychological disorder, where a caregiver, mostly a primary caretaker, usually the mother, routinely causes and creates and presents the appearance of health problems in another person, typically their child, which may include injuring the child, and thereby seeking to gain attention through their behaviour which is manifest through those in their care and by seeking medical help for exaggerated or made up fake symptoms or real symptoms caused in a child in their care, and in the process exaggerates or lies about a child’s symptoms to get attention through the production or the feigning of physical or psychological symptoms in another person under their care).

As far as the boy was concerned, there was, however, a clear history, over a period of six months, of recurrent extreme urges to pick the skin and scratch the face. The boy could not resist the impulse to damage his skin and failed to avoid the act despite painful injuries. The dermis (a layer of skin) was exposed in multiple areas on his face and upper limbs. There were more injuries on his left upper limb and left side of the face, as he had mainly used his right hand for scratching and skin picking. There were recurrent infections due to repetitive scratching and skin picking over infected wounds. The child had screamed with pain due to the wounds being infected. His mother had experienced difficulty in managing the child’s repetitive scratching and skin picking, especially over the face and upper limbs.

There was also evidence of increasing anxiety prior to the act where he had felt tension and arousal before skin picking and scratching. Also, there was no evidence of provocation before the urges and impulses. However, he had experienced a sense of gratification and relief following the act. Moreover, the boy did not have any feeling of regret, remorse, or guilt about the behaviour. These episodes of such acts were pervasive and persistent, and took place even during the clinical examination.

As explained by Ellapola and Sumanasena, it had been difficult to treat the child with behavioural strategies owing to his age, the limited rapport, and the parents’ level of education. Therefore, the child was started on a trial of an atypical antipsychotic/a second-generation antipsychotic used to treat schizophrenia and bipolar disorder at the Child and Adolescent Outpatient Clinic.

A review after two weeks showed a marked improvement in the boy’s condition with, physically speaking, a significant proportion of the facial and upper limb injuries having healed and there being no infected wounds, while psychologically, the frequency of the scratching and picking behaviour had gone down and the boy was not crying or screaming anymore, and moreover, the family members showed happiness and a sense of hope for the child’s future.

According to the American Psychiatric Association’s Task Force on the Fourth Edition of the Diagnostic and Statistical Manual of Mental Disorders (DSM-IV), pathological gambling, kleptomania (a recurrent urge to steal, typically without regard for need or profit), trichotillomania (described in the DSM-V as an obsessive compulsive and related psychiatric disorder, it is a condition where the individual pulls out his/her hair from various body sites), intermittent explosive disorder, and pyromania (the obsessive desire to set fire to things in order to relieve some tension or for instant gratification) have been recognised as impulse control disorders. On the other hand, pathological skin picking, compulsive sexual behaviour, and compulsive buying, are classified in the DSM-IV under impulse control disorders which are not otherwise specified.

Schreiber et al. also pointed out that they can often be treated with behavioural and pharmacological therapies. With regard to pharmacological therapies, H.D. Weiss and G.M. Pontone’s “Dopamine (an important neurotransmitter) Receptor Agonist (a dopamine agonist is a compound that activates dopamine receptors) Drugs and Impulse Control Disorders” found that dopamine receptor agonist drugs have an association with serious impulse control disorders. However, Schreiber et al. mention that there are no medications for impulse control disorders, which have been approved by the US-based Food and Drug Administration (FDA), and though antidepressants, mood stabilisers, and antipsychotics have been studied with mixed results, large-scale, placebo-controlled, comparative pharmacological treatment studies are required in order to find more effective treatments for impulse control disorders.

That said, Ellapola and Sumanasena emphasised that in this particular case, the condition of the child with the said impulse control disorder had improved following treatment with second-generation antipsychotic medication/an atypical antipsychotic.

We stand by our PCR test results: Nawaloka Hospitals

July 18, 2021 byAazam Ameen No Comments
In response to the Chinese Embassy’s decision to suspend the use of the services of Nawaloka Hospitals as their designated hospital for the conduct of PCR and immunoglobulin M (IgM) antibody tests, Na