An aerial view of the Trincomalee Oil Tank Farm

Indian and SL Governments yet to reach agreement 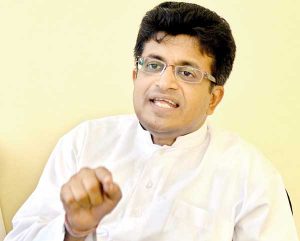 It’s been months since the incumbent Government initiated a new round of talks with the Indian Government and the Lanka Indian Oil Company (LIOC) to acquire a majority of the Trincomalee oil tanks which were leased out to the LIOC many years ago. But the country is yet to receive a final word from India on its request, The Sunday Morning learnt.

It was in July this year that the then Petroleum Industries Minister Mahinda Amaraweera said that the Government had initiated the discussions with India; again in October, the present Energy Minister Udaya Gammanpila told Parliament that the Government had commenced talks with LIOC and Indian Government to acquire some tanks which remained unutilised by the LIOC, 18 years after they were acquired for its use.

Nevertheless, a final decision was yet to be communicated by India to Sri Lanka.

The topic of oil tank farms came back into the limelight with the plummeting of world oil prices due to demand reduction that came with the coronavirus pandemic. Energy experts urged the Government to import as much as it can store when the prices are dropping, so the country could save billions of rupees spent on importing crude oil and refined petroleum products at expensive rates.

However, due to the lack of infrastructure facilities, the Ceylon Petroleum Corporation (CPC) can only import a limited amount that can be stored at available storage facilities in Kolonnawa and Muthurajawela. 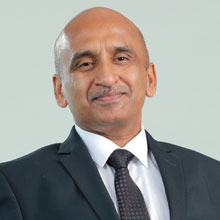 “The LIOC would be completely compliant to the decisions between the two governments. The discussions would enhance the energy scenario of our country”  LIOC MD Manoj Gupta

Speaking to The Sunday Morning, Jathika Sevaka Sangamaya (JSS) CPC Branch President Ananda Palitha alleged that the Government was taking too much time to cancel an illegal lease agreement signed between India and Sri Lanka to hand over the Trincomalee oil tank farm.

Urging the Government to reveal the current status of the discussions and the reason why it cannot reduce the fuel prices, he said: “This Government, while in the Opposition, claimed that the agreement signed between India and Sri Lanka is illegal and now they are struggling to cancel such an illegal agreement.

“As per our knowledge, the LIOC has refused to handover the oil tank farm and that’s why the Government began to construct a new oil tank farm in Hambantota,” he alleged.

Palitha however highlighted that the public are yet to feel the benefit of the plummeting price of oil in the world market.

Despite allegations levelled against the Government by the trade unions (TUs), Energy Minister Gammanpila said the discussions between Sri Lanka and India are heading in a positive direction.

He, however, told The Sunday Morning that details of the discussions should not be divulged to the public until a final decision has being taken.

Meanwhile, Gammanpila said in Parliament a few months ago: “The UNP Government in 2003 leased all 99 oil tanks to the LIOC for 35 years, a company in which India has 75% shares and Sri Lanka 25% shares. Eighteen years later, the LIOC uses only 15 of the tanks. We hope to get back the unused tanks for our needs.”

He said once an agreement was reached, all the details would be tabled in Parliament. “I do not want to disclose the status of the ongoing talks given the delicate nature of amending a bilateral agreement, which would be jeopardised if made public before a final decision is reached,” he said.

The Minister said he was hopeful that the unused tanks could be revived.

The tale of 99 tanks 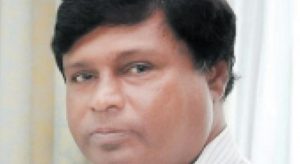 “As per our knowledge, the LIOC has refused to handover the oil tank farm and that’s why the Government began to construct a new oil tank farm in Hambantota “JSS CPC Branch President Ananda Palitha

The Trincomalee oil tank farm has been leased out to the LIOC by way of an agreement in 2003 on a 30-year lease, which expires in 2033. Altogether, 99 tanks have been leased out. The farm initially had 101 tanks built within an area of 850 acres. However, two of the tanks were destroyed by aircraft in 1960. The initial construction of the oil tanks commenced in 1924 and ended in 1930. Following Independence, the tanks fell into disuse. The LIOC has refurbished 15 of them in the Lower Tank Farm, which are now in use. Collectively, all tanks were able to hold up to 1.2 million tonnes of fuel.

Several previous attempts that have been made by Sri Lanka to reclaim the oil tank farm or at least to use the remaining oil tanks were futile.

The previous Government signed the Memorandum of Understanding (MoU) on Co-operation of Economic Projects and decided to set up a joint venture between the LIOC and the CPC.

According to this agreement signed in the presence of Indian Prime Minister Narendra Modi and then Sri Lankan Prime Minister Ranil Wickremesinghe in 2017, India has agreed to the Sri Lankan proposal to refurbish and use the 84 giant oil tanks in the Upper Tank Farm as a “joint venture”.

The then Sri Lankan Government proposed the idea of developing and running the tanks as a joint venture in 2016 to store fuel for power generation in an emergency situation.

However, by abandoning the measures taken by the previous Government, the present Government initiated fresh rounds of talks with India and the LIOC which are currently going on for months.

It is the present Government’s politicians, while in the Opposition a year ago, that claimed that the leasing out of the Trincomalee oil tank farm was illegal. Meanwhile, the TUs also alleged that the agreement is illegal while urging the Government to abolish the agreement and take back the tanks.

Meanwhile, the LIOC Managing Director Manoj Gupta told The Sunday Morning that the discussions were still ongoing at a higher level between Sri Lanka and India and the LIOC would abide by the decisions taken between the two Governments.

Denying the allegations levelled against the LIOC by the petroleum industry TUs, he said the tripartite lease agreement signed between Sri Lanka, India, and LIOC is not illegal.

The LIOC MD said: “Energy Minister Gammanpila, Indian High Commissioner to Sri Lanka, and the Government of India are taking up the discussions in a very positive line and we are very hopeful that they will come down to a very conclusive stage. The LIOC would be completely compliant to the decisions between the two governments. The discussions would enhance the energy scenario of our country.”

In the meantime, highly informed sources at the Indian High Commission in Sri Lanka confirmed to The Sunday Morning that the discussions are still going on between the two Governments and no final decision has been made by India.

A special audit report released by the Auditor General’s Department recently said that at present, there exists in the country a high risk of fuel storage due to lack of storage facilities, and this should be overcome and the storage capacity should be increased so that the fuel requirement of the country can be stored for several months.

At present, the entire capacity of fuel storage facilities in the country is adequate for the requirement of diesel for 27 days, petrol for 24 days, kerosene for 29 days, and aviation fuel for 40 days.

The audit report said that adequate fuel storage facilities in the country should be maintained to do away with economic and other disadvantages resulting from the unnecessary emergency purchases.

Yet to feel the benefits

In such a backdrop, concerns have also been raised over the oil prices that have fallen significantly with the demand reduction due to the coronavirus throughout the year, as the domestic oil prices remain unchanged.

Initially, the Government adopted the wait-and-see approach, as they insisted that the prices would go up. But due to the Covid-19 pandemic, the prices fell down drastically since February while recording the lowest rates in April.

It’s been a year since the new Government came into power – the prices remain unchanged and the benefits which were said to be passed on to the consumers indirectly do not exist, as the essentials are not available at controlled prices gazetted by the Government. It also said that the benefit of the price reduction would be used to minimise the losses incurred by the CPC, which, as told by the petroleum industry TUs, is not fulfilled either.

As per international media reports, oil prices fell, as a continued surge in coronavirus globally forced a series of renewed lockdowns, including strict new measures in southern California. Brent crude oil futures were down 16 cents, or 0.3%, at $ 49.09 a barrel by 0117 GMT, while West Texas Intermediate oil futures fell 19 cents, or 0.4%, to $ 46.07 a barrel.

The TUs also alleged that the Government has failed to pass the benefit to the consumers and urged the President to immediately take necessary steps to provide fuel at a reasonable cost to the public.

Meanwhile, in the Final Budget Position Report of the Ministry of Finance, it is stated that the total cost of the fuel-based import of CPC for 2019 stood at $ 3,359 million, accounting for about 17% of the total imports of the country. Since the cost of imports accounts for about 95% of the total expenditure of the CPC, its financial performance is directly affected by the dynamics of the global oil price movements and the exchange rate.

With sales to the transport sector of Rs. 430 billion, which accounts for 65% of the total revenue of the CPC, it recorded a loss of Rs. 26 billion in 2019. The balance 35% represents other sectors including aviation, domestic, industry, and power generation, recording a profit of Rs. 14 billion leading to an overall loss of Rs. 12 billion for the CPC, it stated.

The continuous losses accumulated by the CPC over the years stood at Rs. 337 billion at the end of 2019 and has had a significant impact on the operations, thereby weakening its balance sheet in the absence of equity infusion. Trade receivables stood at Rs. 95 billion at the end of 2018 and increased to Rs. 164 billion by the end of 2019, resulting in the CPC’s exposure to the Bank of Ceylon and the People’s Bank to close at Rs. 566 billion. CPC has been financing the operations of the electricity sector in particular with about Rs. 102 billion remaining unpaid at the end of 2019. Treasury guarantees amounting to $ 1.8 billion have been issued to cover the exposure to these two banks, according to the report.

Sunny Side Up: Dayasiri’s move

What’s driving so many Sri Lankans to emigrate?

November 17, 2021 byNews Admin No Comments
Prime Minister Mahinda Rajapaksa recently observed that youth who had voted for the Government are now queuing up to obtain passports to go abroad. Sri Lanka has a culture of emigration with millions