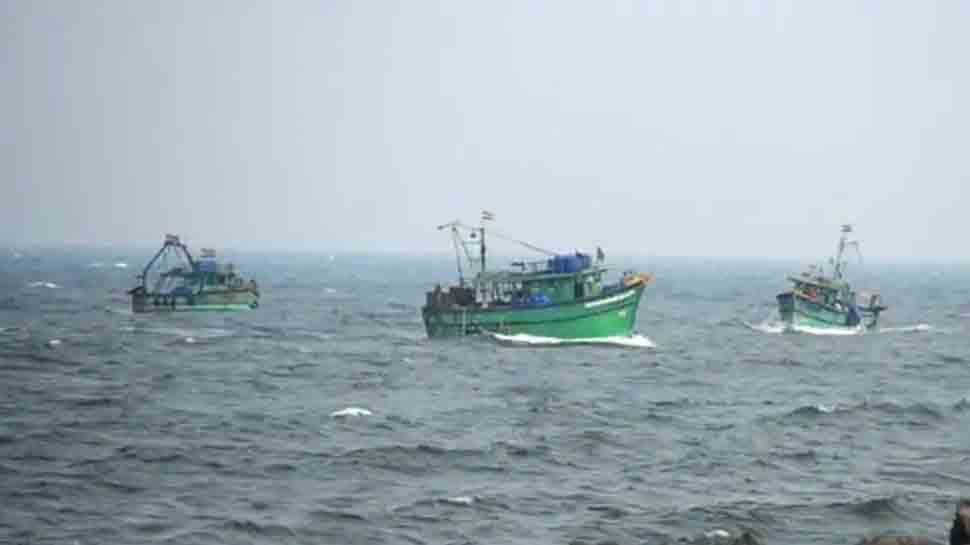 Trouble at sea: Illegal fishing in the territorial waters of Sri Lanka

Sri Lanka being an island makes it vulnerable to constant threats that approach through the sea. While certain threats are recognised to be acts of God, the most alarming disasters that draw our attention are man-made. Thus, a topic that has been trending within society for many years is the issue of illegal fishing in Sri Lankan waters. Many Sri Lankans and foreign nationals engage in the act of unauthorised fishing, causing immeasurable damage to our marine resources.

“The Pearl of the Indian Ocean” is a name fit for Sri Lanka possessing innumerable land and water resources. Among these treasures, the island’s aquatic resources hold a significant place for many people in Sri Lanka depend on it to earn their livelihoods.

Among various acts of man that destroy the ocean bordering our island, illegal, unreported, and unregulated (IUU) fishing secures a foremost place in harming the marine ecosystem and violating international and domestic laws that exist. The strict implementation of laws preventing illegal fishing activities in the sea surrounding Sri Lanka is also one of the most discussed topics within society.

Besides our local fishermen, Tamil Nadu trawlers constantly make headlines for crossing the International Maritime Boundary Line (IMBL) to fish in Sri Lanka. These trawlers that enter Sri Lankan territorial waters from the Bay of Bengal, the Palk Bay, and the Gulf of Mannar set sail from Rameshwaram, Thondi, Kodiyakarai, and Nagapattinam in the Indian State of Tamil Nadu.

In general, IUU fishing refers to fishing without a license. Customarily, individuals engaging in fishing activities for commercial benefits within the territorial sea of Sri Lanka must possess a license issued by Sri Lankan authorities consenting to engage in this trade. However, Sri Lanka has not given nor is able to give permission for fishing vessels or fishermen of India to fish in the territorial sea and the exclusive economic zone of Sri Lanka, given the countless local fishermen that depend on this industry.

“A single Tamil Nadu trawler is sufficient to destroy nets worth hundreds of thousands of rupees and damage the livelihood of 10, 15, or 20 small-scale Sri Lankan fishermen,” added Dr. Creech.

With the harvest obtained through IUU fishing in Sri Lanka, Tamil Nadu fishermen have been able to supply seafood products to their consumers. Hence, seafood items including sea turtles, turtle eggs, sea cucumber, squid, and varieties of fish and shellfish that have originated from Sri Lanka are being labelled to be exports of India.

The northern sea of Sri Lanka is reputed for being one of the most valuable and productive regions in respect of export-quality seafood. The existence of countless trawlers in the possession of fishermen in Tamil Nadu and insufficient quantities of fish resources in the Indian waters to be harvested are the biggest factors that contribute to Sri Lanka being targeted for IUU fishing. Furthermore, the availability of resources in abundance in Sri Lankan waters also serve as an invitation for foreign vessels to exploit our marine resources.

The lack of fish stocks and other seafood varieties to meet the demands of the export and local markets of India are mainly due to the overexploitation of maritime resources in the sea around Tamil Nadu in the past.

When inquired about the destruction caused to the environment, Dr. Creech stated: “The short-term effect of mechanised bottom trawling on soft, sandy substrates is significant but temporary. Following the cessation of the trawling, the marine environment will recover at a fairly rapid pace – within six to nine months. On the other hand, if mechanised bottom trawlers operate continuously, the long-term environmental impact will result in the slow and steady depletion of marine resources. The Indian waters of the Palk Bay bear evidence of this fact, which is a fundamental reason for the Tamil Nadu trawlers to fish illegally in Sri Lankan waters.”

The fishing communities of the former Liberation Tigers of Tamil Eelam (LTTE)-controlled areas are in the process of rebuilding their livelihoods shattered by the civil conflict. Hence, their right to have a prosperous future while engaging in a profitable career is at risk.

Thus, it is said that the fishing communities in the Northern Province of Sri Lanka suffer an annual loss of income of approximately Rs. 6 billion (average estimate of per annum losses recorded by FF Mission [2010], Joeri Scholtens [2015], Oscar Amarasinghe [2011], Soosai Anathan, and Mohamad Kasim [2015]). Moreover, the fishing gear too are destroyed as a result of the actions of the Tamil Nadu trawlers.

Fair treatment towards small-scale fishermen in Sri Lanka, ending their continuous protests requesting for their rights to fish freely in their traditional fishing grounds without bias or favouritism, must be ensured. Also, the implementation of laws within Sri Lanka which safeguard the fishermen on both sides of the Palk Bay to live and fish without threats to their lives or careers should be strictly considered.

Authorities, including the Sri Lanka Navy, may exercise the power to arrest fishermen for engaging in illegal fishing activities in Sri Lankan waters. Hence, if arrested, the Magistrate’s Court and the Department of Fisheries are to prosecute, convict (if found guilty), and sentence the offender to jail for a period of two years or suspend such individuals for five years.

Though the current laws make provisions for the punishment of the wrongdoers, a different approach was adhered to in the past. Hence, the offenders were only charged for the immigration violations that have been committed by crossing into our territory.

“The Fisheries (Foreign Fishing Boats) Act of 1979 and the amendment of 2018 are the current laws governing the issue at hand. The amendment in 2018 was as a result of the Government of Sri Lanka responding positively to address the humanitarian concerns raised by the Indian Government, referring to the detention of hundreds of Tamil Nadu fishermen arrested by the Sri Lanka Navy between the years of 2010 and 2017,” said Dr. Creech.

It is the responsibility of all interested parties to formulate a permanent solution for this shared problem. Thus, the responsibility for ensuring the safety of Lankan fishermen and the sovereignty of the island has to be taken on by the Government of Sri Lanka.

Simultaneously, the authorities in Tamil Nadu should initiate action against their trawlers that fish illegally in Sri Lankan waters by acts such as invalidating the fishing license of the fishermen, providing alternative fishing spaces, and preventing the addition of new vessels to fish.

Moreover, various agreements have existed to solve this problem. For instance, the “three-day rule” was introduced allowing fishermen from Tamil Nadu to fish in Sri Lankan waters on Monday, Wednesday, and Saturday evenings. Likewise, various days, times, and vacant spaces were allocated for these fishermen as a means to solving the matter.

The Governments of the two nations have entered into numerous bilateral agreements between the years of 1974 and 1976, demarcating the IMBL between Sri Lanka and India as per the provisions set out in the United Nations (UN) Convention on the Law of the Seas.

An exchange of letters between the Foreign Affairs Ministries of both India and Sri Lanka in the years following the above agreements too have guaranteed the observation of the territorial limits of both countries and to avoid illegal fishing activities without the express consent of either Sri Lanka or India, as the case may be.

Furthermore, repetitive arrangements have been made by the fishermen of the North of Sri Lanka to hold discussions with the Indian Government and to request for adequate measures to be taken to end IUU fishing by Tamil Nadu trawlers in Sri Lankan waters. Fishermen’s leaders from Sri Lanka have also travelled to New Delhi in the past to meet with the Indian External Affairs Ministers at the time to request the same.

It appears that the authorities are yet to deliver on their promises and provide relief to Sri Lanka’s small-scale fishermen who are constantly suffering. The Indian authorities have also expressed their regret for the inconvenience and violations caused by their fishermen, emphasising on the ability of Sri Lanka to exercise legal action against these wrongdoers.

The pivotal role played by the seafood trade in the domestic and export markets has been made clear over time. Hence, it is crucial that these resources are protected and harvested sustainably for the survival and benefit of the industry and its dependents.

DisrupTech: Should I buy the new iPad Pro?

November 11, 2018 bythemorninglk No Comments
Being the era of broken promises (in the morning shaking hands with one and in the evening pledging alliance to the other), please pardon me for breaking last week’s promise of continuing my ‘Monetisi

Zoophilia in our midst

July 18, 2021 byNews Admin No Comments
Animal sexual abuse is something that often goes unreported, as there are very few cases officially on record where perpetrators have been caught and questioned on their actions. Animal rights advocat