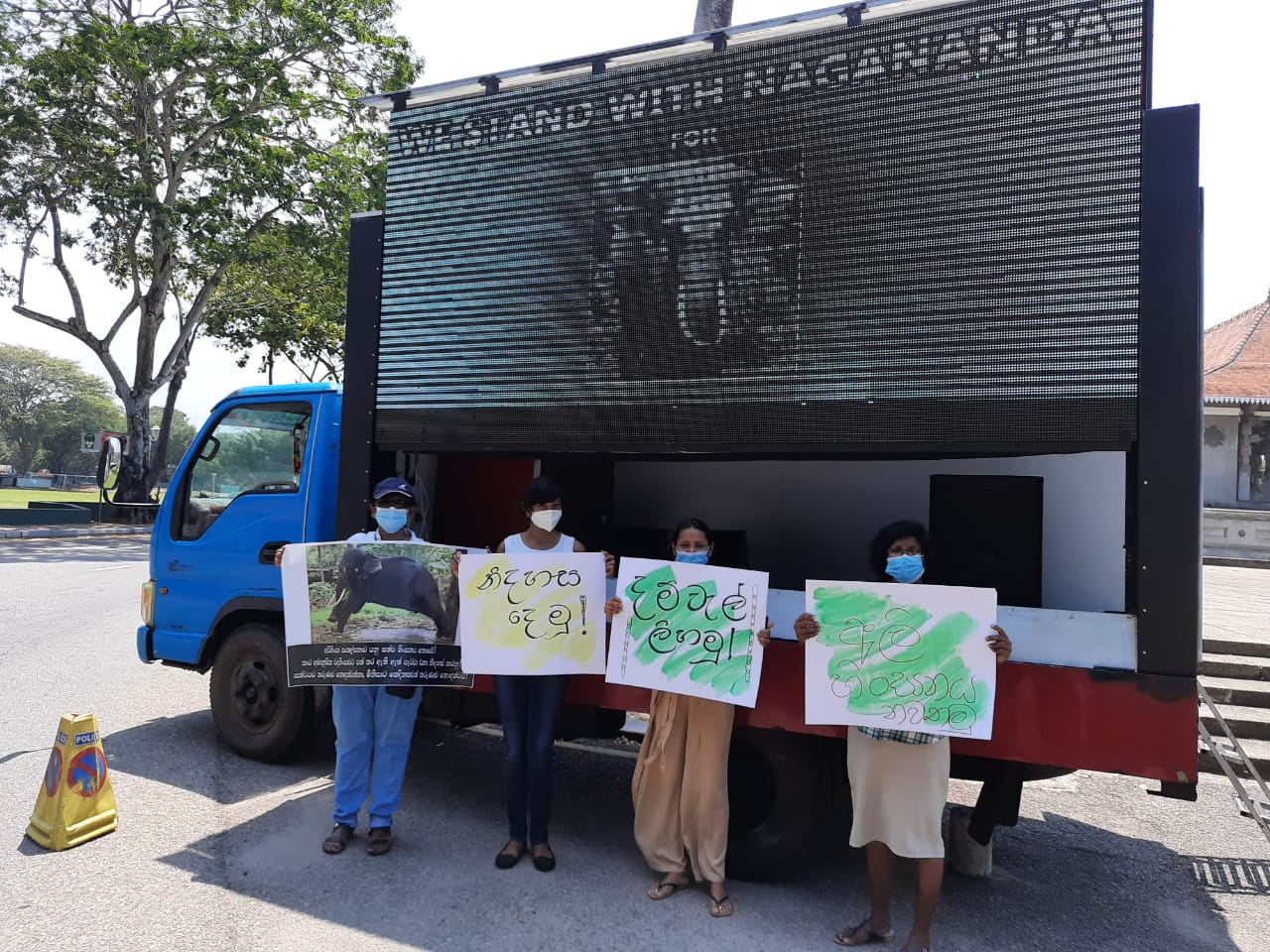 Trupanion: Elephants and other animals in captivity, the tragedy of our times 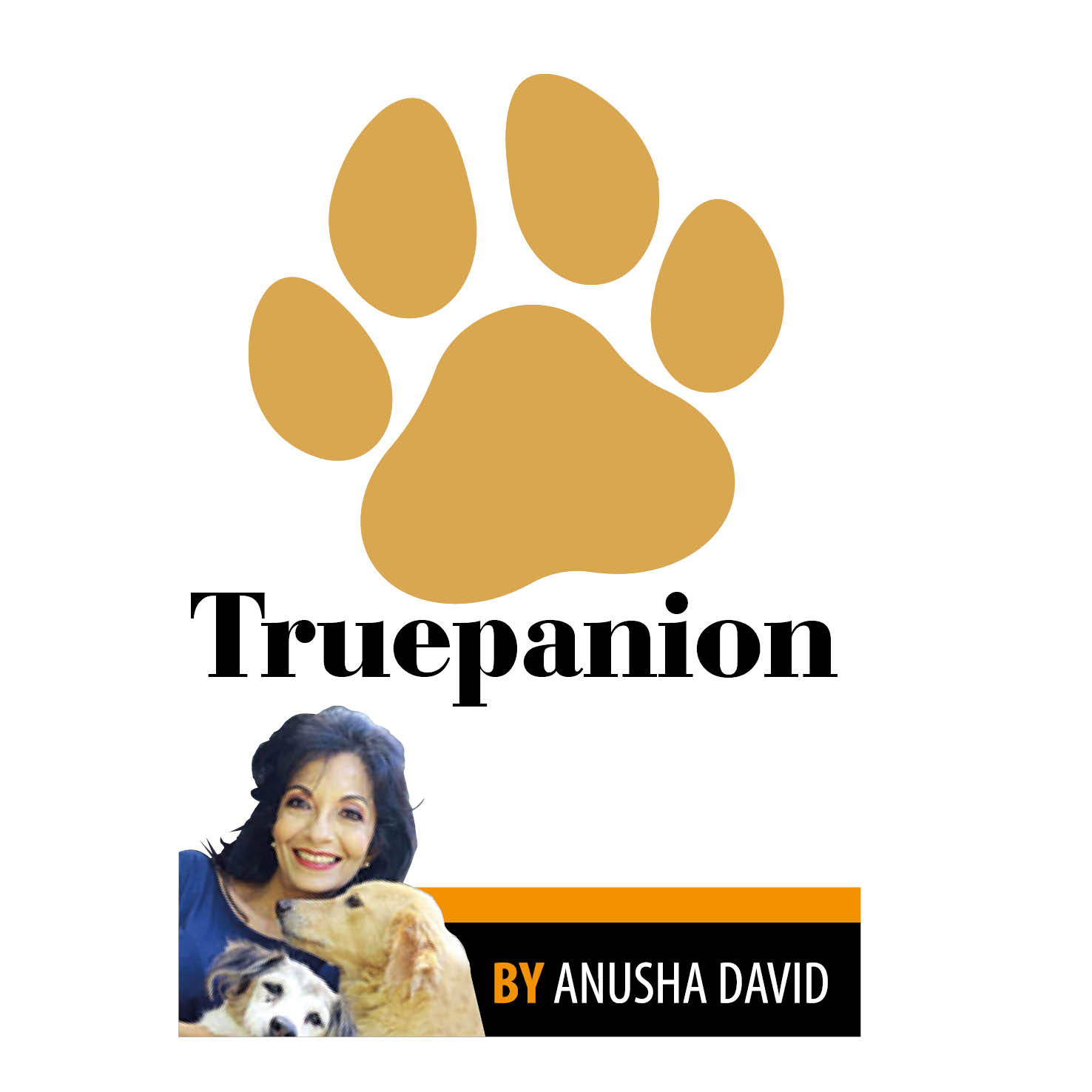 Elephants and other animals in captivity – the tragedy of our times; actually this is more than a tragedy, it is an indictment on all of humankind.

Today we are celebrating findings on Mars, but we continue to abuse planet Earth and all life forms on her.

Right now, as I write, a peaceful protest is being carried out at Independence Square for the grossly abused elephant Mayan Prince. Mayan Prince is being abused by his captors – people who preach Dharma, kindness to all humans and animals, yet abuse a wild animal who should be in the jungle – for reacting adversely to his captive environment and his captors, who passed their time by tormenting him. And all this within the sacred precincts of a temple.

Zoos abound worldwide where animals are kept in abominable conditions with minimum food and water, hardly any care, and a lot of covert abuse.

Zoos are passé today. They should be extinct and a thing of the past. Animals belong in the wild, not in cages. I wonder how humans would feel if the tables were turned? Majestic tigers and lions, polar bears, elephants, exotic birds, ornamental fish, zebras, giraffes, and the other wonderful animals this planet has been blessed with, languish in captivity, abused and neglected.

Even in the wild they are being snared and electrocuted, their habitat destroyed and encroached upon, all in the name of development, when in actuality it is a ploy to buy the votes of the masses.

Elephant corridors are being destroyed for proposed cultivation and rehabilitation of villagers – these are the actions of those in Government. Such wanton depravity, for that is what describes it best, can only result in the rapid destruction of this paradise isle and its reputation for being a tourist paradise.

Where are our pristine beaches, our lush forests, our age-old traditions of hospitality, and Dharma? They have been destroyed in the name of progress, which in reality is plain and unbridled greed!

Today, it has become a fad to post photographs of animal abuse on social media – the perpetrators go unchecked; after all there are no laws to serve as a deterrent or punish them, hence animal cruelty has become a pastime. And why has the Animal Welfare Bill not been passed in Parliament? Because it doesn’t benefit the parliamentarians! 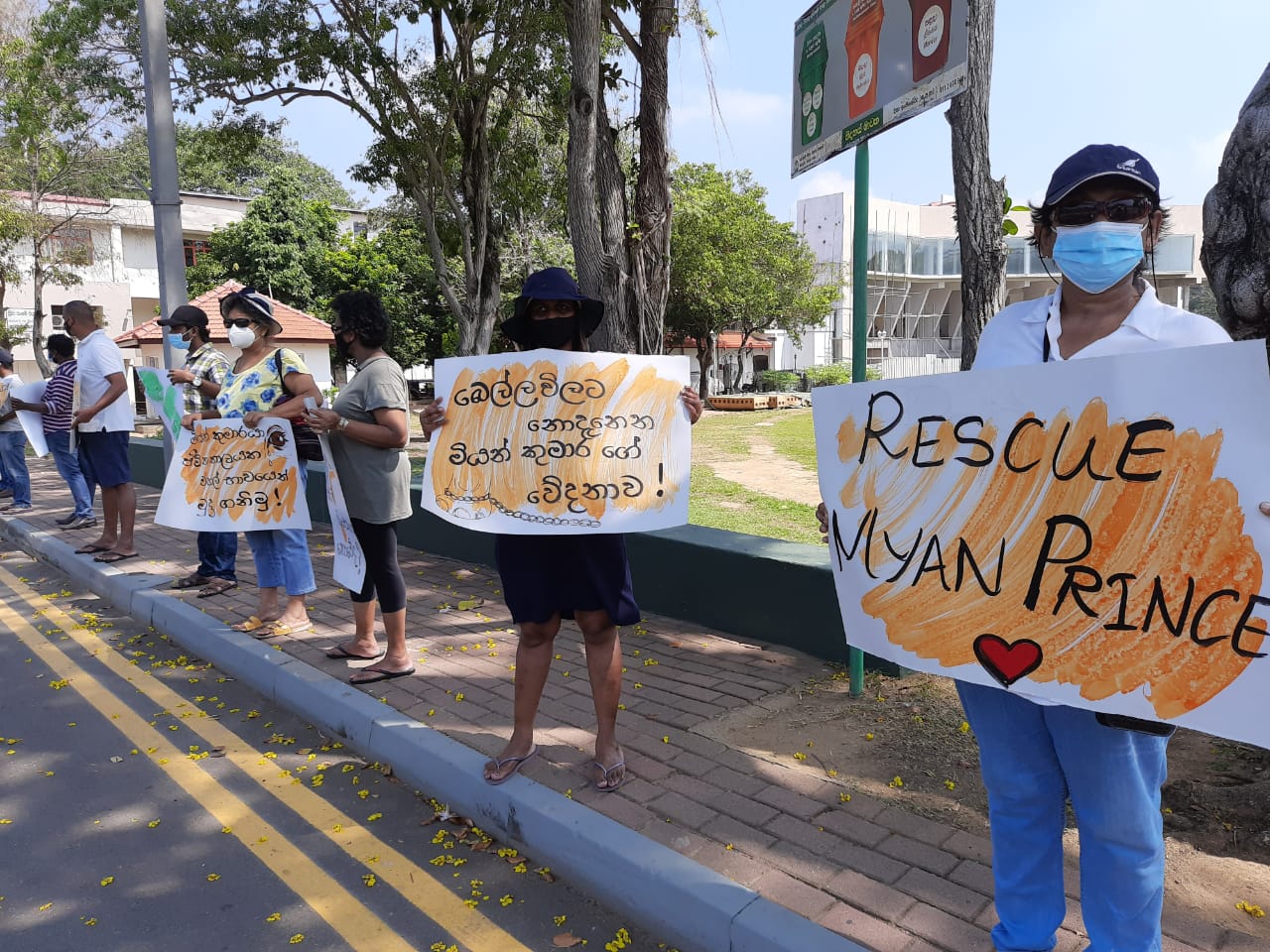 Last year saw the demise of over 300 elephants. I wonder how many more will die this year.

Staff working in the Wildlife Department struggle to be effective in their jobs, but come up against arrogant, cruel, and ignorant officials who ride roughshod over them and even threaten them when they try to do their jobs.

Wild animals have become playthings for humans, while even domestic pets today suffer untold abuse at the hands of their owners.
Protests and petitions and the Judiciary win the day in other countries, but alas not in ours as well as a handful of others, where Might rules in place of Right.

We can start by freeing Mayan Prince and all other elephants who languish in misery in their captivity. We can regain our humanity and save this beautiful country of ours by implementing and enforcing a proper legislature that will protect and preserve what nature has so bountifully blessed us with. It’s not too late, but we need to act NOW!

(The views and opinions expressed in this column are those of the author, and do not necessarily reflect those of this publication)

Enterprise Development: Learn how to import

June 16, 2021 byNews Admin No Comments
The Centre of Enterprise Development (CED) will be conducting an online workshop titled “Import Procedure” on 19 June, from 9 a.m. to 5 p.m. via Zoom. The workshop will be conducted by the Managing Di

Pregnancy amidst a pandemic: The struggles of childbirth during Covid-19

June 7, 2021 byNews Admin No Comments
Giving birth is said to be one of the most magical moments in life. Women who are preparing for pregnancy or are pregnant are usually radiant and are impatiently counting down the seconds till they ge