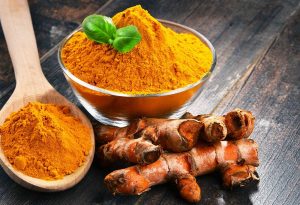 The consignments of turmeric confiscated over the past few months are to be released to the market through Lanka Sathosa and co-operative stores, the State Ministry of Development of Sugarcane, Maize, Cashew, Pepper, Cinnamon, Cloves, Betel Production, and Promotion of Allied Products and Export stated.

“A total of 1,068,314 kg of turmeric stocks were smuggled into the country over the past few months and due to import restrictions, the country is faced with a shortage. In order to fulfil the market demand, we decided to release these confiscated stocks to the people, until such time we are able to import turmeric from December onwards,” State Subject Minister Janaka Wakkumbura noted.

Wakkumbura pointed out that Sri Lanka’s annual turmeric requirement stands at 7,500 metric tonnes (MT), while the country only has a capacity to produce 1,200 MT per year as local produce.

A supply chain process is to be set up to gradually release the turmeric harvest from January onwards into the market through Lanka Sathosa and co-operative stores.

A programme will be launched to plant 100,000 turmeric saplings in collaboration with the Sri Lanka Army to obtain turmeric seeds and to repurpose cashew nut cultivation lands in the Puttalam District to cultivate turmeric as an under cultivation.

March 16, 2021 byMihi Perera No Comments
A total of 331 COVID patients were reported from the island yesterday, while 34 of them were from Gampaha district and 28 were from Colombo district.

The falling Rupee and the economy

July 15, 2021 byNews Admin No Comments
The value of the Rupee – despite falling in almost all aspects – has at least risen to the top of discussion again, after widespread news that the Central Bank of Sri Lanka (CBSL) printed billions of