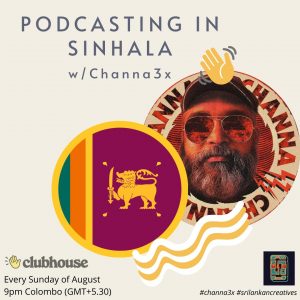 Silva grew up in Negombo, Sri Lanka, moved to Manila for a work assignment 15 years ago, and fell in love with the place and people and met his wife. He is also a dad to his son, his two Beagles, and five cats.
Talking to Brunch about his love for music, he told us that he had been a music fan from the age of four or five when his dad gave him his first Top 1,000 cassette tape. Since then, he has been an avid listener, fan, and collector of music, especially metal/rock.


As a metalhead, he was a regular in the Sri Lankan metal scene in the early 2000s. Silva has attended many gigs in Sri Lanka during the “Golden Age of Sri Lankan Metal” when well-known acts like Stigmata, Paranoid Earthling, and Whirlwind were just starting out.

He pursued his passion for metal and has been going to concerts for two decades in many countries from the Philippines, Singapore, Australia to Ireland. Silva commented: “I have seen and met most of the idols from Megadeth, Slayer, Dream Theater, Arch Enemy, Lamb of God, and many more.”
Currently, the audience for his podcast has grown to over 72 countries around the world and the top listeners are from the US.


The Channa Channa Channa podcast is available on all leading streaming platforms and also on YouTube.
His inspiration for the podcast, of course, stemmed from his passion for music. “I always knew I wanted to do something related to music, but I was always interested in watching bands rather than playing music,” he told us. Unfortunately for him, this hobby took a dive when the global pandemic happened in 2020, Silva couldn’t go to concerts anymore due to travel restrictions and many show cancellations. It was truly a devastating moment for him. 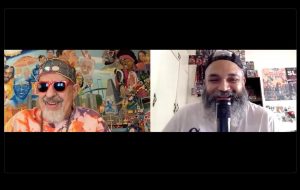 Telling us more about how he broke into the podcast industry, he commented that he always liked podcasts such as The Joe Rogan Experience, Eddie Trunk and he thought of starting a podcast about metal music, as that is something he enjoys. First, he began by interviewing fellow metal fans and they would talk about albums, concerts, songs, etc. But after several episodes, he reached out to several local artists for interviews and they were happy to talk to him.


As the episodes started rolling, he started receiving requests from many artists from around the world, and it grew to a level where promoters, PR firms, and record labels started working with him.


We asked him how he found podcasting and if it gave him the same feeling that music did. “I found a purpose in helping bands share their music and stories with new audiences and while doing that I keep on meeting amazing people and learn amazing stories.”


Having spoken to many musicians in the industry, we asked Silva to share his thoughts on the music scene in Sri Lanka. “I had the luck to talk to many musicians from around the world. Also many Sri Lankan artists, not just metal and rock, but also pop and hip hop artists. Sri Lanka has so much talent and I feel the floodgates are opened now with the digital platforms, which allow them to release music to a global audience.” He added that he keeps seeing so many great new artists and so much creativity. He also deeply admires the fact that a lot of artists write in Sinhalese or Tamil instead of just English. 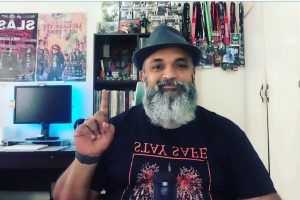 Out of all the podcasts he’s done, Silva talked about two that have stayed with him over the years. “I interviewed Sri Lankan rock icon Chitral ‘Chity’ Somapala and we had such a connection and after the interview we became friends. An international podcast that was memorable was when I interviewed famous American drummer Muruga Booker, who played at the original Woodstock festival.”


Silva will be hosting a “Podcasting in Sinhala” event on the social app Clubhouse soon. Sharing more about it, he explained that it is an audio room he conducts on Clubhouse, where he talks about how to conceptualise, start a podcast, create and host content, grow and scale it, and monetise and promote it. This is done in Sinhala in the hope of promoting podcasting in Sri Lanka.


We asked him how important he thinks it is to speak in both Sinhala and English when podcasting and if this promotes our country to a foreign audience. Silva feels that doing the podcasting in English is important so one can reach global audiences. But, he added that there is also equal opportunity in Sinhala as there is a new audience of Sri Lankans in the country and around the world who look for Sinhala content. 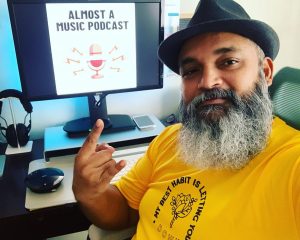 With the pandemic, many people have been forced to move their lives online. Commenting on whether he has observed a larger demand for podcasts with the current pandemic, as people can listen to them virtually, he stated that yes, there is a big demand. “Currently there are over 2.5 million podcasts and it keeps on growing. The unique difference between podcasts compared to other forms like YouTube videos is people listen to podcasts, while driving, walking, running, or while doing house chores. There is also a big appetite for listening to deep conversations.”


Silva has also started another podcast called Almost A Music Podcast which he co-hosts with his friend Meg Caparas from the US. They record this live on Clubhouse and talk about how music complements and enhances other facets of life from education, spirituality, and conscious living. In other exciting news, Silva informed us that on Channa Channa Channa, he’ll be releasing his merch this year and also will be working with many internationally well-known bands. He is also preparing for a post-pandemic world where he would love to conduct his podcasts in person and from backstage. “I’m preparing for this with equipment and technology,” he commented, adding that he would also like to thank all the guests who joined his show and to all the fans who keep on supporting him. “Stay Heavy! Stay Metal!,” he exclaimed, closing our conversation.

The year of the Ox: Celebrating the Chinese New Year at the Hilton Colombo

February 17, 2021 byNews Admin No Comments
As is tradition at the Hilton Colombo, on 12 February, the hotel started off its Chinese New Year celebrations with the traditional mixing of Yee Sang at the hotel lobby...