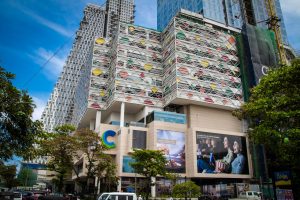 Amidst the prolonged impact of Covid-19 on retail sector businesses, two leading shopping complexes in Sri Lanka, Majestic City and Colombo City Center, have announced a “rental-free” policy for their tenants.

More retail space providers are expected to announce similar concessions following a request made by the Sri Lanka Retailers’ Association (SLRA) yesterday (5) from all landlords and lessors to reduce leases and rentals for the association’s membership.

When contacted, Colombo City Center General Manager Selwyn Chiu told The Morning Business that the mall has introduced a rental-free policy with effect from 18 March, considering the plight of its tenants, and that this policy would remain in place till the end of June.

Colombo City Center is a $ 180 million joint venture between local retail giant Abans and Singapore-based Next Story Group. It has around 70 outlets within the building, which have been leased to various brands, and all these tenants will be entitled to this concession. Selwyn further said that City Centre plans to open on 11 May as per government regulations.

Meanwhile, Majestic City, owned by C.T. Land Development PLC, announced that they will implement a rental-free policy other than for the electricity consumed inside the shop during the curfew period.

“We would also be taking into consideration the adverse economic impact of the closure on our tenants and will formulate a rental-free/reduced rental scheme for a further period until such time as the mall is fully reopened,” C.T. Land Development Deputy Chairman J.C. Page said in a disclosure to the Colombo Stock Exchange (CSE) on 30 April.

The company has given this assurance to its tenants regardless of the substantial impact on the company’s revenue due to this announcement as it understands that most of the businesses have not yet recovered even from the Easter Sunday incidents.

Meanwhile, in a communique released on 4 May, SLRA President Sidath Kodikara appealed for landlords to provide a 50% concession on rentals or leases for the next six months on properties leased and rented by SLRA members, as many retailers are suffering losses due to the prevailing situation in the country caused by Covid-19. Kodikara further noted that the industry employs more than 15% of the workforce.

“The ongoing lockdown has drastically limited all retailers’ ability to operate their respective outlets, thus resulting in more than an 85% drop in revenues across all retail establishments and sectors. This significant drop in revenue has resulted in losses for all retailers; currently, all our membership is struggling to stay afloat,” he said.

Speaking to The Morning Business, Kodikara noted the SLRA has about 46 members including Fashion Bug and Cool planet and they have not had any business since 20 March and have requested from the SLRA to appeal concessions from their landlords on behalf of them.

SLRA is the representative body of the country’s retail industry and provides membership for nine retail sectors.

A report compiled by First Capital Research states that the retail industry is highly impacted as it is not an essential service or item.

“The retail sector is exposed because it is struck by a double whammy due to social distancing requirements coupled with the Government deciding to suspend/limit importation of non-essential items,” the report added.
It further noted that wholesale and retail trade will face significant challenges due to import restrictions and worsening exchange rate and declines in real income.

The report added that when the automobile segment is considered, it is already highly exposed because of their reliance on international supply chains. The crisis will exacerbate the already dwindling demand for vehicles.
First Capital expects the recovery of the retail sector to take between 12 and 18 months.

June 21, 2022 byNews Admin No Comments
MP Lasantha Alagiyawanna, during a Committee on Public Accounts (COPA) meeting, stated that he was not satisfied with the role of the Information and Communication Technology Agency of Sri Lanka (ICTA