Two weeks quarantine : Probe on those who left WP

A decision has been taken to quarantine persons who left the Western Province once the travel restrictions were imposed.

Police Media Spokesman Deputy Inspector General (DIG) Ajith Rohana stated that all police stations in the country have been informed in this regard. 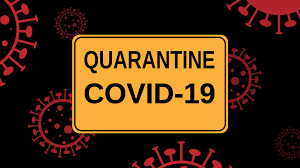 However, there are no restrictions on people involved in essential services and those entering the Western Province from outside.

However, if a person moves outside the province disregarding travel restrictions, they will be self-quarantined with the intervention of health authorities, DIG Rohana added.

“A certain grace period must be given to those who had left the province. However, if anyone has arrived in any part of Sri Lanka since around 5 a.m. this morning, they will inevitably be quarantined at their destinations with the assistance of the health authorities.”

Following the 14-day self-quarantining period, legal action will be taken against those who left the province, the DIG added.

Still no decision on electoral system for PC polls

March 31, 2021 byNews Admin No Comments
The Government is yet undecided on the electoral system under which to conduct the provincial council (PC) elections due to an amendment brought to the Cabinet of Ministers’ meeting on 29 March.

May 7, 2021 byAazam Ameen No Comments
Kanishka Raffel has been elected as the next Anglican Archbishop of Sydney, making him the first person from a non-European background to hold the position.