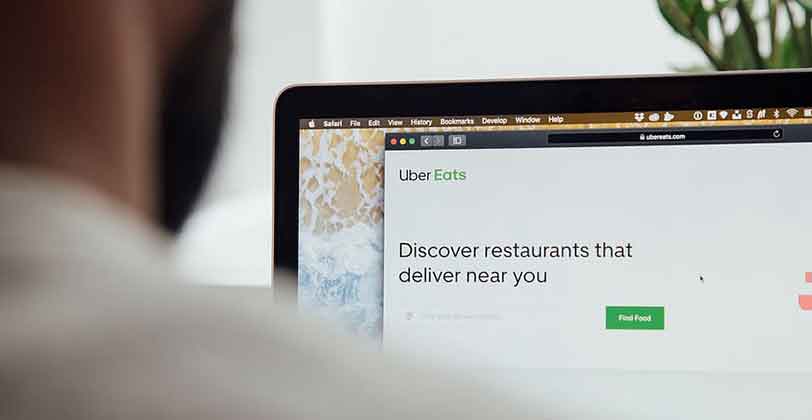 Uber Eats: Concerns, praise, and everything else

The food delivery landscape in the island

Uber has come under fire recently with its partners questioning how ethical their business practices actually are. There appears to be a clear divide between the two camps – i.e. they view it either as a saviour or the absolute devil.

Meanwhile, many were singing a different tune during the times when the pandemic was at its peak, praising the delivery services such as Uber Eats, which had stepped up to provide access to delivery even during times of difficulty.

Stemming from the various changes and adjustments businesses have had to endure during the past few months, many business partners relying on Uber Eats have expressed their dissatisfaction with how the platform functions, including technical failures that go unaddressed, disregard for the customer’s relationship with the business, and most prominently, the supposedly exorbitant commissions charged by the platform.

We spoke to a number of vendors who currently are or were at some point in partnership with Uber Eats to share their thoughts on the matter and whether they truly believe there is a satisfactory alternative to the delivery service if the platform refuses to make acceptable changes.

Platform practices and treatment of partners

We reached out to Isso Co-Founder and Chief Executive Officer (CEO) Apinash Sivagumaaran, who recently announced that Isso will no longer be working with Uber Eats. About the move to remove their business form the platform, Apinash said that while it was a result of a culmination of a number of factors, for them it no longer felt like a sustainable business model. He said: “When Uber took us online, we were at 15% commission for a while and then we were pushed to 27-30%, which felt unfair for us, and it doesn’t make sense; as a business model, it is not sustainable, you cannot make money that way.”

He said that they are now focusing on their in-house dining services and their own delivery service which can be accessed through their website where 10% of your delivery charge will be returned to you in a loyalty points system, which to them feels like a more sustainable model – to pass on value to their customers. 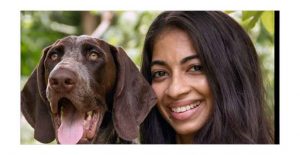 RAW Sri Lanka Founder Ronali Perera also shared that she too might consider moving on from Uber, stating: “I have two major issues with Uber – the commission structure and the way it is awarded, and also the radius it allows my business to reach. I dispatch my product from Pepiliyana, but the radius does not reach my customer base,” she said.

She added that when it came to commissions, she signed up with a low commission rate for about three months, after which it was increased. When she questioned whether they could possibly reconsider the increase, she received a blanket response that it is not a fixed commission structure.

Ronali said that as she handles a perishable product, she has decided to rely on her own outsourced delivery service, website, and Instagram to receive orders. And if push comes to shove, she would have no qualms in leaving Uber. As of now, she said she barely utilises it as their delivery radius offered to her does not reach far enough and when she requested that it be altered, the response was that she must move up to a higher commission rate to do so. 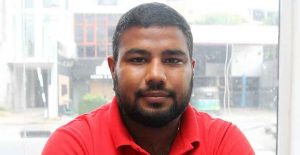 Sushi Kai Owner Pasindu Peiris also shared his dissatisfaction with the way things have been handled on Uber despite being one of the first businesses to partner with the platform when it was first introduced in Sri Lanka. He said: “I am personally dissatisfied with the way that things have been running with Uber Eats. I was one of the first to register with the platform and yet right now we are not in a favourable position.”

Pasindu said that at first when he first began his business, he had originally employed his own riders while simultaneously partnering with Uber, however he proposed to move exclusively with Uber if they were to reduce his commission; they did bring it down to 25% he said, however since then, he has not been able to make the move. During the Covid-19 times, he shared that he had requested at least a 2% deduction, but they were very rigid and did not reduce it. “In my case, most of our ingredients are luxury items and the taxes were so much higher during those days; it was a difficult period,” he shared.

He added: “During the Covid period, there were also system issues they refused to fix – for vendors, we have a help button which offers three options when an order comes in: cancel, delay, or mark it unavailable. However, that button was taken down and we were forced to prepare every order that came in, without any control of the situation.”

He also stated that one of the major issues he has with the platform is that he is unable to access his own data. He shared that they have time and again denied his requests to access important analytics, including on the more popular areas his orders come from, the peak time, the more popular items, etc.

Finally, with regards to commissions and the issue at large, he said: “This commission issue makes us look bad to our customers because they often think we are crazy to display the prices we have to quote on the application; it is so much cheaper to dine in.”

He said that he is prepared to move out of Uber if things continue as they do, and that he only relies on about 20-30% of his business from the application. However, his only fear is that they would promote his competitors aggressively, which would hurt him in the long run.

Uber was the only rescue during difficult times

While there are such vendors who feel that they are being slighted by the way things are going, there are others who feel differently.

Particularly with regards to the past three months, at the height of the pandemic, some of these vendors shared their thoughts, stating that when all business came to a total standstill, Uber was the only option and was a saviour for some of the businesses where 100% of their sales were from Uber. Some also shared that at the time, irrespective of whatever Uber may have demanded of them, they would have agreed and jumped right onto the platform. They said that people had reached a point where if they were asked to pay 50% commission, they would have agreed. However now of course they feel differently, because the situation has changed.

Some vendors even went on to say that at a certain point during the Covid-19 lockdown, Uber themselves were incurring costs, hygiene costs to provide the necessary gear to their drivers to accommodate the deliveries and demand during the pandemic. They said that while at the time you may have felt that they were a godsend, after some time now things are starting to look bad.

They also highlighted that Uber is not a compulsory service. If their business practices do not align with your model, then you are free to move out. However, some are entirely reliant on the platform and because it is an individual commission rate and not a blanket rate, it allows for many to start up businesses, absorb the commissions, and keep a business going.

Great addition to our country? 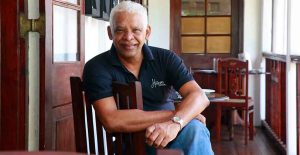 Harpo’s Cafes & Restaurants CEO and Founder Harpo Gooneratne shared with us his thoughts on the matter. “I know that certain businesses are currently unhappy with the commissions, and we have also moved from that range of 15% to 18%, and now to 30%, however as it is now, suits us.

“I cannot speak for how everyone else is performing, but I feel it is an individual and not a collective thing. However, if your business is 99% reliant on the service, then it is a tricky thing to decide on. Quite a lot of people depend on Uber to carry out their business,” he said.

He shared that there are numerous others who have been able to do so because of it. He did however acknowledge that it is unpredictable and that they have the opportunity to leverage your data; one day they say there is going to be a change and by that time you are already hooked.

However, for Harpo’s Cafes & Restaurants, he said that there are no issues. “I think it is a great addition to this country; everybody can have a meal at home.”

He also said that despite having his own delivery service, his partnership with Uber has allowed him to expand his business. “While right now the movement is to support people and be local, which is fine, for us, if there is a negotiation and for me it is not advantageous with Uber, then I will tell them to go away.”

Harpo spoke of how on Uber’s first anniversary in Sri Lanka, he met Kattoo Mittoo Achcharu Hut Founder Amna Anas, who is a mother of two, who launched a business purely because of the availability of Uber.

Anas, speaking to The Sunday Morning Brunch, stated: “For us personally, we have not had any issues with Uber Eats. For the past one-and-a-half years or so that we have been part of the platform, they have not increased the commission that we initially agreed upon, and I have to say that their presence here in Sri Lanka has really helped a lot of businesses, especially women because there have been lots of home bakers coming up purely because of the role that Uber has played in uplifting and supporting small business owners. But I can only speak from my point of view, and from my side, there have been no concerns,” she said. 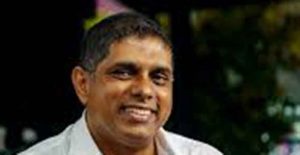 MSD Productions (Pvt.) Ltd. Group Managing Director (MD) Dinesh Wijesinghe also said: “I cannot speak for everyone in general on what is exorbitant in terms of commissions. However, there are those businesses that are entirely reliant on Uber and more often than not, it is someone’s livelihood and they are happy to part with the 30% because they have built it into their costs. I am not speaking for how some people might be feeling; 30-35% is a lot to pay, but nobody is forced onto the platform. It is not a compulsory thing for you to have Uber.”

She stated: “We support businesses of all sizes, and given that each restaurant has its own unit economics, we negotiate commissions with each one based on a number of variables. Uber Eats remains committed to providing earning opportunities to hundreds of thousands of businesses and individuals, offering them a platform to grow and flourish.”

She also added that during the pandemic, they made great efforts to provide optimum services. “We have been working tirelessly to provide food to our eaters even through the ongoing pandemic, while ensuring the convenience and safety of our consumers.”

With business owners’ dissatisfaction continuing to grow, we are bound to see a notable shift in the way food delivery is handled in the island. Regardless, Uber at present remains a gargantuan presence in the local restaurant industry, with firm enough footing that it may not be going anywhere anytime soon.

When passion for the written word transcends language

October 3, 2021 byNews Admin No Comments
Translations, best known for their undeniable ability to transport readers to a world of wonder otherwise obstructed by language, receive consistent adoration by booklovers. However, to get there, tra

July 24, 2020 byJennifer Anandanayagam No Comments
Theatre in the Apocalypse – Episode 10