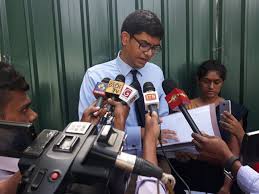 Transparency International Sri Lanka (TISL) wrote to the Director of the Serious Fraud Office (SFO) in the UK on 6 March 2020, posing a series of queries pertaining to Sri Lanka’s entitlement to compensation in the €3.6bn settlement reached with Airbus SE.
This letter forms part of TISL’s ongoing work to aid in the recovery of the $116m loss incurred by Sri Lankan Airlines as a result of the corrupt re-fleeting deal with Airbus SE.

TISL had previously written a joint letter to the SFO, the Parquet National Financier in France and the US Department of Justice in June 2018, flagging allegations of corruption in Airbus SE’s conduct and highlighting the need to ensure compensation for those harmed by any wrongdoing.

In the letter to the SFO Director last week, TISL highlights the UK’s “General Principles to compensate overseas victims (including affected States) in bribery, corruption and economic crime cases”. TISL believes that Sri Lanka has a legitimate demand to compensation in this instance.

Transparency International Sri Lanka (TISL) is a national chapter of Transparency International, the global coalition against corruption. Since 2017, TISL has been paying close attention to developments surrounding the investigation into bribes paid by Airbus SE and its agents to actors in jurisdictions around the globe in order to secure contracts worth several billion dollars.

Whilst your office’s investigation has now resulted in a Deferred Prosecution Agreement (DPA) with Airbus SE wherein the aircraft manufacturer has agreed to pay a fine and costs amounting to €991m in the UK, TISL is concerned that the “General Principles to compensate overseas victims (including affected States) in bribery, corruption and economic crime cases” (General Principles), has not been given due consideration.

In the context of the clear evidence of bribes being paid by Airbus SE and its agents to actors affiliated to SriLankan Airlines to influence the procurement of aircraft and the $116m in cancellation costs that the state-owned airline was subsequently straddled with, we wish to pose the following queries to your office –

TISL is aware of 5 prior instances where the SFO working with the NCA and CPS have secured compensation for overseas victims totaling £42.9m, as disclosed on the SFO’s website. We are therefore understandably concerned that it appears the same yardstick may not have been used to assess Sri Lanka’s case for compensation.

It is noted that Sri Lanka does not have a comprehensive legal framework for the management of recovered assets. However, following the 2018 Global Forum on Asset Recovery, Sri Lanka has developed a Policy framework on Proceeds of Crime, involving multiple stakeholders from the state and civil society.

Whilst this Policy has not yet translated into law, in the event that the two Governments agree to return the proceeds of crime, it is noted that this framework and the global best practices on such return need to be given due consideration.

Thank you in advance for your prompt response.

TNA to decide on Thursday if MS fails to deliver

October 15, 2018 byEaswaran No Comments
The Tamil National Alliance (TNA) will meet on Thursday and decide the next course of action if President Maithripala Sirisena fails to address the political prisoner issue.

Govt. is leading the country into slavery with Port City Bill: Sajith