January 27, 2021 by Lahiru Pothmulla No Comments 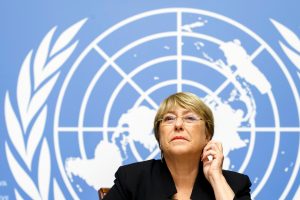 Bachelet has accused Sri Lanka of reneging on promises to ensure justice for thousands of civilians killed in the final stages of the 37-year separatist war that ended a decade ago.

“Domestic initiatives for accountability and reconciliation have repeatedly failed to produce results, more deeply entrenching impunity, and exacerbating victims’ distrust in the system,” she said in the report obtained ahead of its official release.

The government of President Gotabaya Rajapaksa has reversed some advances made under previous administrations in protecting human rights, the report said.

Surveillance of rights activists and dissidents has increased and a climate of self-censorship has emerged, it added.

May 12, 2020 byTSM Web Desk No Comments
The National Dengue Control Unit (NDCU) issued red alerts for 11 districts as the trend in dengue cases are gradually increasing with the onset of the monsoon season.

August 30, 2020 bythemorningeditor1 liberty No Comments
The RDA is to finalise the awarding of the construction contract for the long-delayed Sections III and IV of the Central Expressway Project