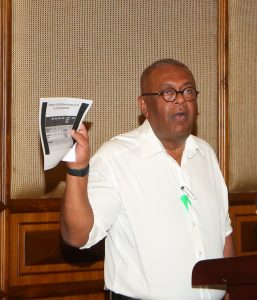 Sri Lanka has voluntarily become a signatory to all human rights conventions passed at the UN over the years and therefore, now it can’t be acting like North Korea, Venezuela or Eritrea when responding to the UN Resolution, former Foreign Affairs Minister Mangala Samaraweera said today.

Samaraweera said this in response to a question asked at a news briefing held to explain about his government co-sponsoring 30/1 UN resolution in 2015 and other matters.

When asked what the government should do now about the resolution passed at the Human Rights Council last week, he said, “The Government should place their trust on diplomacy and not confrontation. That is step number one, because diplomacy can take you to all kinds of solutions. If you are going to accuse those who criticize you as your enemies, Sri Lanka is not going anywhere. Sri Lanka has voluntarily become a signatory to all human rights conventions passed at the UN and other entities over the years and therefore, now it can’t be acting like North Korea, Venezuela or Eritrea.”

He said Sri Lanka is a country which has always dealt with the world in equal terms. “The world loves us. Even in those four years, because once we started dealing with them, they were willing to go out of their way to help us. In fact, even at this moment when Sri Lanka’s economy is in doldrums and maybe falling towards the abyss, I think our foreign relations are more important than ever,” he said. 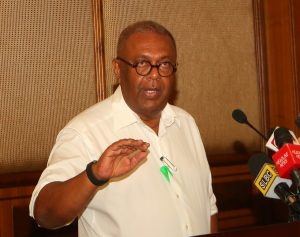 Responding to criticisms that the former Yahapalana Government has failed to take substantial measures to implement pledges made in the 30/1 Resolution, the former minister said they took several measures step by step to achieve reconciliation and  establish an independent judicial mechanism.

“We brought the Office on Missing Persons Bill. When it was presented in parliament, the government MPs and ministers had to protect me physically from the then opposition MPs. We set up the OMP. In the 2019 final budget, we allocated funds for an allowance to be paid for the families of the missing persons. The Reparations Office was set up. The cabinet paper on a Truth Commission was completed, but it got delayed due to President Maithripala Sirisena’ various requests,” he said.

Meanwhile, he said the UN cannot impose sanctions on Sri Lanka based on the resolution but that individual countries could. “I always say, regardless of the decision making at the top level, the common citizens should not be oppressed. I request any country not to impose such sanctions that would affect the citizens,” he said. (Pix By Krishan Kariyawasam)

December 28, 2021 byRuwani Fonseka No Comments
The Deputy Director of Health Services says there may be discrepancies in Covid-19 figures reported in Sri Lanka, as samples of all virus-infected persons are not sent for genomic sequencing.