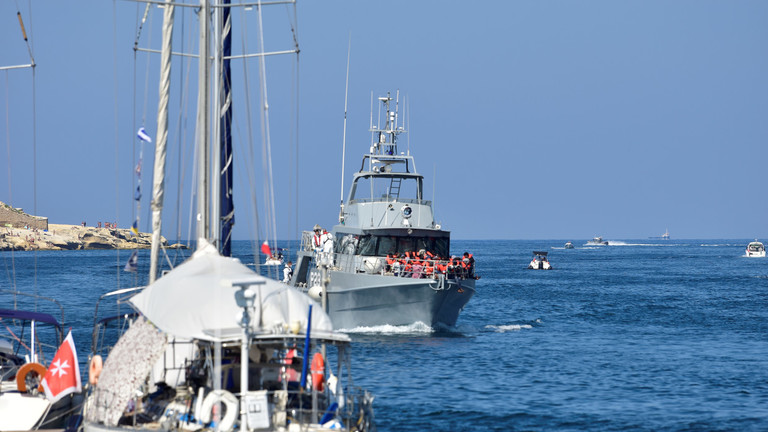 The people rescued while attempting to cross the Mediterranean Sea from North Africa are on ships chartered by humanitarian aid groups. The Italian government has banned them from its territory, and  Malta has refused to let the ships into the country’s ports, AP said.

Vincent Cochetel, UNHCR special envoy for the Central Mediterranean, said in a statement that “storms are coming, and conditions are only going to get worse.”

About 150 of the rescued passengers have been on the Spanish-flagged charity ship, the Open Arms, since they were plucked from the Mediterranean 13 days ago. The limbo of the Open Arms and a Norwegian-flagged ship operated by Doctors Without Borders and sea rescue group SOS Mediterranee is the latest in a string of standoffs.RT

July 11, 2019 byRandev No Comments
A Japanese spacecraft has landed on a faraway asteroid, where it will collect space rock that may hold clues to how the universe evolved.

September 12, 2018 byMalik No Comments
A proposal to create a whale sanctuary in the South Atlantic Ocean has been defeated at an International Whaling Commission (IWC) meeting in Brazil.