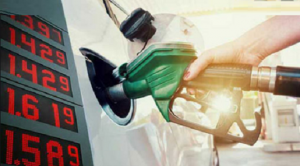 The government today said that it is unable to pass on the benefit of international oil prices due to heavy losses faced by the Ceylon Petroleum Corporation (CPC).

Co-cabinet Spokesperson Minister Bandula Gunawardana today said that the CPC had incurred a loss of Rs. 12 b as a result of the government’s decision to maintain fuel prices at the same rate.

He said due to this the government was not in a position to further reduce fuel prices.

Following the presidential elections in November the new government scrapped off the price formula which was used to decide the prices of fuel based on international oil prices.

Two arrested with passports stolen by IS

July 28, 2019 bythemorninglk No Comments
Two suspects have been arrested by the Criminal Investigation Department (CID) with passports stolen by the Islamic State (IS).

October 4, 2021 byAazam Ameen No Comments
Sri Lankan singing sensation Yohani will be receiving national honours for bringing pride to Sri Lanka. The Morning learns that the star will be receiving an award presented by Prime Minister Mahinda