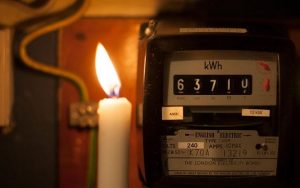 Unannounced power cuts will continue in parts of the country as sufficient rain had not been received at the hydro catchment areas, sources at the Ministry of Power and Energy said.

The Ceylon Electricity Board (CEB) Engineers also warned that power cuts will be inevitable across the country until sufficient rainfall is received at the hydro-power catchment areas.

The engineers said the volume of water behind the dams was significantly lower than usual and the current hydropower generation was only approximately 4.94 GWH.

“The recent power cuts were not as a result of the breakdown at the Norochcholai coal power plant but due to the shortage of power generation. The current power generation is not enough to meet the demand. During the last four years, not a single power plant has been set up, but during that period, the power demand has increased. There is a gap between the demand and supply and that was the reason behind the recent power cuts,” CEB Engineers Union (CEBEU) President Saumya Kumarawadu told The Sunday Morning.

When The Sunday Morning contacted the Power and Energy Ministry and the CEB management, it learnt that the CEB would continue with power cuts over the next 10 days. The two government institutions were confident that they would somehow find a solution within the next 10 days without purchasing emergency power.

The Public Utilities Commission of Sri Lanka (PUCSL), in a letter last week, said that prior approval must be obtained from the commission to implement any sort of power cuts within the country.

PUCSL Director of Corporate Communications Jayanat Herat said the Commission received complaints from consumers all over the country regarding uninform interruptions to the electricity supply on 18 and 19 March.

In the letter signed by the PUCSL Chairman Saliya Mathew, the Commission stated that according to Condition 30 (10) of the Electricity Transmission Licence No: EL/T/09-002, the CEB needed to obtain prior approval of the PUCSL for every scheduled interruption of electricity supply throughout the island or major part of the island irrespective of the cause of the same, other than the interruptions necessary due to maintenance, in respect of which prior notice is given to the general public.

In terms of Condition 30 (1) of the Electricity Transmission Licence No: EL/T/09-002, the CEB shall jointly and severally as one of the licensees, ensure that the licensees will together provide for and maintain a coordinated, efficient, and economical system of electricity generation, transmission and distribution, and supply within Sri Lanka at all times.

Accordingly, the CEB had violated Condition 30 (1) and 30 (10) of the Electricity Transmission Licence No: EL/T /09-002, by conducting scheduled interruptions throughout the country, without giving prior notice to consumers or without obtaining prior approval of the Commission.

When contacted, the Meteorology Department Duty Meteorologists Buddhika Banduratne said the rainfall received at the hydropower catchment areas during the past few days was not sufficient to generate hydropower. According to him, only 20 mm of rainfall was being received in those areas.

November 30, 2020 byNethmi Liyanapathirana No Comments
Dengue prevention assistants were deployed to ensure the continuous operation of Covid-19 prevention measures in the Beruwala and Kalutara Medical Officer of Health (MOH) Divisions.