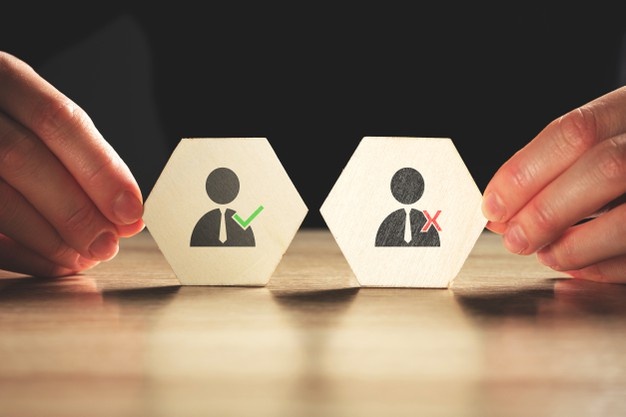 A myriad of “experts” have been making themselves heard, voicing their opinions on the X-Press Pearl disaster and its aftermath. The state spokespersons have looked rather sheepish and on the back foot, against this barrage of criticism from the vociferous critics of state policy regarding the fire on the vessel and its aftermath.

On Covid, there are experts of all stripes, taking apart government policy from all angles. Obviously, all of these opinionated people cannot be correct at the same time. But what’s clear is that there is a veritable brigade out there, on the ready to take down State policy at the drop of a hat.

This means the Government has to be on its toes. Its policy czars, the top flight administrators, have to be men and women of competence. Nobody is going to cut them any slack, to use that laconic Americanism. A lot of the critics may be unfair and politically motivated, but some of their criticism could be valid – or at least sound valid.

The government machinery has to function with great efficiency under the circumstances. But that was the promise made by the new administration too. “We will be different,” they said. There was an emphasis on technocratic thoroughness, and the pre-election propaganda was that the new administration would turn the page on political cronyism, and just plain old common or garden cronyism, in building a smart new state machinery that would revolutionise the way government functions.

In other words, there was a marked emphasis on meritocracy. They said they would brook no nonsense. The best people would man the State institutions, and this was stated as a guarantee. It’s curious that the state policymakers and top officials are coming in for so much flak on issues such as Covid management and the X-Press Pearl disaster if the State machinery is so streamlined.

Maybe the meritocracy was not all that it was cracked up to be. At least comment can be reserved on the issues of Covid, and how the X-Press Pearl ship disaster was managed. These are high-voltage issues, in terms of repercussions, and it can be expected that the opposition types will field bogus “experts” to elicit undue advantage in critical circumstances.

But what of meritocracy in general?  Any government is as good as its policy formulation and policy-implementation in the long run. That’s why a meritocracy was promised in the first place. There was the knowledge that the best people have to be in the best slots, if there was to be revolutionary change as promised.

Towards this end, at the beginning, the Government called for applications for top government posts including chairmanships of State enterprises and other key management slots in the state sector.

But how did all that work out in the end? It seemed odd, but anyone who had worked closely with the apparatus, the think-tank that propelled the president to the presidency (everyone knows what it’s called) seemed to have open-sesame entry into the top echelon of government service. Of course military personnel had such open-sesame too. No, this writer doesn’t agree that the administration has been “militarised”, as the NGO pundits have taken to bleating about. But there was a preponderance of military personnel appointed on the basis of the “personal connection”. They were the buddies of the individual elevated to power, and that was their ticket to the job. That doesn’t mean that many of them are unfit for the duties they were called upon to discharge. But even so, a meritocracy, it certainly was not.

It wasn’t and isn’t a meritocracy by any stretch of the imagination, and if that’s the way the powers that be feel about vital appointments, so be it. But kindly do leave all this talk of meritocracy aside. One cannot boast of meritocracy when almost all the appointments to key state institutions were on the buddy system, or worse. There are a few exceptions, but so few and far between as to be negligible and not worth a mention.

Now some of these folk appointed – underscore the word some – may be the correct fit by some yardstick for the job. But it is a bit grating that a government that comes to power on the promise of a meritocracy appoints almost exclusively on the basis of the buddy system, the party system, the close relations system, or the “he/she sucked up to me” system.

Those who had written a book about the big power/powers that be had a free ticket to a top job. Those who had identifiable direct connections had a free ticket too. Those meanwhile, from both here in the country and abroad who answered the call to apply based on their qualifications or experience were not so much as treated with a courtesy reply from the Secretariat that considered the applications.

Oh, and the other rationale is that “these are my buddies”. The gist of that explanation is that these people, though they happen to be buddies or one-time confidants or writers of sycophantic books, are however my buddies, and therefore if they are at my level of efficient thinking, they have to be good. It’s as if, by osmosis, anyone connected had to be great because they just have to be, how can they not be — they are my people, no?

The citizenry is supposed to accept that. The rationale is that this is a meritocracy because the intentions are good, and how can it not be a meritocracy when they are associated so closely with us, because we are after all for, wait for it, “efficiency, and merit”?

Of course they have given new meaning to the word meritocracy, but a meritocracy it is absolutely and most emphatically not. As if that was not enough, those who qualify neither by merit nor by loyalty – those who blatantly identified and promoted the last Yahapalana Government – have secured some state appointments because they came to know the trick, which was of course to ingratiate now with the powers that be, never mind the past, because sucking up had become everything in this “meritocratic” establishment. Meanwhile, those who had loyalty, had sacrificed for the previous administration of the current governing dispensation, and also had merit, were thrown under the bus because they didn’t have the “merit” of being any top-man’s sidekick.

All of it may sound a tad complicated, but it is the state of affairs. Some, such as the former Attorney General who spurned the offer of a top job after retirement from government service, did well, because they didn’t want to be pawns to be moved at the whim of those enamoured by ingratiation.

They say, if you settle for a divorce, it’s fine. If you walk out, separate – make your feelings known, that’s fine too. But what’s never fine is to be in a place where you are not appreciated.

That advice may be for conjugal relationships, but applies equally in the area of service to the country of birth. A great many who can serve and who had the zeal and vision to do so are ignored, but they are lucky – by some quirk of fortune they avoided getting into a situation where they would never be appreciated. Or even if they were, it would be temporary, because once the work got done, those who came on merit are confined to the garbage bin as regular practice. Never be in a place where you are not appreciated. Some may expand on that to say never be in a country where you are not appreciated, and they may be true too.

(The writer is a former Editor-in-Chief of three national English language publications and a practicing Attorney-at-Law. He is an Editors’ Guild award-winning columnist, and contributing writer and columnist for the Nikkei Asian Review and South China Morning Post, while his editorials have been published in The Australian)

Biden calls for healing as he celebrates ‘clear’ victory over Trump

November 9, 2020 byCharindra No Comments
US President-Elect Joe Biden celebrated his win over Donald Trump as “clear” and “convincing” in a hometown victory speech.

December 12, 2020 byLahiru Pothmulla No Comments
All South East Asian countries have taken concerted action to strengthen the delivery of noncommunicable disease (NCD) services at the primary level in line with the 2016 Colombo Declaration, WHO Sout