UNP candidate within one and half weeks 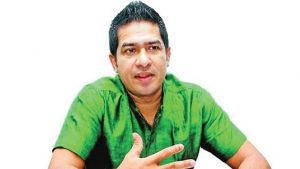 The presidential candidate of the United National Party will be declared within the next one and a half weeks,  Minister Sujeewa Senasinghe said.

Senasinghe spoke to the media following a meeting held at the residence of the Minister of Finance, Mangala Samaraweeralast last evening (28).