August 26, 2020 by themorningeditor1 liberty No Comments

By Our Political Editor 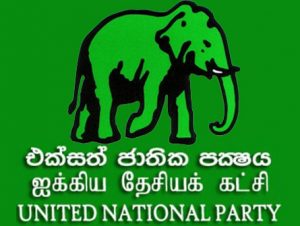 The United National Party (UNP) Working Committee (WC) that met last evening (25) is to decide on the next party leader in the first week of September.

The WC meeting that commenced at 3.30 p.m. at the party headquarters Sirikotha yesterday, concluded after over two hours of deliberations, with the decision that the party leader will be decided early next month.

Accordingly, the WC is to meet during the first week of September.

Also, the WC reached a decision that contenders for the party leadership should either be an office bearer of the party or a member of the WC.

Former Speaker Karu Jayasuriya, who on Monday (24) announced his preparedness to take over the leadership of the UNP, seems to be out of the names being considered for the party’s leadership; since Jayasuriya holds neither posts, it seems he is out of the leadership race.

A senior UNP source told The Morning that it seems unlikely that Jayasuriya could stake a claim to the post following the WC decision last evening.

Number of coronavirus cases in SL rises to seven

July 20, 2021 byMihi Perera No Comments
The Sri Lanka Medical Association says that Sri Lanka is approaching the beginning of the fourth wave of Covid.