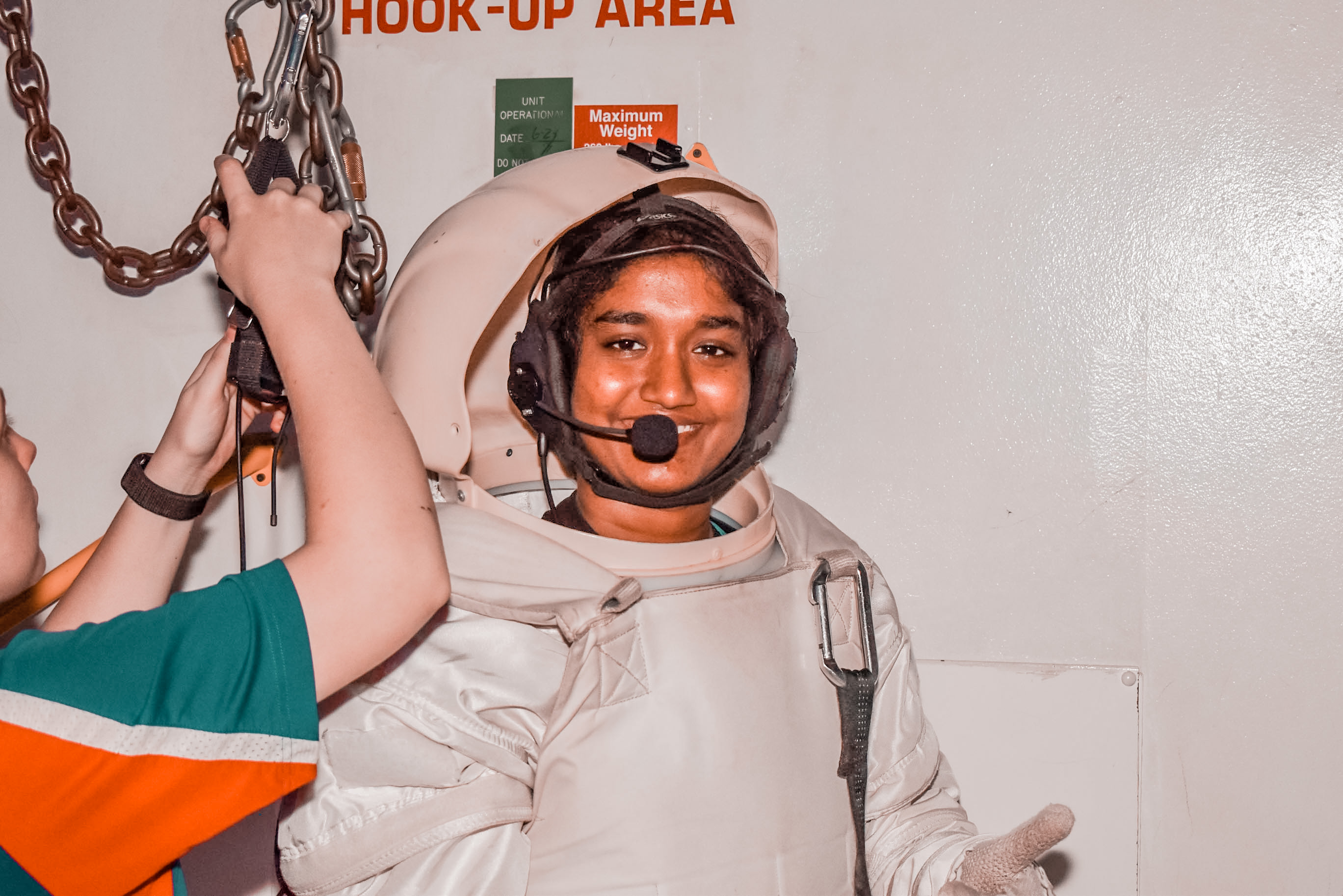 Up in space with Sandali Kumarasinghe

I just want to point out how exciting it is to even think about the concept of space, let alone get as close to it as possible. Today, we feature Sandali Kumarasinghe. She is Sri Lanka’s very own space enthusiast currently studying aerospace engineering and is also a part of The Mars Generation’s 24 Under 24. If you could not already tell, Sandali’s passion lies in astronomy, astrophysics, and space alongside music and languages. In 2019, Sandali was awarded a scholarship to the Advanced Space Academy Space Camp in the US. We got to speak to her about her experience earlier this week! Sandali hopes to one day work in a space agency. “Serving the world, making a positive impact, travelling the world, and hopefully going to space one day. But overall, being happy” is what she had to say when we asked about her goals for life. Here is what else she had to say.

Hey Sandali! Before we get into everything, give our readers a little background on you.

I’m Sandali Lakshani Kumarasinghe, a 20-year-old space enthusiast. I consider myself a STEMinist: a woman who works/studies/advocates in science, technology, engineering, and math (STEM) and encourages women to pursue careers in the STEM field. I think the best way to change the world is through empowering the passionate young community, especially the female community, through education.

So, what made you interested in astronomy and pursuing your dream to be an astronaut?

Since I was a kid, I’ve been fascinated by space, and my enthusiasm has only grown stronger. Owing to my social anxiety, I decided to work at an observatory where there would be less interactions, but after attending space camp, it was never the same. Space camp encouraged me to conquer my fears and inspired me to dream of going to space, to become an astronaut one day.

What would you say has been the biggest challenge thus far and how did you overcome it?

It’s the fears I already have inside of me for me. I’m afraid of almost everything; I used to overthink too much before trying new things. When the idea of being an astronaut first occurred to me, my whole perspective began to change. Even daring to dream big is, in my opinion, an accomplishment in and of itself.

You received a scholarship at space camp in the US in 2019. Talk to us about that experience.

In 2019, I was awarded a Leadership Scholarship to attend the Advanced Space Academy Space Camp. That was a once-in-a-lifetime experience for me. I met a number of other enthusiastic young people from all over the US and the world. Despite the fact that the programme was only a week long, I was able to try to learn several things that I had never had the opportunity to before.

During the space camp, we worked in teams and lived for a week as if we were astronaut trainees. There were many simulated missions, including the Orion Mars Mission, a one-hour low-earth orbit mission, and an extended duration mission, in which I had the opportunity to play a variety of roles, including mission specialist, EECOM, and flight activities officer. There were also engineering challenges and museum visits, among several other leadership and space-related activities.

I also had the opportunity to meet a real astronaut – NASA astronaut Larry DeLucas – for the first time in my life.

So, what skills would you say are absolutely necessary to be an astronaut?

Aside from professional skills, I believe that one should possess qualities such as hard work, perseverance, working in extreme/critical situations, the ability to endure stresses, and the ability to take swift and right decisions. Also essential are the development of leadership, communication, public speaking, and problem-solving skills.

Let’s talk about the STEM field in Sri Lanka. Where do you hope to see it go in the next few years and do you have any plans?

With the ongoing pandemic and Sri Lanka’s current politics, we can see the negative consequences of a lack of STEM education. We get to see how people respond to all of these crises, and we’re left wondering what went wrong. It is vital for Sri Lanka to grow its STEM sector. It is critical to grow the STEM sector in Sri Lanka and to educate the general public about its significance.

Right now, I’m doing my duty at a very basic level, volunteering at a few STEM-related events/workshops, but I hope to broaden it in the future and serve the nation more. In addition, two of my friends (Y.C. Wijenayake and S.R. Jayamanne) and I have started an eco-friendly organisation/business called “Arana” in which we try to serve back to the country by reforesting.

What would you say to young girls that aspire to be in the STEM field?

Always dream big, aim high, and remember never to give up on your goals. You may be afraid of being judged or doubting yourself, but if you have strong passion/ambition, just focus on your dream/goals.

Aside from space camp, what has been your favourite memory in your journey so far?

It is when I conduct workshops/space talks and meet other passionate students who share the same excitement to achieve goals similar to mine. It makes me so happy to know that I can play even a small part in igniting their passions.

July 12, 2020 byPavani Jayasinghe Munagamage No Comments
In light of the pandemic situation we are currently facing, hygiene practices are being discussed across the world. We speak of handwashing, showering, the appropriate use of washrooms, and hygienic c

Quarantined abroad – Stories from the US

May 17, 2020 byPavani Jayasinghe Munagamage No Comments
Another Sunday, another quarantine story! Things are seemingly looking up for us folks, so we must stay positive during times like these despite it being hard. I hope you had a lovely Vesak two weeks