The British and Irish Lions take a 1-0 lead in the rugby Test series against South Africa after winning the Cape Town curtain-raiser 22-17. 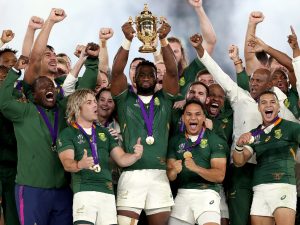 Welsh Skipper Alun Wyn Jones will lead the British and Irish Lions in their opening Test of the rugby series against South Africa in Cape Town on Saturday (24).

Jones injured his shoulder just seven minutes into the match against Japan in June and his South African tour looked doubtful before it had even begun. However, after a remarkable recovery, the Welsh Captain rejoined last week to play against the Stormers on Saturday (17) and the coaches were convinced he was fit to lead the team in the first Test. 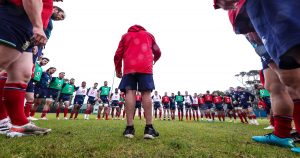 Jones will partner up with England’s Maro Itoje in the second row. Tadhg Furlong will occupy tight-head position while Luke Cowan-Dickie play as loose-head prop.

Anthony Watson will play at wing and Elliot Daly, who played on the wing in New Zealand in the 2017 tour, will play at outside-centre.

Watson is joined in the back three by Scotland’s Stuart Hogg and Duhan van der Merwe, while Daly shares the midfield with Robbie Henshaw.

At scrum-half and fly-half, Ali Price and Wales’ Dan Biggar will be making their Test debuts for the Lions. Jack Conan will take the No. 8 with Courtney Lawes and Tom Curry at blindside and open-side flanks.

The 2019 Rugby World Cup-winning Captain Siya Kolisi will lead the hosts with 21 players, out of the 23 world champion team, featuring in the present squad. Handre Pollard was named as the Vice Captain, who will be playing his 50th Test for the country.

Kolisi, winger Makazole Mapimpi, and Ox Nché were the last group of players who train at the Springbok camp in Cape Town after completing their mandatory self-isolation in Johannesburg, since testing positive for Covid-19.

Pollard and Faf de Klerk will pair up at half-back while Willie le Roux starts at full-back, alongside Mapimpi and Cheslin Kolbe at the wings. In the midfield, Damian de Allende will partner Lukhanyo Am.

There were two changes among the replacement loose-forwards where Rynhardt Elstadt replaces Jasper Wiese. Lood de Jager will take over from Marvin Orie.

September 1, 2021 byRevatha No Comments
Anwar Saheed Baba has been bought by Tamil Thalaivas of Pro Kabaddi League (PKL) in India